Chevrolet Performance pulled its LS3-powered 1955 Chevy Bel Air out from its collection and turned the spotlight on the former SEMA Show car for a recent video filmed for its YouTube channel.

This 1955 Chevy Bel Air was originally built for the 2009 SEMA Show in Las Vegas and helped draw attention to the Chevy brand as it debuted its then-new line of California emissions-compliant E-Rod crate engines. As such, this ’55 Chevy ditches its 210 cubic inch inline-six for a 6.2L LS3 V8 E-Rod crate engine, which is paired with an electronically-controlled 4L65E four-speed automatic transmission. 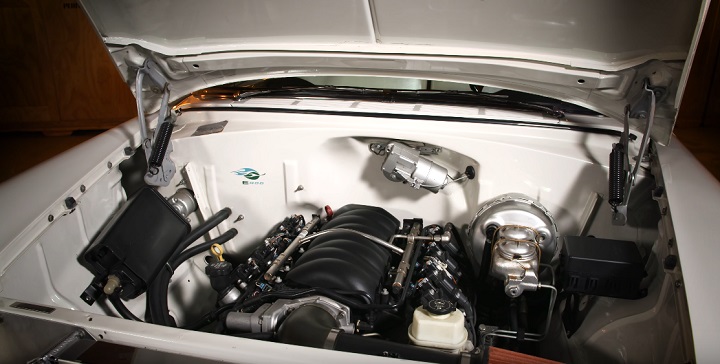 As for the chassis and suspension, this modified Chevy Bel Air has two-inch front drop spindles, C4 Corvette brakes and rotors as well as fifth-generation Chevy Camaro steel wheels, although it rides on the original 1955 frame. 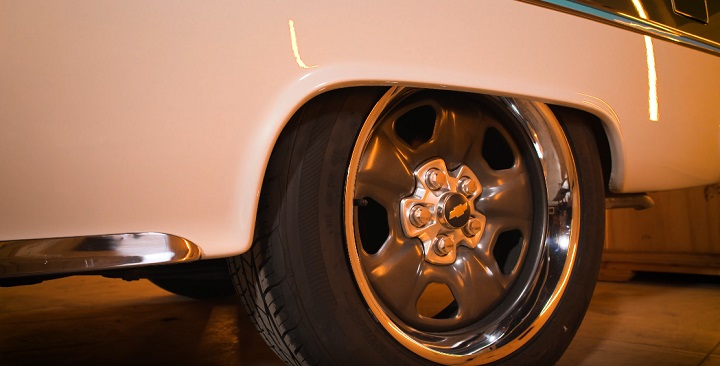 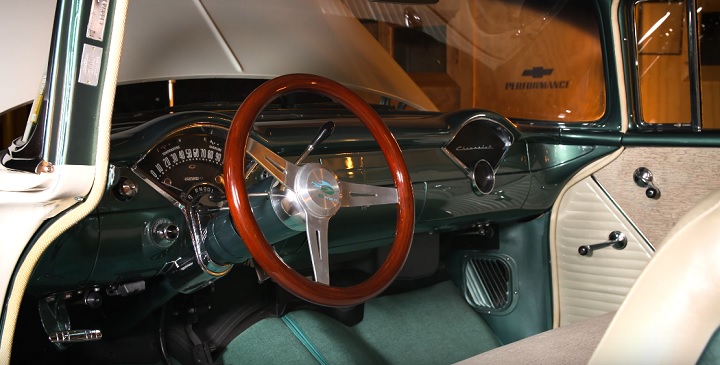 “I think it’s really cool that you kept the bench seat to give it that old-school flavor,” Chevrolet Associate marketing director, Bill Martens, says to GM design release engineer Blake Nye in the video. “It looks fantastic. It’s very unique with that (fabric) material.”

This car has been sitting in Chevrolet Performance’s collection ever since it was built for the SEMA Show way back in 2009, so it’s nice to see Chevy pulling it out of storage for its YouTube viewers to get a look at. Check out the video embedded below to see and learn more about this LS3-powered Chevy.