Corporate attire company UniFirst will return to the NASCAR Cup Series this season, serving as the main sponsor of Chase Elliott’s No. 9 Chevy Camaro ZL1 1LE for select events.

UniFirst debuted its new livery for Elliott’s Chevy Camaro this week, featuring the company’s light green, white and black color scheme. The livery will make its debut this weekend during the Instacart 500 from Phoenix Raceway, where Elliott will be looking to take his first win of the year. 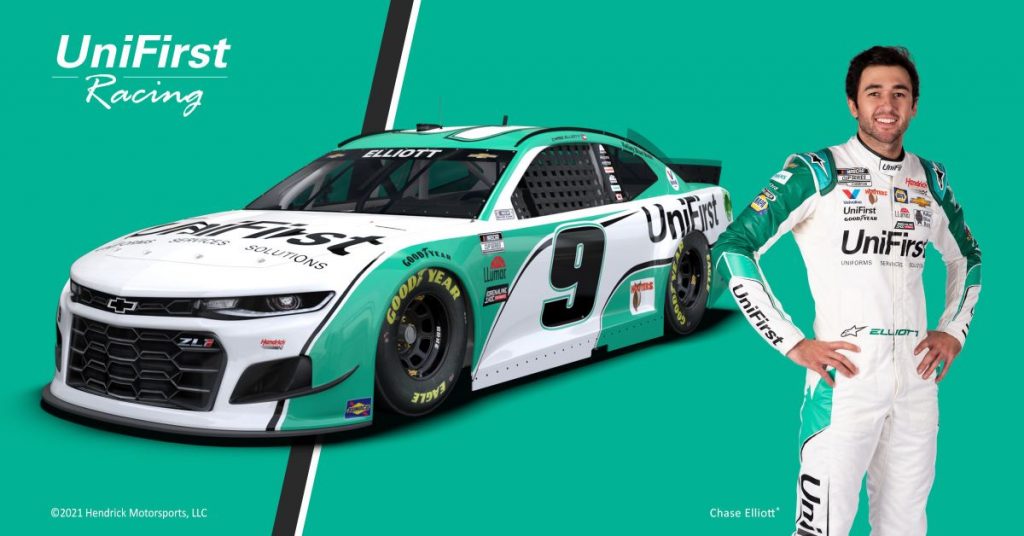 “We’re excited to continue our partnership with UniFirst and their thousands of employee Team Partners nationwide,” the reigning NASCAR  champion said in a statement. “I can’t wait to get the new, bright green and white paint scheme on track in Phoenix – it really looks great. I’m looking forward to building off the successful 2020 season and we’re going to work hard to get the No. 9 UniFirst Camaro back into victory lane.” 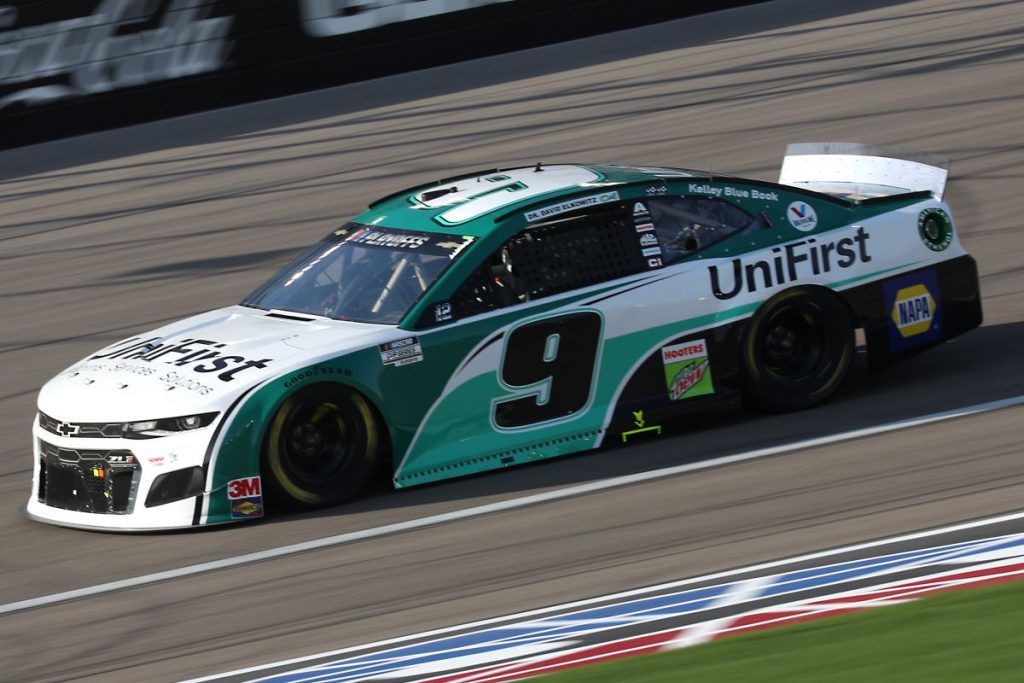 Elliott first drove the bright green UniFirst Chevy at Phoenix Raceway last March, securing a top-ten finish in the process. Elliott also put UniFirst in victory lane at the 2020 NASCAR All-Star Race before the livery appeared for the final time at the South Point 400 in Las Vegas Motor Speedway last September. Now it’s set to return for 2021 – albeit with a cleaner new layout and design.

“All of us at UniFirst are excited to join in on Chase’s quest for another Cup Series Championship,” added Adam Soreff, director of marketing and communications at UniFirst. “From the All-Star race victory to his Cup Series-clinching win, he provided all of us with some unforgettable moments in 2020, and we’re hoping for more of the same in 2021.”

UniFirst, which supplies work uniforms and other corporate attire, is the official clothing supplier of Hendrick Motorsports, as well team owner Rick Hendrick’s network of automotive dealerships, which fall under the Hendrick Automotive Group umbrella.