Automotive research firm AutoPacific has released its U.S. light vehicle sales forecast, predicting that total light vehicles sales will increase to 15.7 million units this year. That figure is a substantial 1.1-million unit increase over the 14.6 million units sold stateside in 2020. 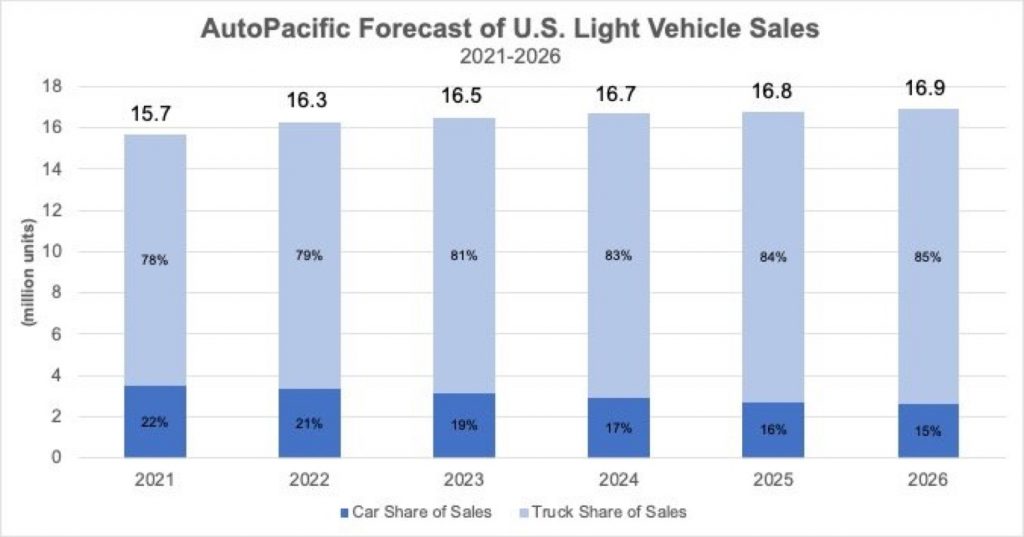 AutoPacific cites the proliferation of COVID-19 vaccinations as a primary driver of vehicle sales growth, as well as an anticipated economic recovery, including for fleet sales as consumers return to travel for business and leisure.

“As Americans begin to travel by air again, both for business and pleasure, demand for rental cars will return,” said AutoPacific Vice President Ed Kim.

As the research firm points out, upward momentum will likely be impacted by the global semiconductor chip shortage.

“As virtually all new vehicles rely on chips due to their heavy computerization, plant closures are already in effect both in the U.S. and abroad due to lack of chip supply,” said AutoPacific Vice President Ed Kim.

General Motors first expressed concern over the global microchip shortage back in January. Since then, the automaker has been forced to curtail production at four of its facilities. It’s estimated that nearly 60,000 vehicles will be cut from General Motors’ North American production schedule as a result of the shortage.