The release of the eighth-generation Chevrolet Corvette has triggered a flood of new aftermarket parts, including a wide variety of performance exhaust systems promising improved flow, a more aggressive sound, and extra performance. Now, Top Speed Pro1 is getting in on the game with its C8 Corvette Titanium X-Pipe Exhaust System. Based out of Addison, Texas, Top Speed Pro1 has been in the performance game since 1996, and offers a wide range of upgrades for a variety of makes and models, including wheels, carbon fiber pieces, and yes, exhaust systems as well.

Now, we’re getting an earful of Top Speed Pro1’s new Titanium X-Pipe Exhaust system for the C8 Corvette. As featured in the following 1-minute, 28-second video, the exhaust system adds a deep, burbling rumble to the Bow Tie brand’s new mid-engine superstar, spitting out a raspy V8 blast with each stab of the throttle.

The new exhaust note is demonstrated while the C8 Corvette is parked, as well as under acceleration from a roll and from a dig. 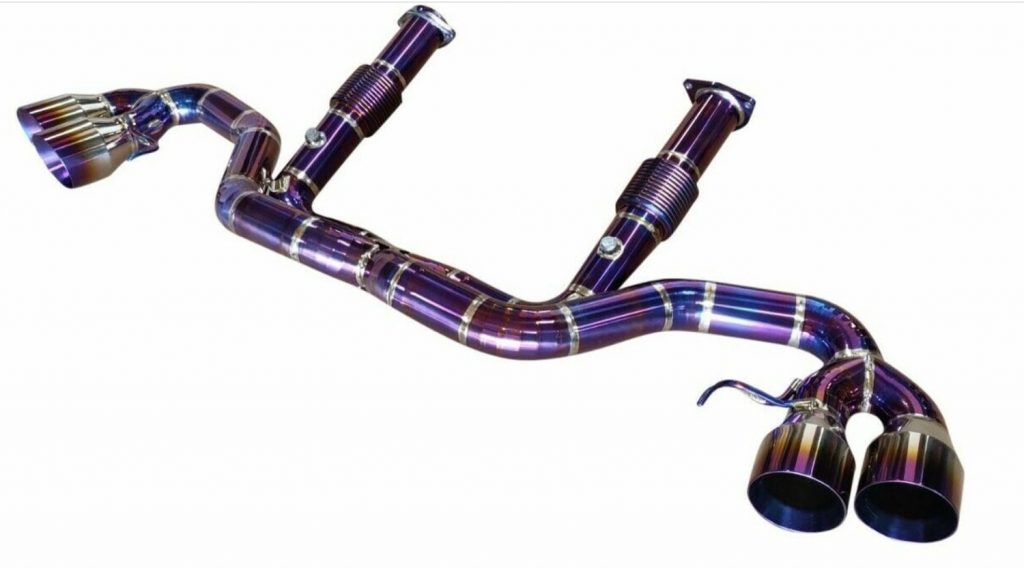 Made from 100 percent titanium, the exhaust system is relatively lightweight, tipping the scales at 28 pounds total. The system includes 114 mm exhaust tips and 76 mm piping, and is offered in a variety of finishes to suit the customer’s taste, including polished silver, burnt blue tips, full blue, and full purple.

Pricing for the system is set at $3,299, per the Top Speed Pro1 website. Top Speed Pro1 also offers a straight-pipe system for the C8 Corvette, which is priced at $2,799.

As a reminder, the C8 Corvette is equipped with the naturally aspirated 6.2L V8 LT2 engine, which produces 490 horsepower and 465 pound-feet of torque right out of the box. Throw in the factory performance exhaust, and those figures are bumped up to 495 horsepower and 470 pound-feet of torque. Top Speed Pro1 did not specify power gains for the new Titanium X-Pipe system.