While off-roading can be fun, getting stuck off-road is sometimes just part of the game. However, for those vehicles that get more stuck than usual, Matt’s Off-Road Recovery is on call for towing, recovery and rescue services. Now, we’re getting a look at one of the crew’s more difficult rescues as they pull a stolen GMC Sierra off a remote cliffside. 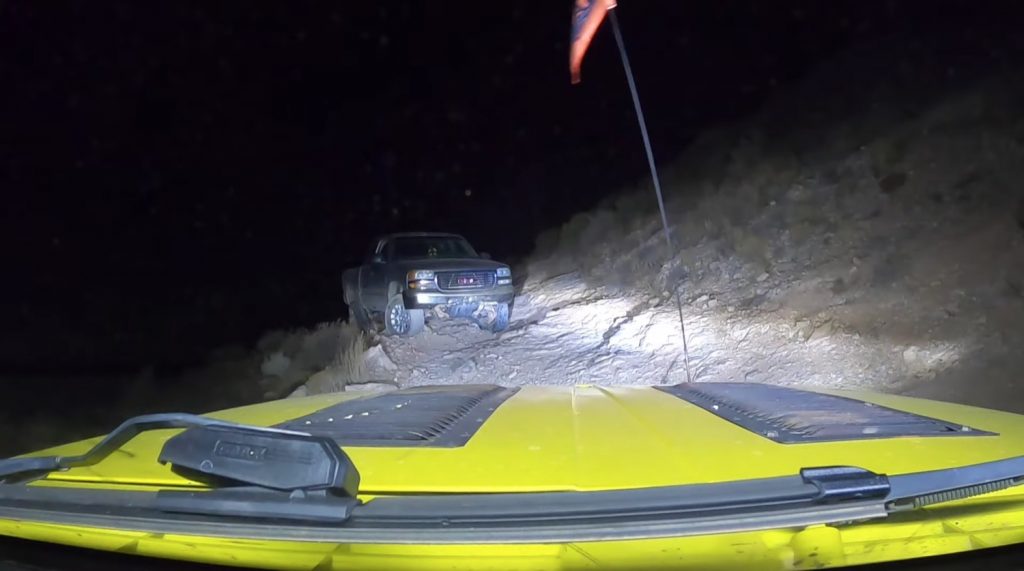 Documented in a new video posted to the Matt’s Off-Road Recovery YouTube page, there’s a number of factors at play here to make the job that much more difficult. For starters, this rescue job is at night, cutting visibility and upping the danger a bit higher. What’s more, the GMC Sierra in question has four flat tires, and is rolling around on some chewed up rims that look like they are in the process of disintegrating. Add it all up with a precarious cliffside trail, and this looks to be one very challenging job, even for this experienced crew.

According to the video description, the recovery is on Honeymoon Trail, located near Zion National Park in southern Utah, just north of the Arizona border. While typically a great spot for some sightseeing and a natural getaway, the remote location makes the recovery even trickier, necessitating a long-haul tow back across the rocky terrain. 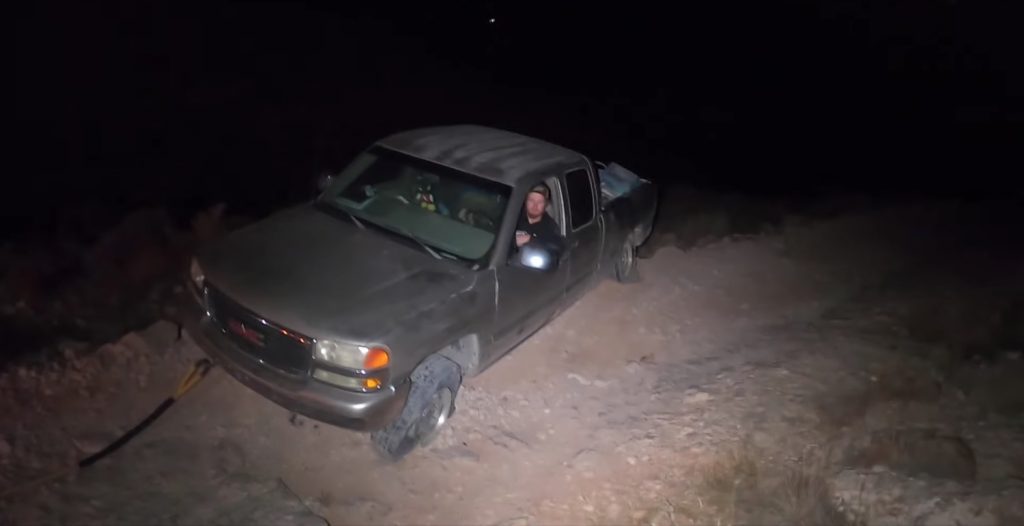 The story behind how this GMC Sierra ended up where it was found is unclear, but apparently, someone stole it and took it for a joyride through the trails of southern Utah. After the tires blew, the thief continued to ride the truck as far as possible, eventually ditching it after it was high-centered on a huge rock.

That’s where the Matt’s Off-Road Recovery crew come in, arriving with gear and some lifted Jeeps to pull the poor GMC Sierra free.

If you like off-roading and watching talented folks put their recovery skills to the test, this video is a good one to hit play: