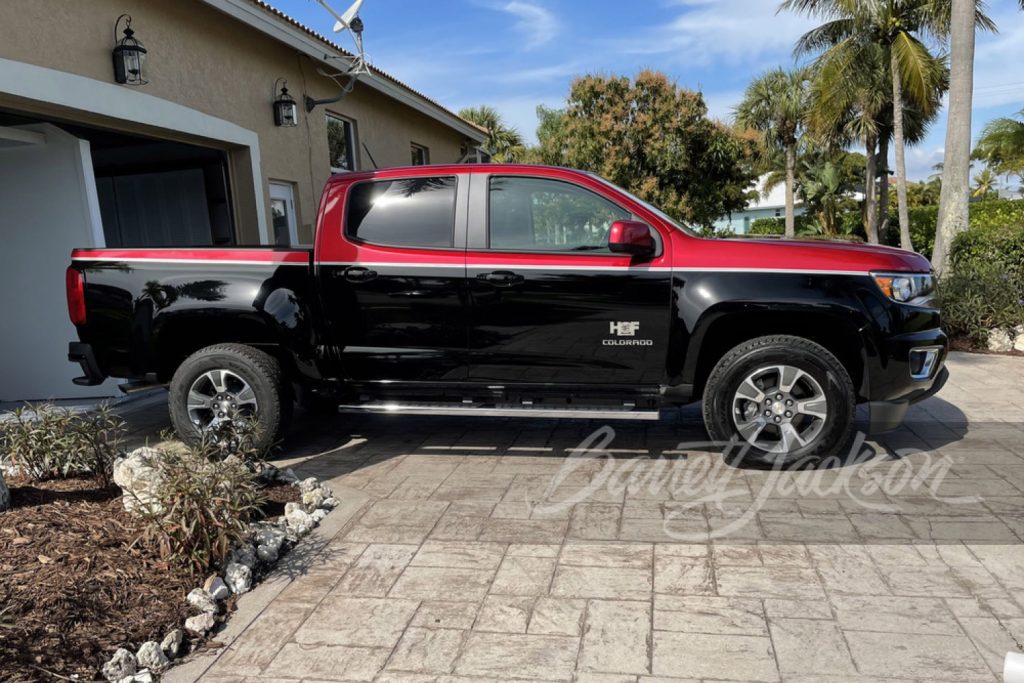 For those readers who may be unaware, just a handful of 2015 Chevy Colorado Hall of Fame Edition trucks were produced – five to be exact. This particular example featured here is number 3, which could make it that much more desirable for hardcore Earnhardt Sr. fans. 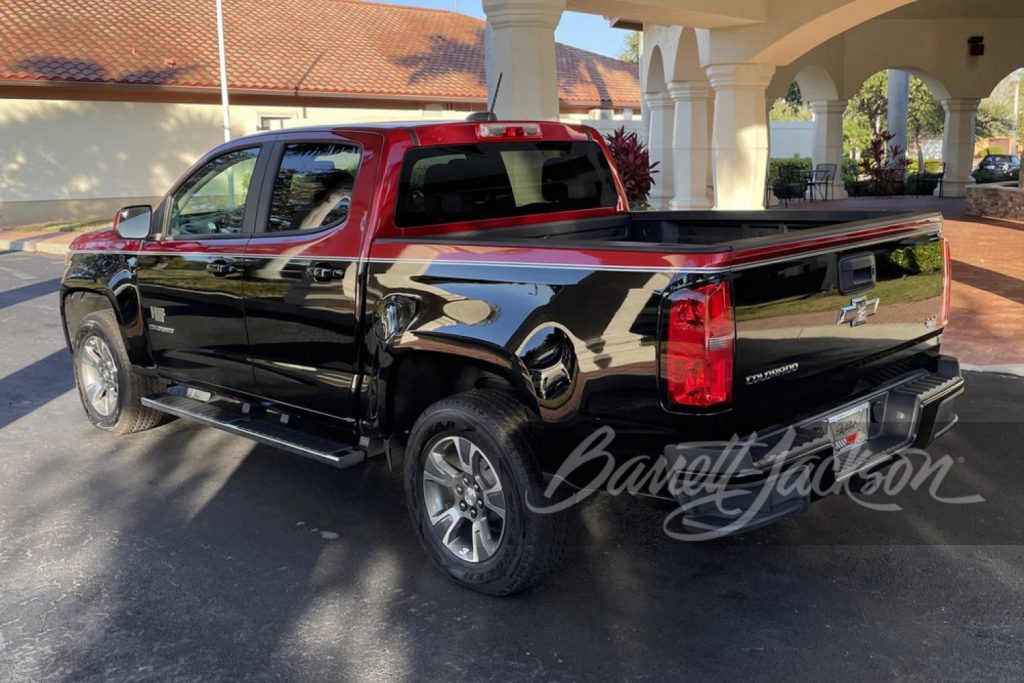 Standout features for the special-edition pickup include a two-tone Candy Apple Red and black paint job, with dual silver pinstripes running down the flanks from the headlamps down around the tailgate. The color scheme continues inside with further Candy Apple color treatment for the center console and center stack surround, while the headrests feature unique embroidery with Earnhardt shown raising his arms in victory, plus the script “Hall of Fame, Dale Earnhardt” underneath. 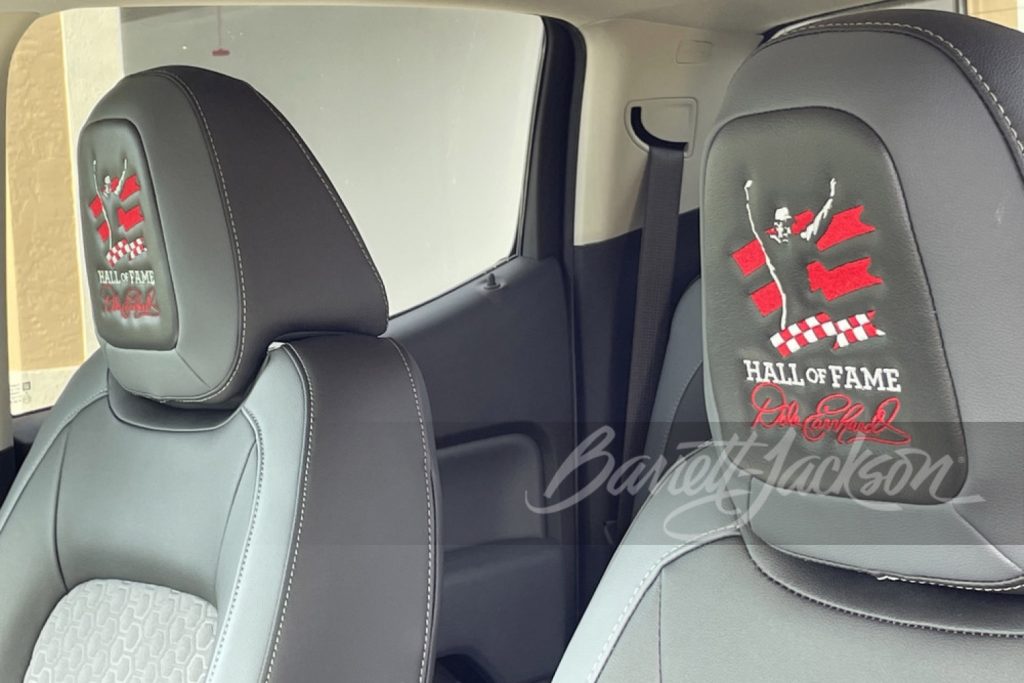 The floor mats also sport unique Hall of Fame embroidery, while members of the Earnhardt family have signed various bits of the interior, including the sun visor and the glove box.

Additional touches to this special edition Chevy Colorado include a holographic Dale Earnhardt graphic on the hood, as well as a wealth of unique badging and plaques inside and out. 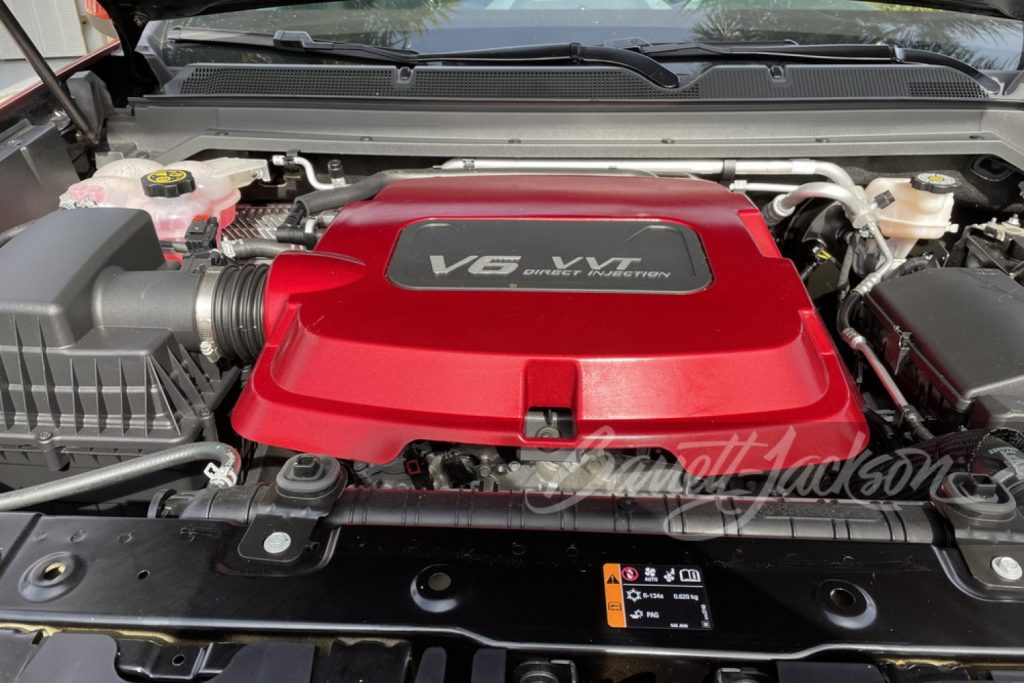 Under the hood, this special edition 2015 Chevy Colorado runs the naturally aspirated 3.6L V6 LFX gasoline engine, which is rated at 305 horsepower and 269 pound-feet of torque, connecting to a six-speed automatic transmission. According to the listing, the truck shows just 43 miles on the odometer. The sale also includes an official Certificate of Authenticity.

“This truck has every option available on a 2015 Chevrolet Colorado,” states the auction listing. 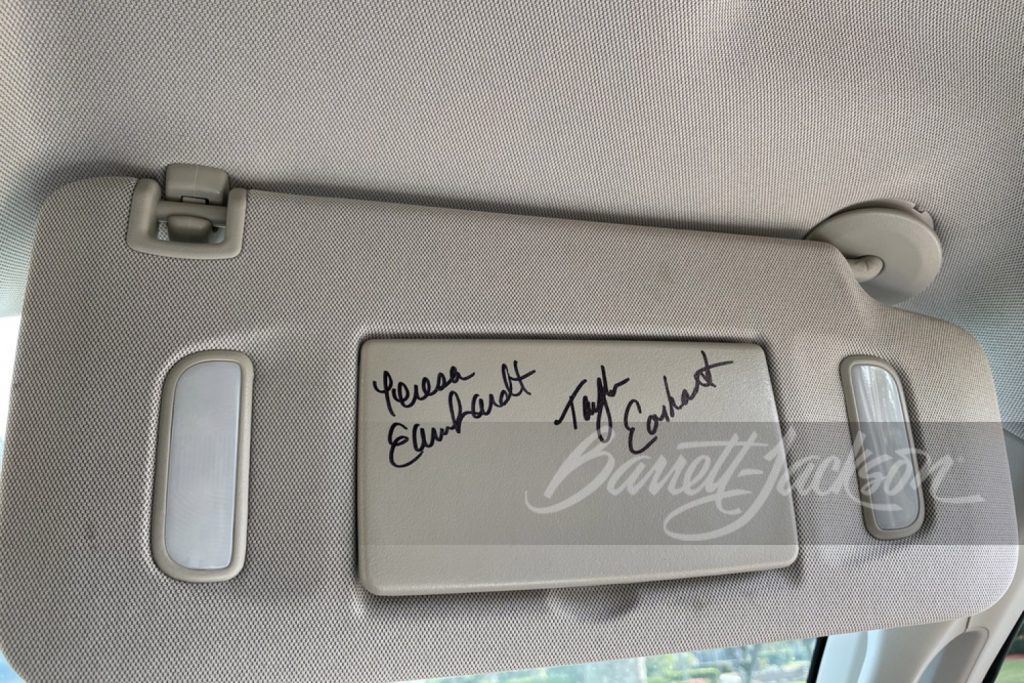 Now, this rare special edition 2015 Chevy Colorado is up for grabs at the Barrett-Jackson Scottsdale – March 2021 event as Lot #945.