The overwhelming majority of Chevy Bolt EV units that were sold in Canada last year were purchased in Quebec, with roughly 75 percent of sales attributed to the French-speaking region in 2020.

A total of 4,025 Chevy Bolt EV units were sold in Canada last year, with Quebec sales alone totaling 3,020 units. That means Quebec account for exactly 75 percent of all Chevy Bolt EV sales in Canada last year – an impressive statistic considering Ontario is quite a bit larger than Quebec from a population standpoint. Quebec also accounted for roughly 70 percent of all Bolt EV sales in Canada in 2019.

Sales of battery-electric vehicles like the Chevy Bolt EV are typically stronger in Quebec than elsewhere in the country due to the incentives available in the province. The Quebec government offers an $8,000 rebate on new EV purchases, which compounds with the federal iZEV rebate for maximum savings of around $13,000.

The Chevy Bolt EV has achieved over 100,000 global sales since it first launched back in late 2016. The most popular market for the battery-powered hatch is the USA, followed by Canada and then South Korea. The vehicle is also sold in Mexico, certain South American countries (like Brazil) and the Middle East. 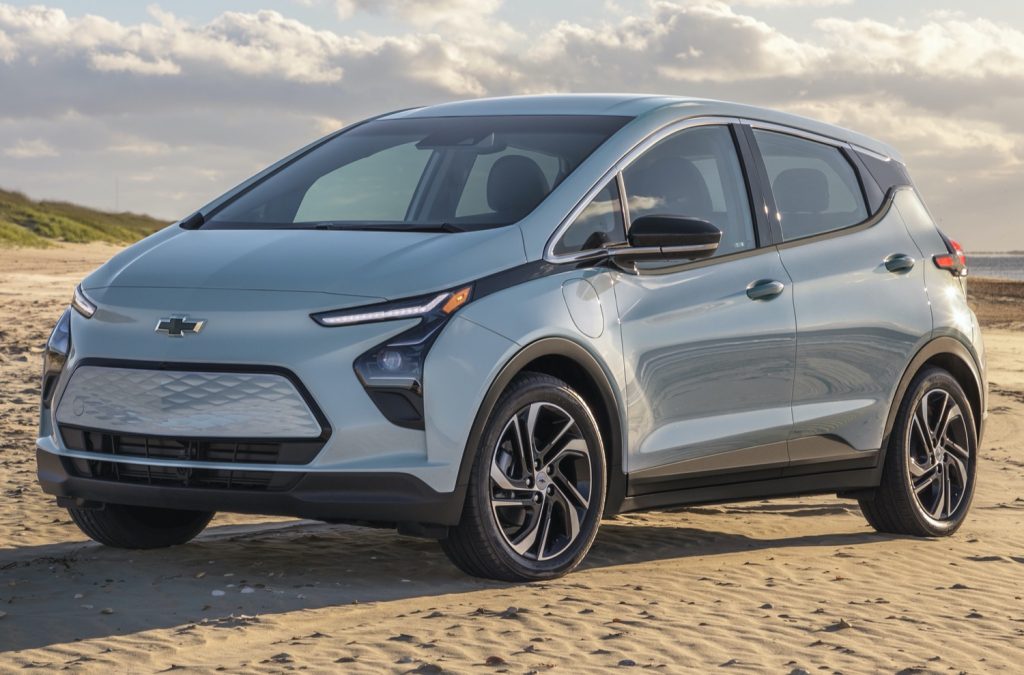 General Motors recently pulled the veil from an updated version of the Chevy Bolt EV, which offers redesigned exterior styling, a revamped interior and new seats. The vehicle sticks with its existing BEV2 platform and is powered by a single front-mounted electric motor producing 200 horsepower and 266 pound-feet of torque. Energy comes from a 65-kWh lithium-ion battery, which provides an estimated 259 miles of range on a full charge.

Pricing for the refreshed 2022 Chevy Bolt EV starts at $31,995 in America including destination and before any state, local, or utility incentives are factored in.