Michigan-based Hummer shop Mil-Spec specializes in restoring and re-imagining the iconic Hummer H1. We’ve covered its impressive H1-based builds several times in the past, but now it’s debuted the second-generation of the reimagined Mil-Spec Hummer, which it’s referring to as the M1-R. 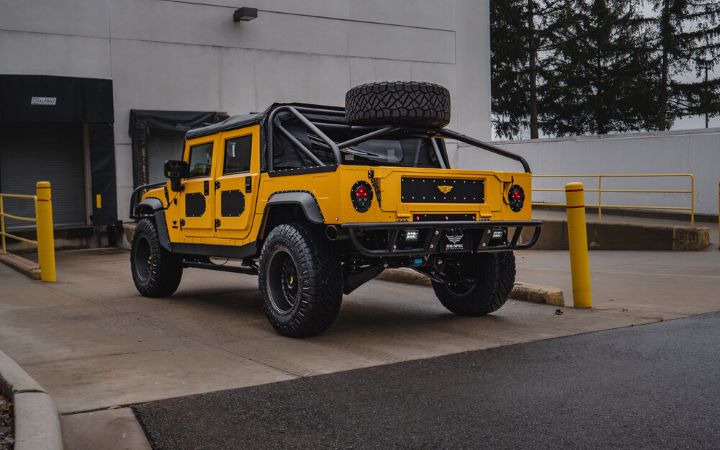 The Mil-Spec M1-R rides on an overhauled H1 platform and is powered by a 6.6L LBZ V8 Duramax diesel engine built by Michigan-based shop HSP. The Duramax diesel, which produces 500 horsepower and 1,000 pound-feet of torque, links up to a built Allison six-speed automatic transmission that has also been re-engineered by HSP. Other performance upgrades include 12,000 lb geared hubs/half shafts, a locking differential and optional six-piston Wilwood brakes. 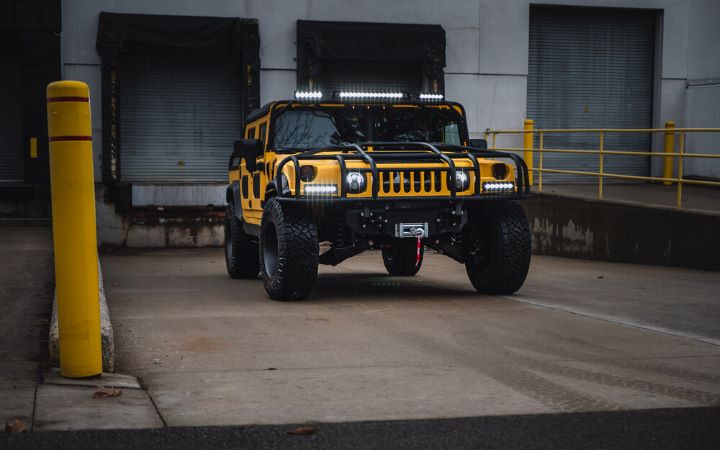 The cabin is where the second-gen M1-R really improves upon previous Mil-Spec builds. The M1-R is highly customizable and built to order, but some of the standard cabin features include multi-function gauges, a billet steering wheel, machined metal cupholders and A/C vents, leather upholstery and six total USB outlets. The driver also has quick access to an electronic gear selector panel, electronic parking brake, an engine mode selector with a machined metal knob and billet A/C controls, which sit on a small panel to the right of the driver’s seat. A four-speaker JL Audio system with a marine-grade head unit and window-rattling subwoofer rounds out the interior upgrades. 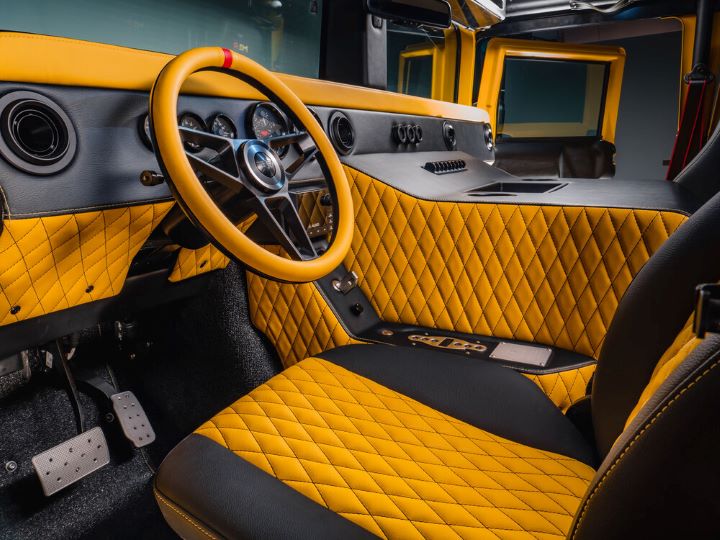 “After the introduction of our first re-envisioned Hummer H1 by Mil-Spec Automotive in 2018, we could not wait to get to work on the second generation,” Mil-Spec says of the new M1-R. “Development began in partnership with our clients to develop an evolved model. We focused on retaining the most successful elements of the Launch Edition while eliminating its weak points. The result, is our first ‘vision’ build, the M1-R.”

Not surprisingly, the Mil-Spec M1-R won’t come cheap. Prices start at $299,999, and with every order built to the customer’s wishes, it’s likely that many M1-Rs will be packed full of pricy options.  Something tells us Mil-Spec’s clientele aren’t too concerned about the price, however.