Joey Logano held off a determined Denny Hamlin to win the Food City Bristol Dirt Race Monday night,  which was the first NASCAR Cup Series race on dirt since 1970. 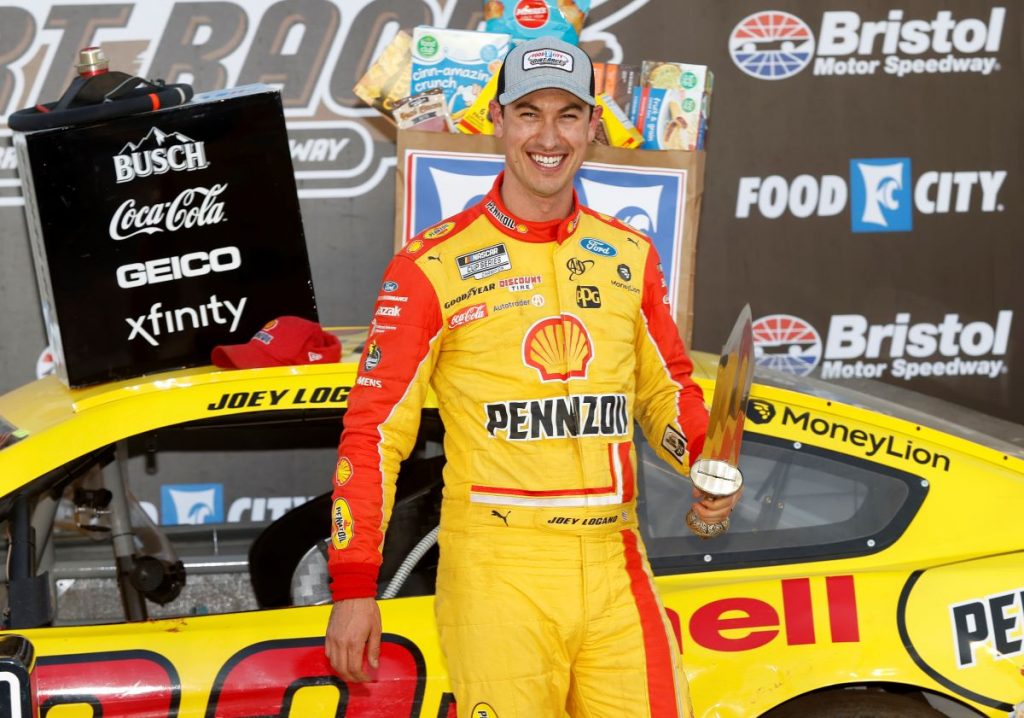 Logano led the final 61 laps after passing Daniel Suarez on Lap 193 of a scheduled 250. The win didn’t come easy for the No. 22 Ford Mustang team, though, with Logano fending off a hard-charging Denny Hamlin following an overtime restart on lap 252. Hamlin attempted to make a pass stick around the outside of Logano following the restart, but drove the corner too deep and struggled for grip on the slippery clay surface.

“I really couldn’t see a whole lot,” Hamlin said post-race. “I was kind of guessing. I thought I could, on that last restart, run the top in hard, but they didn’t prep it in between cautions the way they did before. It was just marbles up there.”

“I cut the 22 too many breaks there when he was cutting us off. They had a little better car, it looked like, there in the long run.” 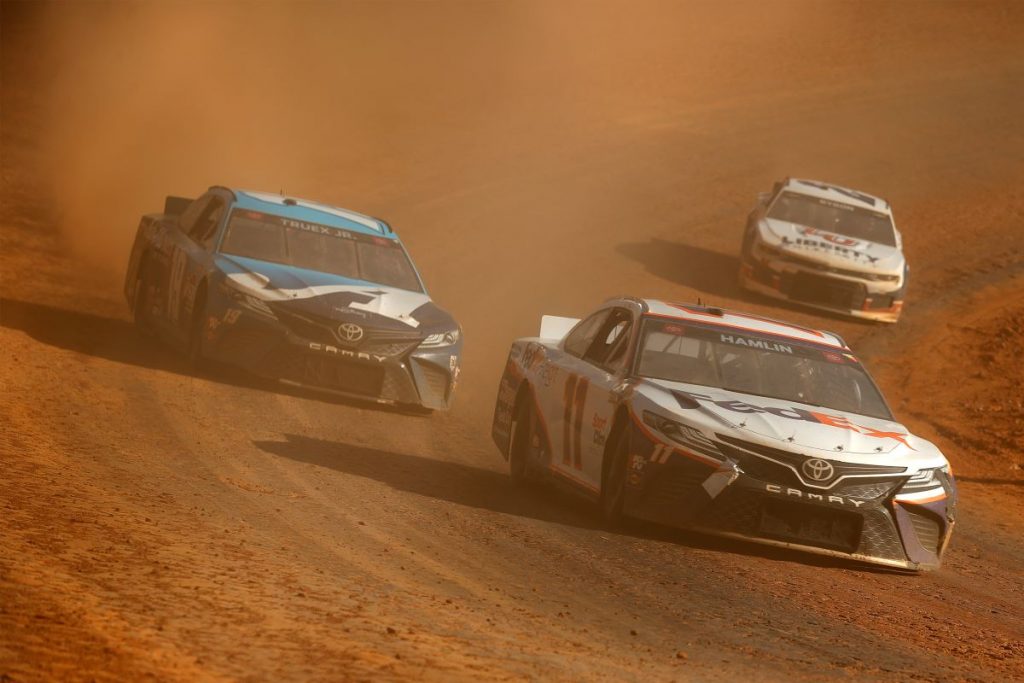 Hamlin’s mistake allowed Ricky Stenhouse Jr. to pass the No. 11 Toyota and secure a strong runner-up finish for Chevrolet. Hamlin came home third, followed by Suarez in fourth and Ryan Newman in fifth.

Kyle Larson and Christopher Bell, arguably the NASCAR Cup Series strongest dirt drivers, were the favorites heading into the first-ever Bristol dirt race. However their chances at victory fell by the wayside early on after Bell spun out while in the top groove, taking Larson, Kevin Harvick, Ross Chastain and other big names with him. Larson was able to continue on in his No. 5 Chevy Camaro ZL1 1LE – albeit with a missing hood and front bumper. 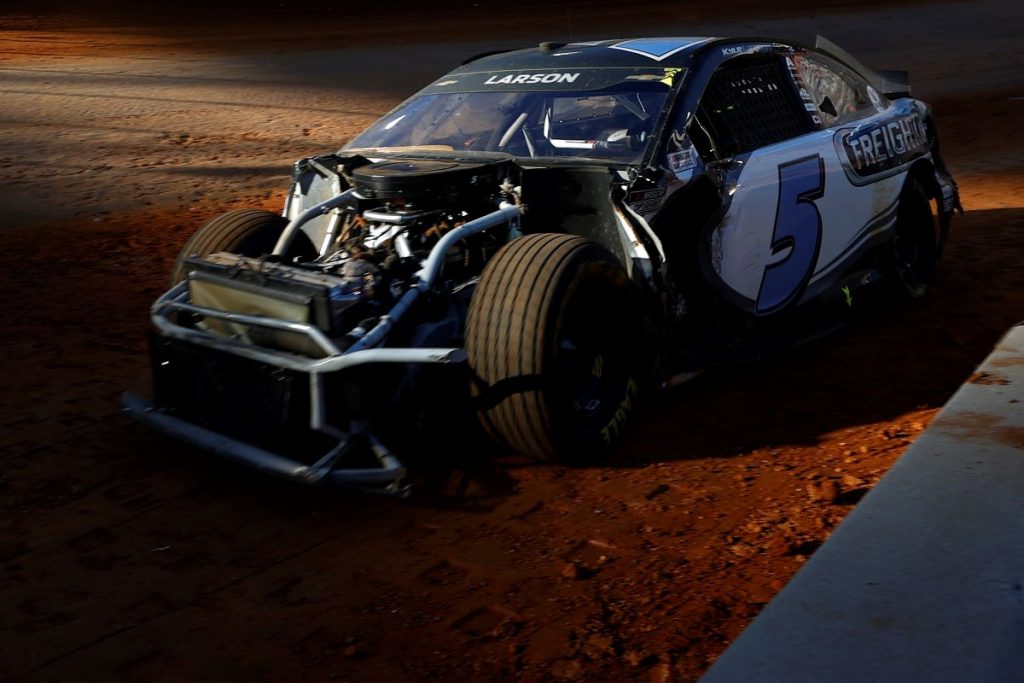 Full highlights from the NASCAR Food City Bristol Dirt Race are embedded below. NASCAR has an off week this weekend due to Easter, but will return to the track on April 10th for the BluEmu Maximum Pain Relief 500 from Martinsville.