The Chevrolet Corvair gets a bit of a bad wrap in car enthusiast circles, mostly due to road safety advocate Ralph Nader’s efforts to defame the vehicle as being poorly designed and “unsafe at any speed.” In reality, though, the Corvair is a great affordable classic car that’s fun to drive, cheap to work on and easy to modify. Don’t take it from us, either – take it from one of the most celebrated enthusiasts in American car culture: Jay Leno. 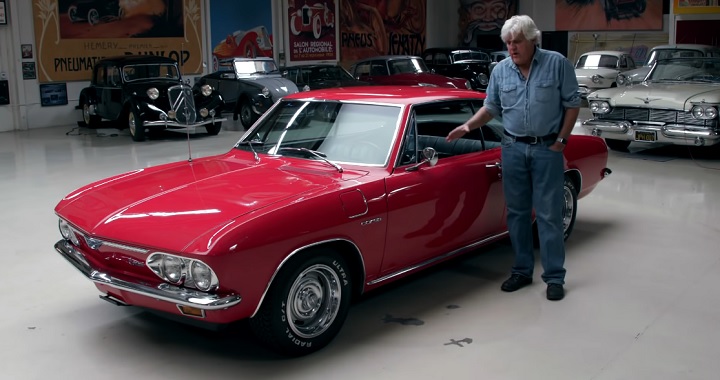 Leno recently pulled his 1966 Chevrolet Corvair out for an episode of his long-running and hugely popular YouTube show Jay Leno’s Garage. The former talk show host’s Corvair is particularly interesting, as it is one of the turbocharged Corsa models, which were the most powerful production Corvair models offered. The turbocharged 2.7L flat-six Corsa engine produced 180 horsepower, which is very respectable for an early small-displacement turbocharged motor, although the sprint to 60 mph still took about ten seconds with the four-speed manual transmission equipped. 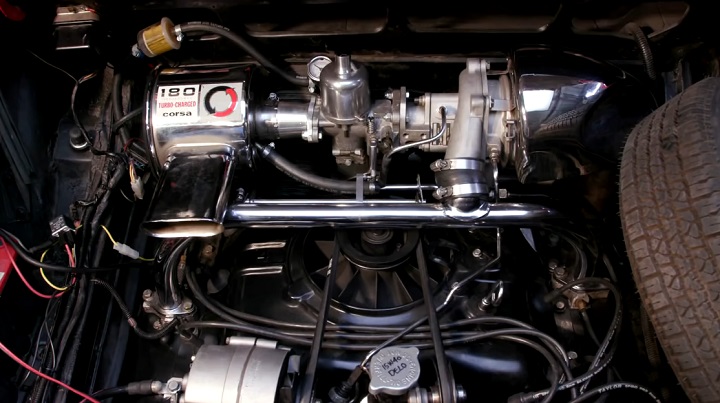 The Corvair may not be the fastest classic car you can buy, but Leno believes they are a great way for budding classic car enthusiasts to get into the hobby, making them an important part of American car culture. 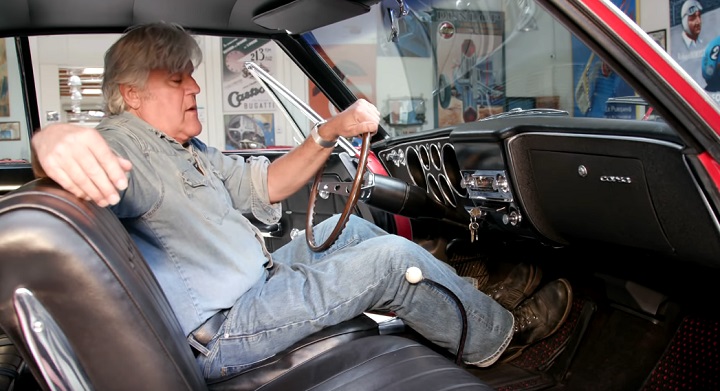 “I think it’s one of the greatest American cars, certainly of the most innovative cars, of the 1960s,” Leno says of the Corvair. “I really enjoy driving this. You know there are so many Corvair clubs and there are just a great bunch of folks in those Corvair clubs. You can still pick these up (for a reasonable price).”

Check out the video embedded below to learn more about Jay Leno’s 1966 Chevrolet Corvair Corsa and see him take it for a short drive on the sunny streets of LA.