A rather scary accident involving a third-generation GMC Yukon that was towing a small enclosed trailer has been captured on video by a fellow motorist with a dashcam. 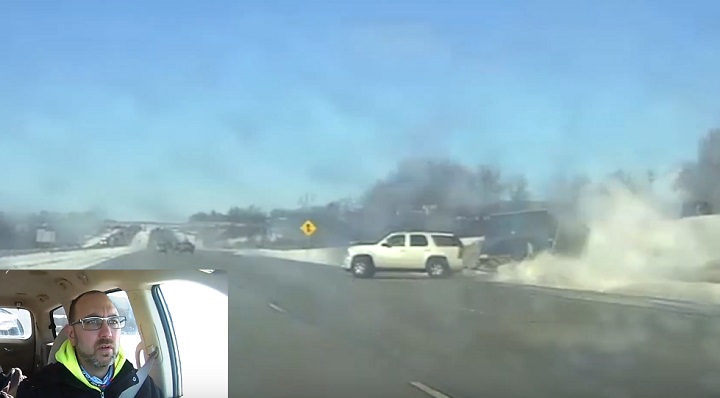 This dashcam video was submitted to the ViralHog YouTube channel by a photographer in Germantown, Wisconsin. The photographer said he was on his way to a real estate photo shoot when the gold-colored GMC Yukon that was traveling in front of him lost traction on the ice. The dashcam video shows the SUV traveling at regular highway speed when it appears to hit a patch of ice underneath an overpass, causing the trailer to sway slightly. The driver of the Yukon then appears to overcorrect the steering in an attempt to regain control of the vehicle, causing the trailer to jackknife and flip. 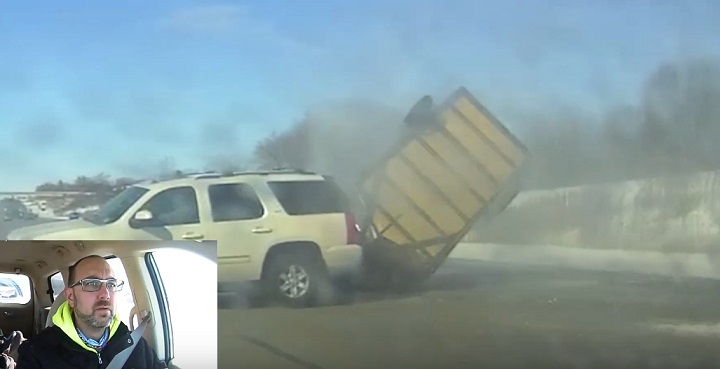 The motorist that managed to capture the video had this to say about the incident:

“I was on my way to do a real estate shoot as I am a photographer/videographer,” the person said. “It just got done snowing and as I was leaving Milwaukee county I noticed it was blue skies and clear as I was just driving in snow and grey sky (ten minutes) before on the road. I watched this so many times to see how it happened but looking at the footage and slowing it down, I noticed as he changed lanes the trailer looks to drift right on some ice under the bridge and I think he panicked and jerked the wheel too fast and well the rest is history.” 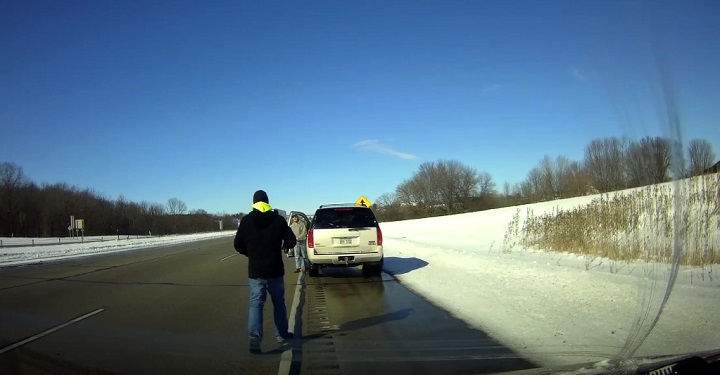 The motorist says they pulled over to the side of the road to check on the GMC Yukon driver and see if they needed a ride. The driver said they were okay and denied the ride, choosing instead to stay on scene with the (now detached) trailer.