General Motors is gearing up to reveal the new GMC Hummer EV SUV, pulling the sheets on a fresh body style for the reborn all-electric Hummer nameplate. 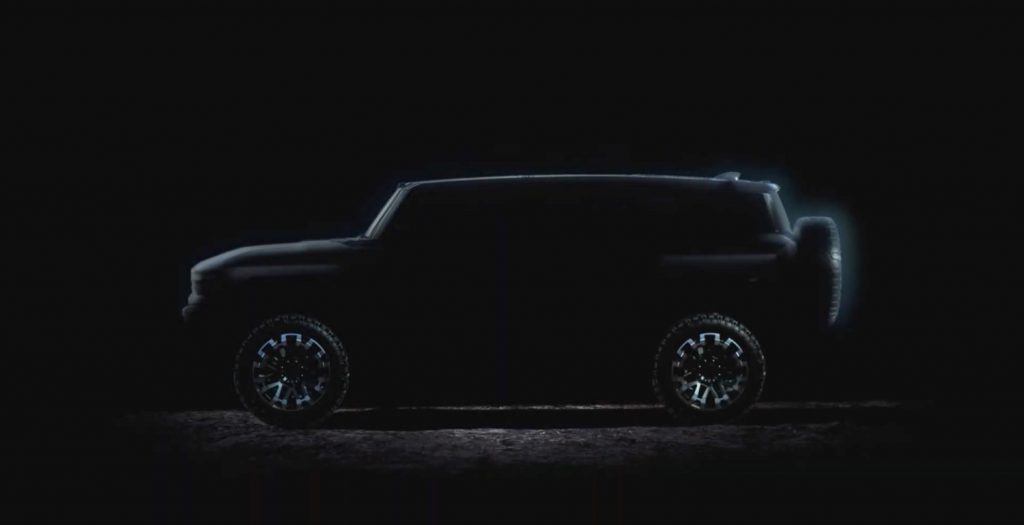 The automaker has primed the upcoming debut with a new teaser video. Clocking in at just 30 seconds, the video builds hype for the upcoming Hummer EV SUV by showing an approaching storm, which results in static on a television at a diner. We next see what appears to be a meteorite streaking towards the ground, falling through the clouds as it approaches a city center. The street lights flickers as the grey clouds above swirl, with the citizens below looking up to see what’s approaching. A cover of Led Zeppelin’s Immigrant Song starts to play in the background as the city streets vibrate.

“If one supertruck can change the world, imagine what two can do,” says the voiceover narration.

The new GMC Hummer EV SUV is set for a reveal on April 3rd, dropping cover during television coverage for the NCAA Final Four at 5 p.m. EST. The reveal will also be simultaneously broadcast over the Internet during a livestream event on the GMC website. Reservations will open online in conjunction with the model’s debut.

We previously got a look at the GMC Hummer EV SUV at the 2020 Barclay’s Global Automotive Conference late last year, where the new all-electric vehicle was seen on stage behind several GM executives draped in shadow. The SUV will be closely related to the current Hummer EV Pickup, but with a restyled body that includes a taller rear end and boxy proportions, rather than a bed.

Under the skin, the Hummer EV SUV is expected to be identical to the Hummer EV Pickup, riding on GM’s new BT1 all-electric vehicle platform, with Ultium lithium-ion battery technology and Ultium Drive electric motors providing the motivation. Like the Pickup model, the SUV’s output should range as high as 1,000 horsepower, with 60 mph arriving in a mere three seconds.