Rohit Makharia, a longtime General Motors employee that was responsible for the development of the lithium-ion battery for the Chevrolet Bolt EV, has been named the Chief Operating Officer and president of battery start-up SES, formerly known as SolidEnergy Systems. 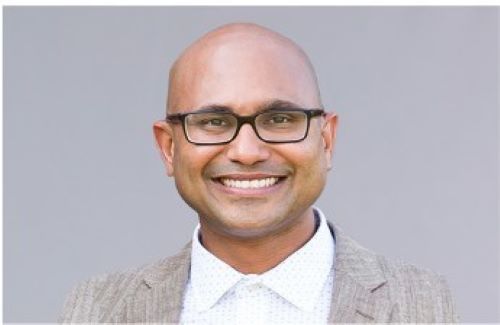 SES, based in New England, develops and manufactures materials for use in battery cells for consumer electronics and electric vehicles. GM became a shareholder in SES five years ago after the automaker’s internal investment arm, GM Ventures, provided financial backing to the battery development company.

SES and GM outlined a new partnership earlier this month that will see the two companies jointly develop lithium battery cells for electric vehicles with the hope of creating a more energy-dense cell that will help GM take the fight to Tesla and other rivals in the EV space.

Makharia was formerly an SES shareholder before moving into his new role as COO, reports Automotive News. Speaking to the publication this week, Makharia said SES is currently “going through an inflection point,” as GM and its other auto industry partners prepare to ramp-up electric vehicle development and production in the coming years.

“The next step is here. And we need to get ready to commercialize,” the chemical engineer told AN.

Makharia has been with GM for nearly 20 years and most recently served as an investment manager for GM Ventures. He also led the battery development for the first-generation Chevrolet Bolt EV, which features a 60 kWh lithium-ion battery providing an estimated 259 mile of driving range.

GM’s new development agreement with SES will see the two companies jointly develop groundbreaking new lithium-metal battery technology for use in the automaker’s second-generation Ultium battery packs. GM President Mark Reuss believes the automaker and SES are “on the cusp of a once-in-a-generation improvement in energy density and cost,” with the new battery design, which is expected to reach production by as early as 2023.

In a statement released this week, Dr. Qichao Hu, founder and CEO of SES, said the company is “well-positioned to help shape the future of EVs,” with GM’s backing.

“The impressive backgrounds of this leadership team exemplify how SES is able to cross the chasm that exists today in the electric battery market,” Dr. Qichao Hu, founder and CEO of SES, said in a prepared statement released this week. “We are not only producing battery materials, but building a vertically-integrated Li-Metal battery cell company which provides a comprehensive solution that no one else in the market can offer.”