As it stands now, General Motors has no factory answer to the Ford F-150 Raptor and Ram Rebel TRX, two high-performance off-roaders pairing serious under-hood firepower with impressive rough-stuff capability. Without a proper GM response to these two pickups, some GM fans have expressed feeling left out in the cold. However, that isn’t stopping GM Authority reader Jeff from turning his Chevy Silverado Trailboss into a bonafide Raptor and TRX rival. 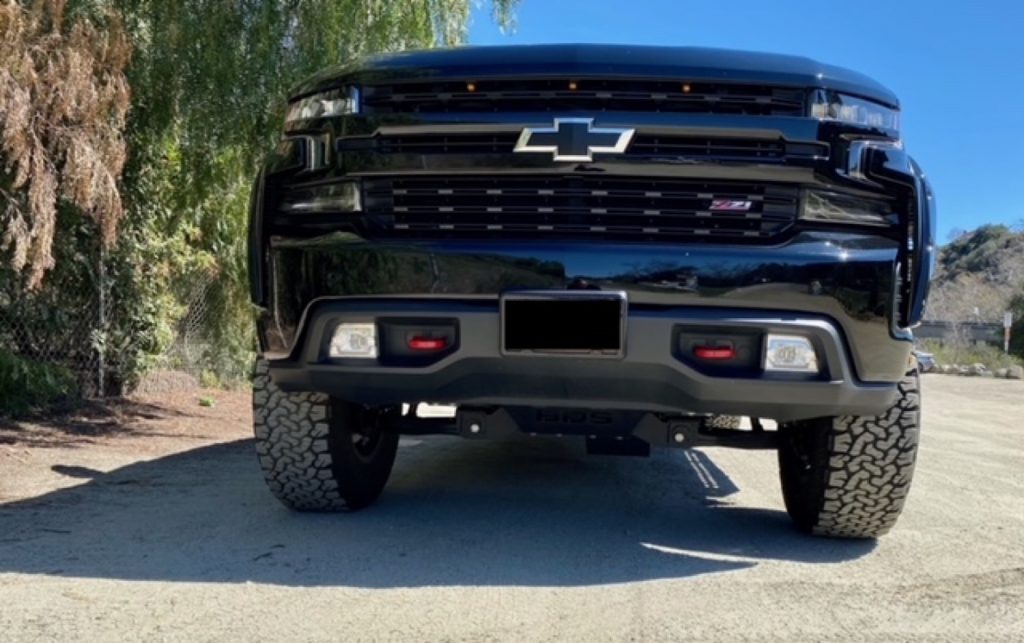 Regular GM Authority readers may recognize Jeff’s 2020 Chevy Silverado Trailboss LT from a Readers Rides feature we published in April of last year. In the time since, Jeff has made a few adjustments to his build, starting with something big under the hood. 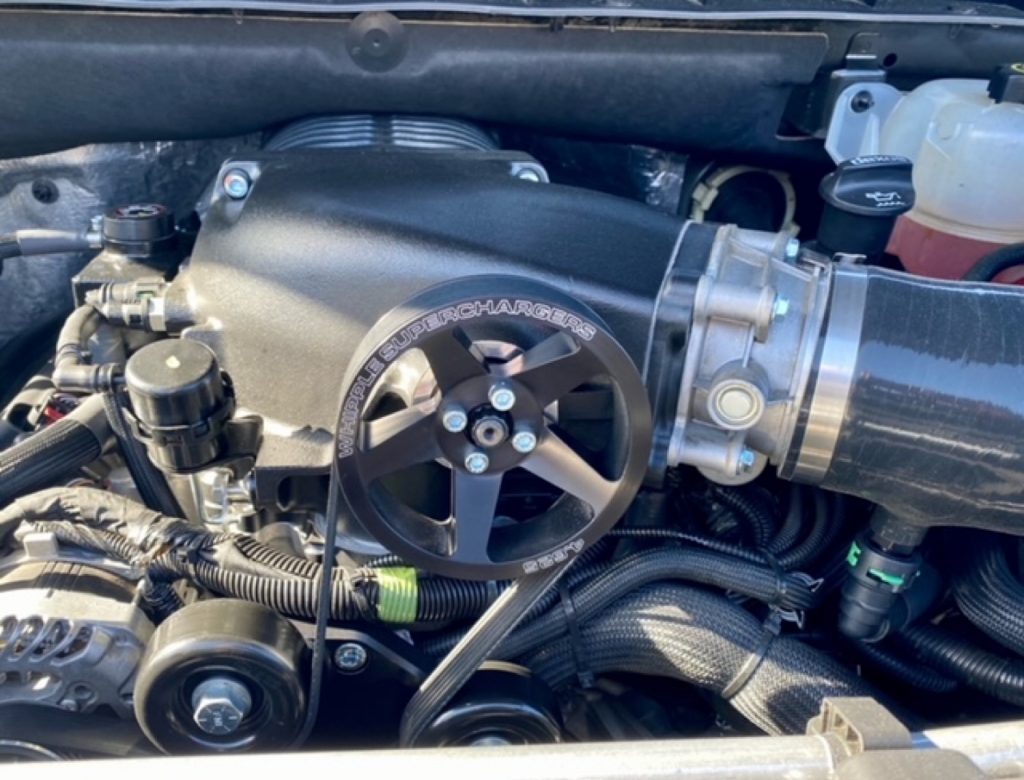 To help his Chevy Silverado keep up with the likes of the F-150 Raptor and Rebel TRX, Jeff supercharged his ride with a new 3.0L blower from Whipple, which looks great on the 5.3L V8 L84 thanks to some fat intake pipes and a five-spoke pulley inscribed with the Whipple branding. We also hear the supercharger sounds pretty sweet, so stay tuned for a follow-up on that. 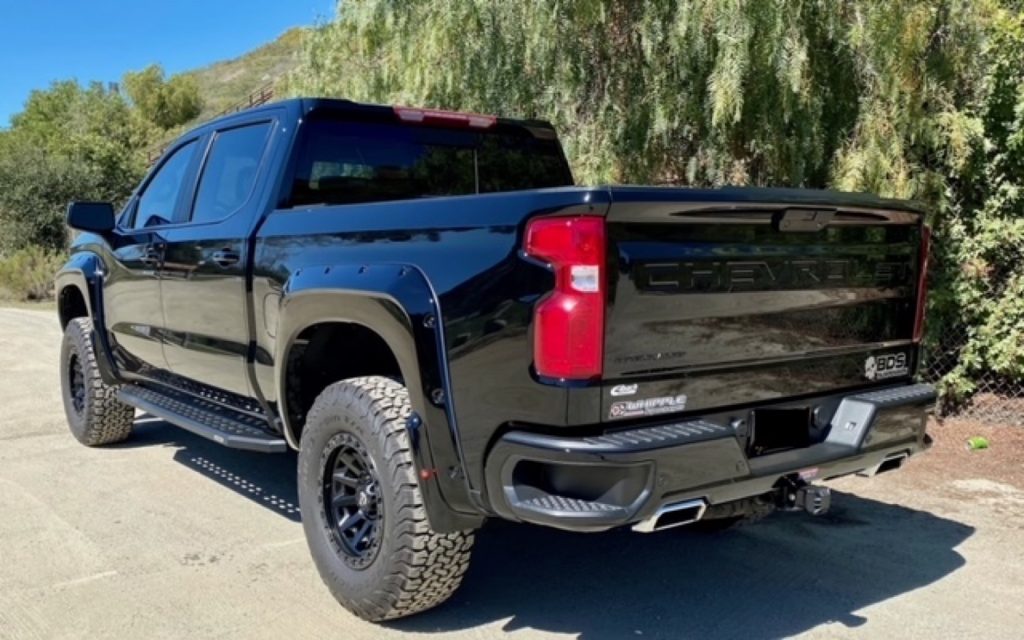 Speaking of tuning, the Chevy Silverado’s ECM was unlocked using HP Tuners, and now, the setup is good for a claimed 550 horsepower – not too shabby, especially when considering the factory spec is rated at 355 horsepower, which means the blower is adding just under 200 ponies to the mix. Harnessing all that muscle is the factory 10-speed automatic transmission. 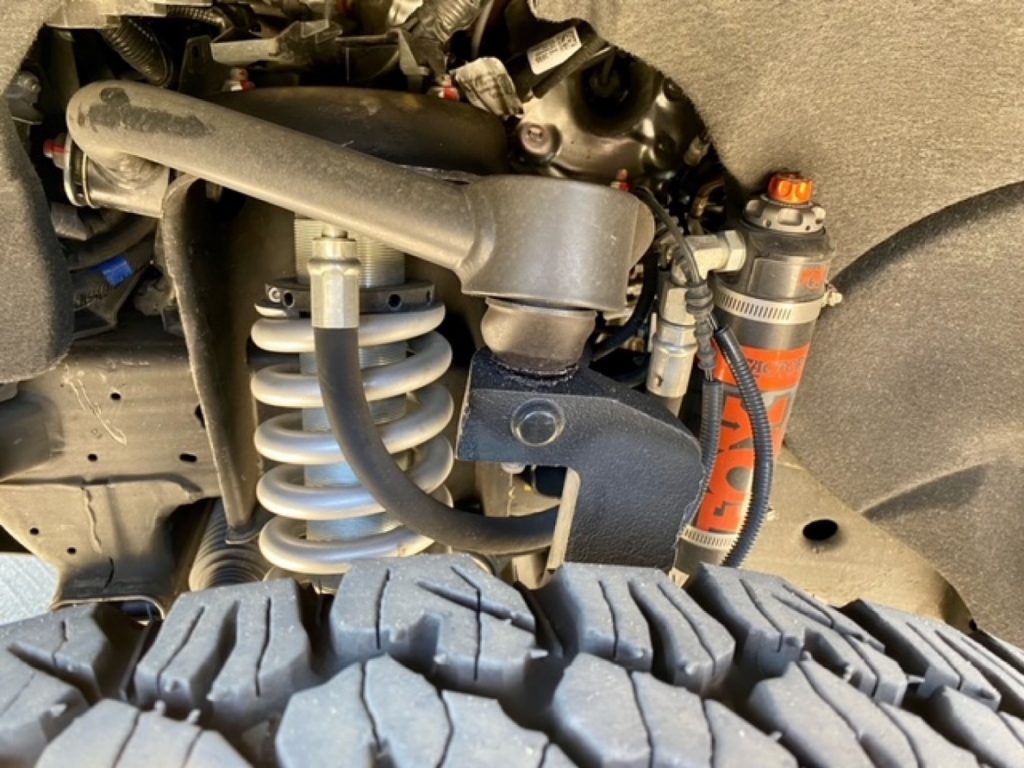 While big power numbers are great, Jeff also saw fit to upgrade his Chevy Silverado with the right suspension pieces, including a 2.5-inch BDS coilover lift kit with Fox remote reservoir shocks. The whole shebang rides on Fuel wheels, sized at 18-inches by 9-inches, with a -12mm offset. The black wheels are wrapped in 305/70/18 BFGoodrich rubber, and Jeff tells us the truck sports an 85-inch width with the lift and new tires.

Outside, the styling gets kicked up a notch with fender flares paint-matched by Air Design USA, as well as Go Rhino RB 20 running boards, and extra LED marker lights in front and in back. 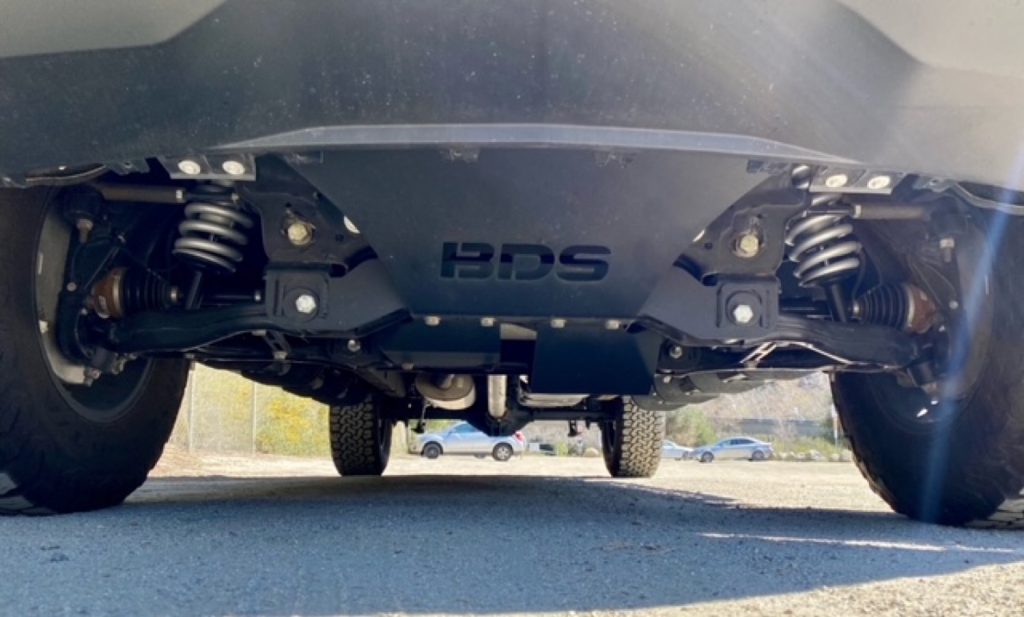 Of course, it bears mentioning that we’ve previously caught prototypes of the upcoming 2022 Chevy Silverado ZR2 testing in the real world, although the ZR2 won’t be a true rival to the F-150 Raptor and Rebel TRX. For something like that, it’s gonna need more power. To that end, we think a supercharger would suffice – something tells us Jeff would agree.