Corvette Racing has confirmed it will enter two cars in the 89th running of the 24 Hours of Le Mans this August.

Race organizers released the complete 62-car entry list for the 24 Hours of Le Mans this week, which included two entries from Corvette Racing. The American squad will return to Le Sarthe for the first time since 2019 after it skipped out on last year’s event due to COVID-19, fielding its usual No. 63 and No. 64 entries in the GTE Pro class.

Antonio Garcia, Jordan Taylor and Nicky Catsburg will split driving duties in the No. 63 Corvette C8.R, while Tommy Milner, Alexander Sims and Nick Tandy will share the No. 64 car.

The team will be up against five other entries in the GTE Pro class, including a pair of Ferrari 488 GTEs entered by Italian team AF Corse, two factory-backed Porsche 911 RSRs and a third 911 entered by WeatherTech Racing with Proton Competition.

This year’s running of the 24 Hours of Le Mans will be held a little later than its usual June date and is currently scheduled for August 21st and 22nd. The event was originally set to be held on  June 6th, however race organizers at the Automobile Club de l’Ouest (ACO) announced the revised August date this week, which was put in place with the hope of eventually being able to host fans at the track.

“Holding the Le Mans 24 Hours behind closed doors for the second year running would be unthinkable,” said Pierre Fillon, ACO president. “We are working very hard to put on a safe event, with all the necessary health precautions in place.” 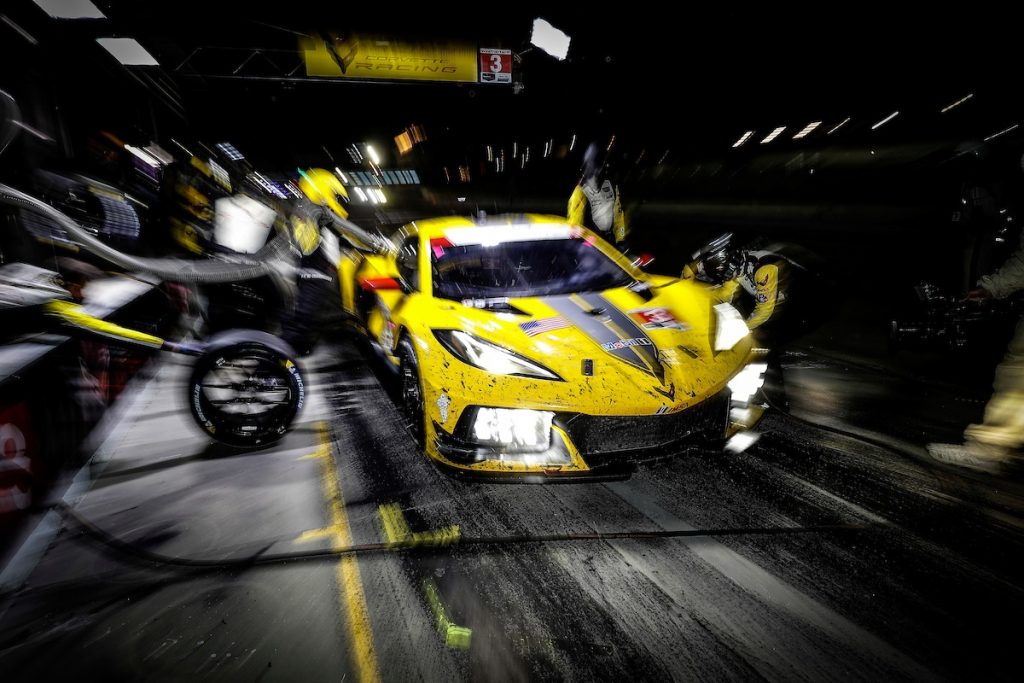 Corvette Racing competed in the 24 Hours of Le Mans every year from 2000 to 2019 and only failed to show up last year after pandemic-related complications forced it to withdraw from the race. The team has racked up eight Le Mans class victories in that time, serving as a consistent thorn in the side of rivals from Porsche, Ferrari, Ford, Aston Martin and BMW, among others.