Running late can be stressful – we’ve all been there. However, in the rush to get where you’re going, slicing in and out of traffic like you’re Tommy Milner probably isn’t the smartest move, as the driver behind the wheel of this particular Chevy Sonic almost had to learn the hard way. 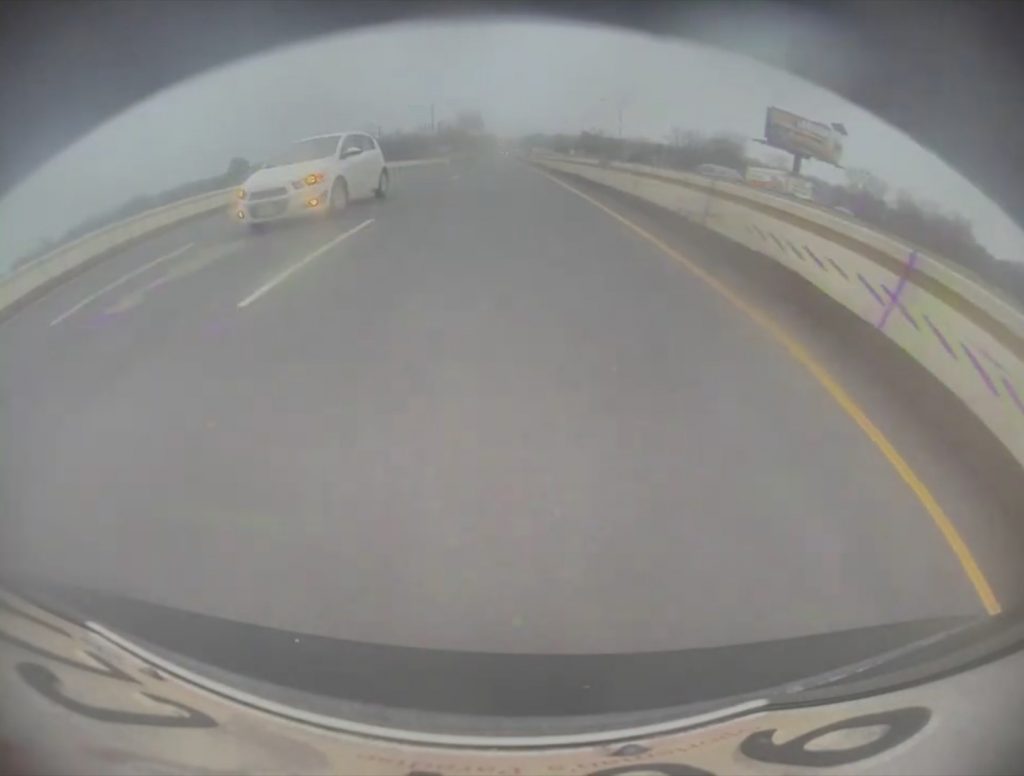 This video was captured in Louisiana on February 27th, 2021, by a motorist with several cameras located around their vehicle. The video opens on a highway, and shows a foggy, overcast day as the camera vehicle cruises down the lefthand lane. Visibility is poor, and vehicles have their lights turned on.

The first angle we see is facing rearwards. As the camera vehicle makes its way down the road, we spot a pair of headlights approaching.

As the headlights get closer, we see a white Chevy Sonic appear in frame, traveling at a high rate of speed down the righthand lane. 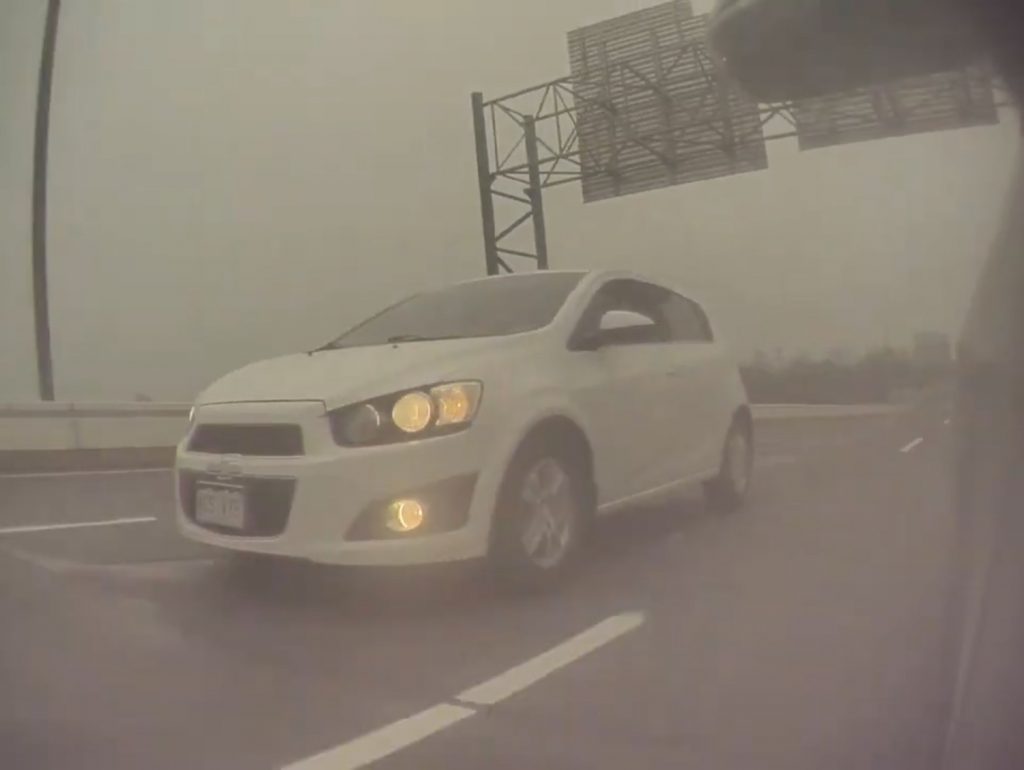 The Chevy Sonic charges out of frame from the first camera, after which the video switches to a second angle facing alongside the passenger side flank of the camera vehicle. Here, we once again see the Chevy Sonic speeding down the righthand lane.

Clearly, the driver in the Chevy Sonic is in a big rush. However, the danger of speeding is amplified by the traffic and poor visibility, a combo which very nearly takes the hatchback out. 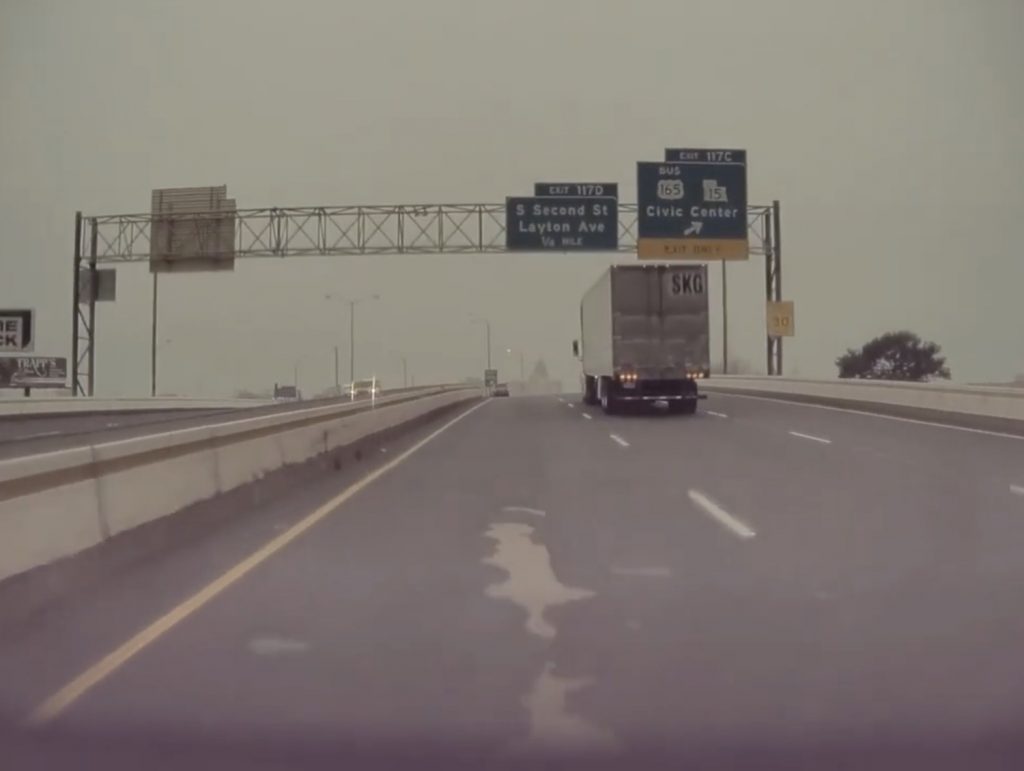 The third and final camera angle is from the front-facing dash cam, where we see a slow-moving semi-truck in the right lane. As the camera car moves ahead to pass the truck, the Chevy Sonic suddenly bursts into frame, weaving between the camera vehicle and truck and narrowly missing both. The Sonic’s sideview mirror, however, is shattered against the edge of the semi, sending plastic and glass shards into the air.