General Motors is cooking up a new Chevy Silverado ZR2 off-roader pickup, and now, a Silverado ZR2 prototype has been caught on camera undergoing some real-world testing. 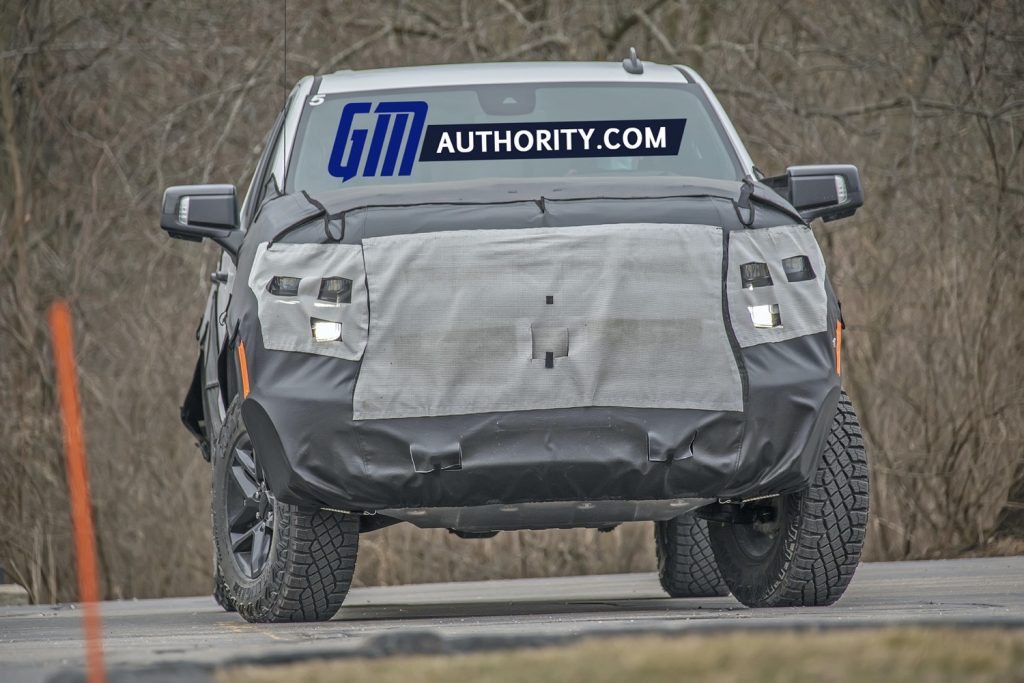 The new Chevy Silverado ZR2 can be seen wearing heavy camouflage as it exits a parking lot and hits the road, posing right in front of our camera and giving us a nice, close look.

From the off, the front end is high off the ground, providing plenty of ground clearance. It looks as though this Chevy Silverado ZR2 prototype sports a heavy-duty skid plate underneath the engine to protect vital components. We also notice the lack of any prominent front air dam. 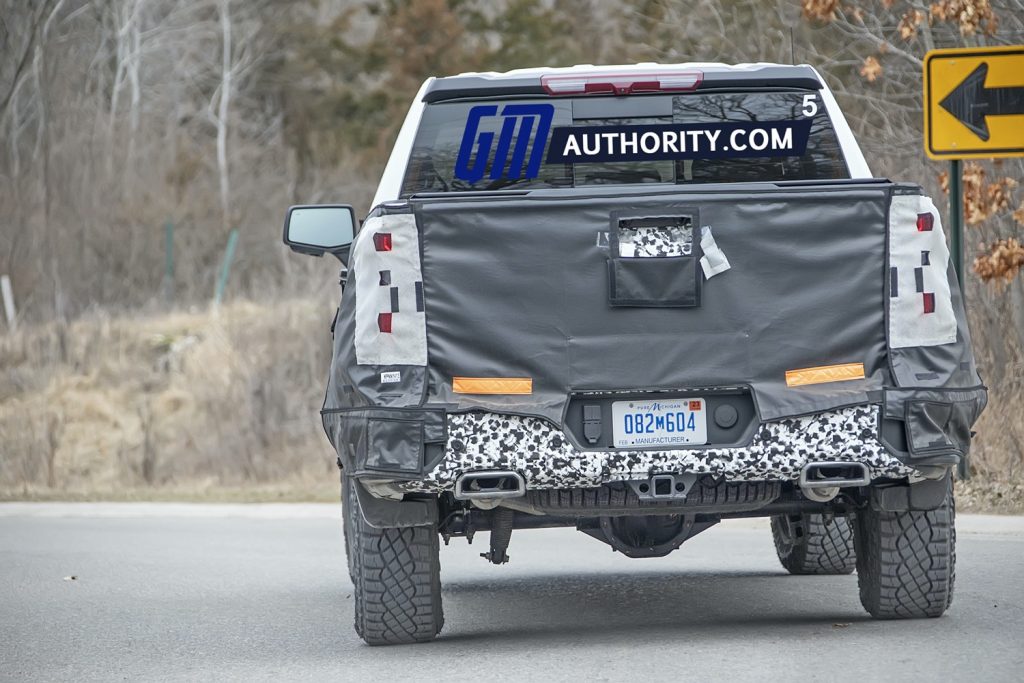 The rear fascia will introduce revisions as well, which, combined with the new front end, will offer generous approach and departure angles.

In the corners, this Chevy Silverado ZR2 prototype runs a set of five-spoke wheels finished in black and wrapped in knobby Goodyear Wrangler tires. 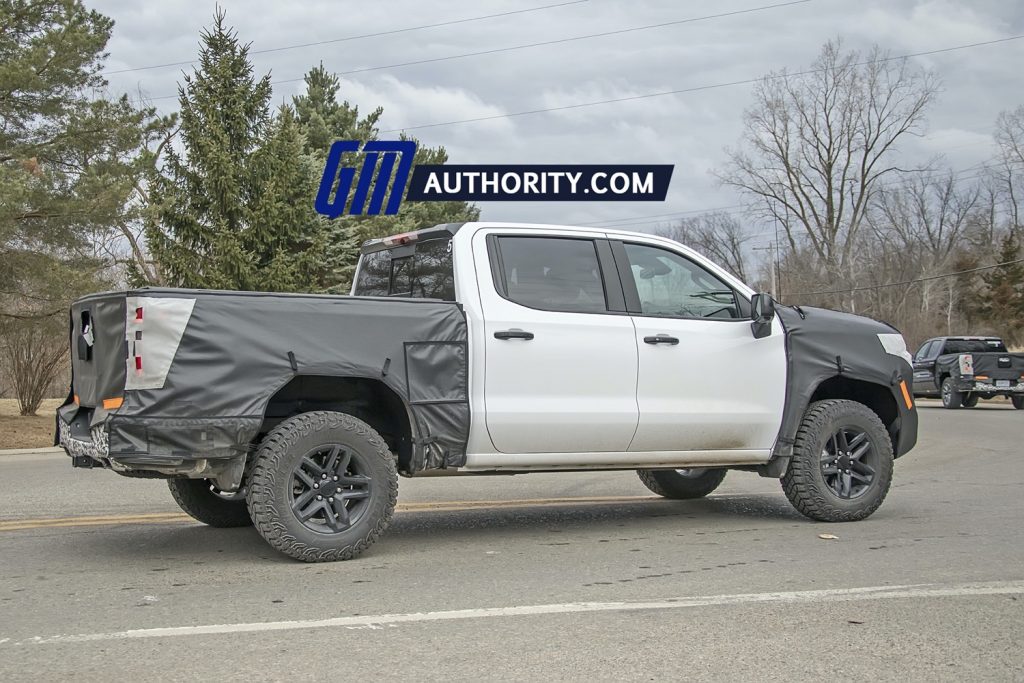 Also notable is the lack of a hood bulge, as seen in previous Chevy Silverado ZR2 prototype spy photos, thus suggesting that earlier images captured wind turbulence between the hood and camo, rather than any sort of new hood treatment to accommodate a supercharger.

Further details include new lighting elements front and back, as hidden under the prototype’s covers. 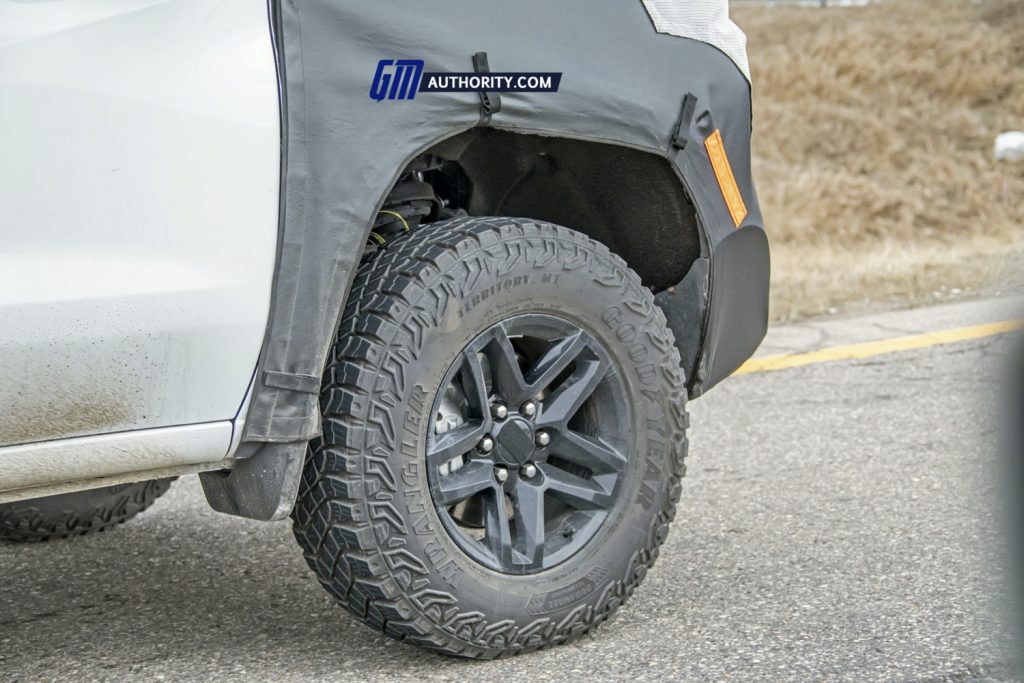 We also expect the Chevy Silverado ZR2 to come with front and rear electronic locking differentials.

As for the engine spec, the Chevy Silverado ZR2 is expected to initially be available with the naturally aspirated 6.2L V8 L87, which currently produces 420 horsepower and 460 pound-feet of torque.

Final touches will include a revamped interior layout, per the upcoming 2022 Chevrolet Silverado refresh.

Look for the new Chevy Silverado ZR2 to launch either late in the 2022 model year, or possibly for the 2023 model year.