A recovery team was recently dispatched to northern Alberta to free a Chevy Silverado 1500 that had become trapped in a thick layer of ice. 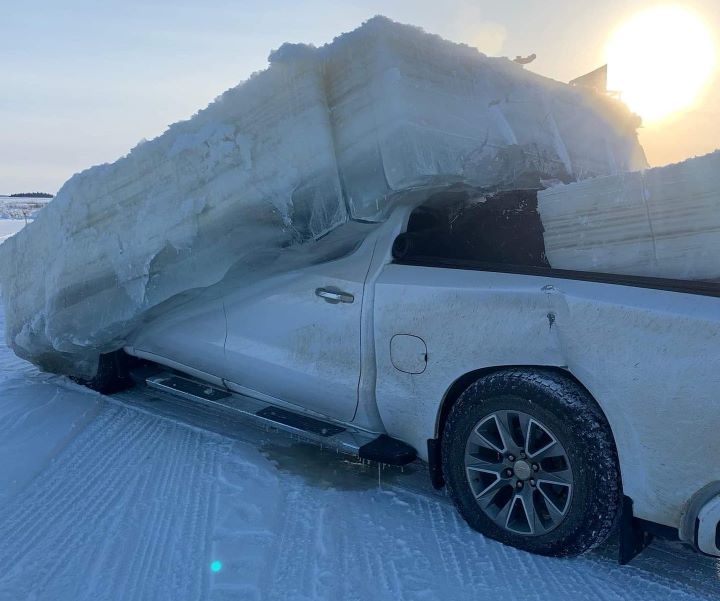 Saskatchewan-based recovery company Big Ice Services received a call to free the stuck Chevy after it fell through the ice while driving on a frozen river near Fort Chipewyan, Alberta. The company shared photos of the recovery effort on its Facebook page this week, which showed workers using power tools to cut through the ice before they pulled it from the fast-moving river using a specialized lift.

“Big Ice Services recovery team was sent up north of Fort McMurray to Fort Chipewyan to recover this partially sunk truck in the fast moving river,” the company said in the social media post. “It was a challenging set up with dangerous fast moving water. But with careful planning and execution it was lifted out without incident.” 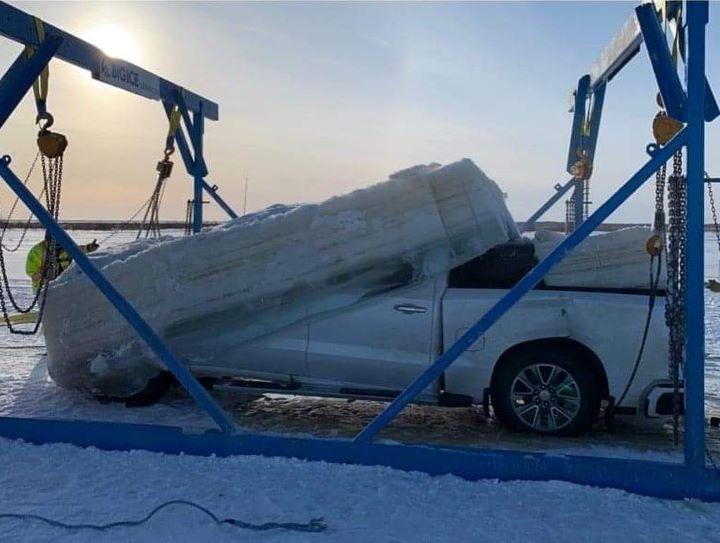 Photos of the truck after the recovery effort show heavy damage to the trucks’ exterior. The heavy slab of ice essentially crushed the poor Chevy, causing its suspension to sag, deforming the body and likely bending the frame as well. We wouldn’t be surprised if the truck’s engine still runs, but with this much body, frame and suspension damage, we’re willing to bet this truck was still a total loss. It’s not clear how it fell through in the first place, as the ice looks to be extremely thick, and it’s not clear how long it was sitting in the ice before Big Ice Services was able to reach it.

This looks like one expensive mistake for the truck owner. Not only did they lose their relatively new Chevy Silverado, we can’t imagine that calling Big Ice Services up to Fort Chipeweyan to rescue it from the ice was cheap.