Getting the most out of your ride at the drag strip can be a challenge. Get it right, and you’re rewarded with an adrenaline rush and low ET. Get it wrong, and well, you could end up damaging not only your own vehicle, but the vehicle in the lane next to you as well, as is demonstrated by the driver of this Chevy Malibu wagon in the following drag racing video. 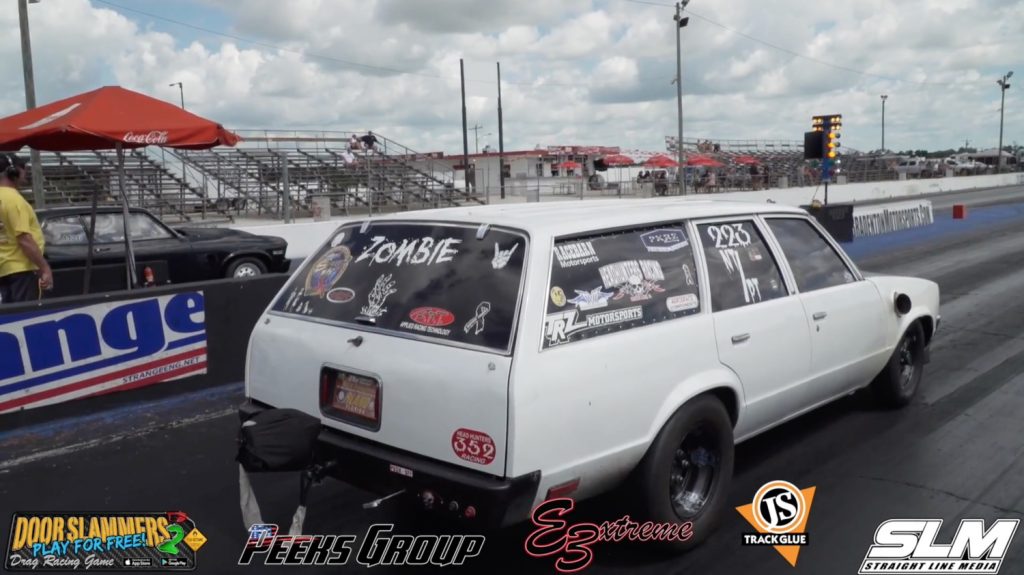 The video opens with both vehicles doing a burnout, the Chevy Malibu wagon in white setting up in the right lane, and the Chevy Nova coupe in black setting up in the left lane. Both vehicles look like they’re ready to throw down with some heavy firepower in grudge race competition, outfitted with meaty rubber in the rear and parachutes. 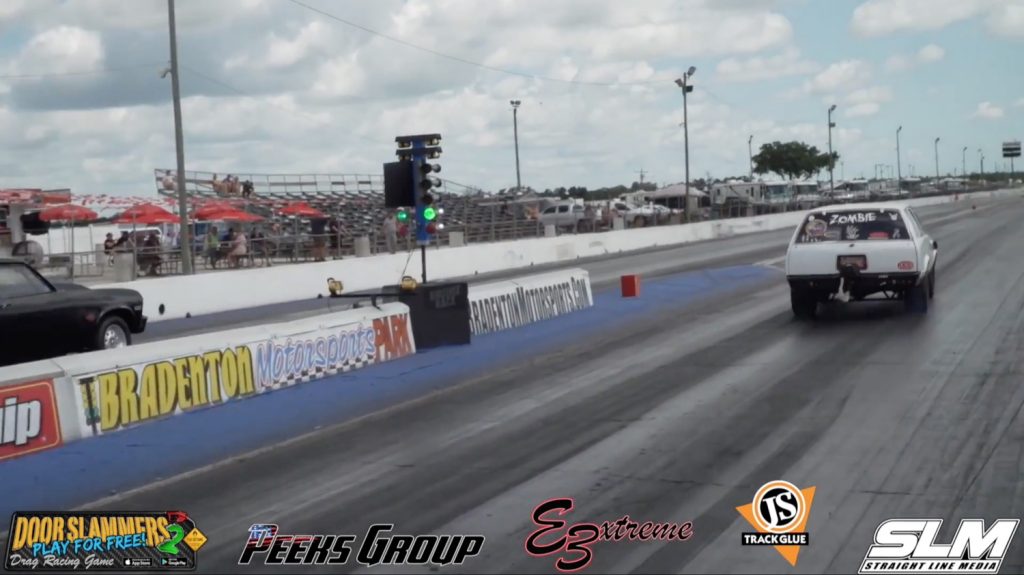 With both cars staged, the lights flash green and the racers take off. The white Chevy Malibu has the drop on the Nova, rocketing off the line with a full car’s length lead. However, as soon as the Malibu passes the tree, things start to go wrong. 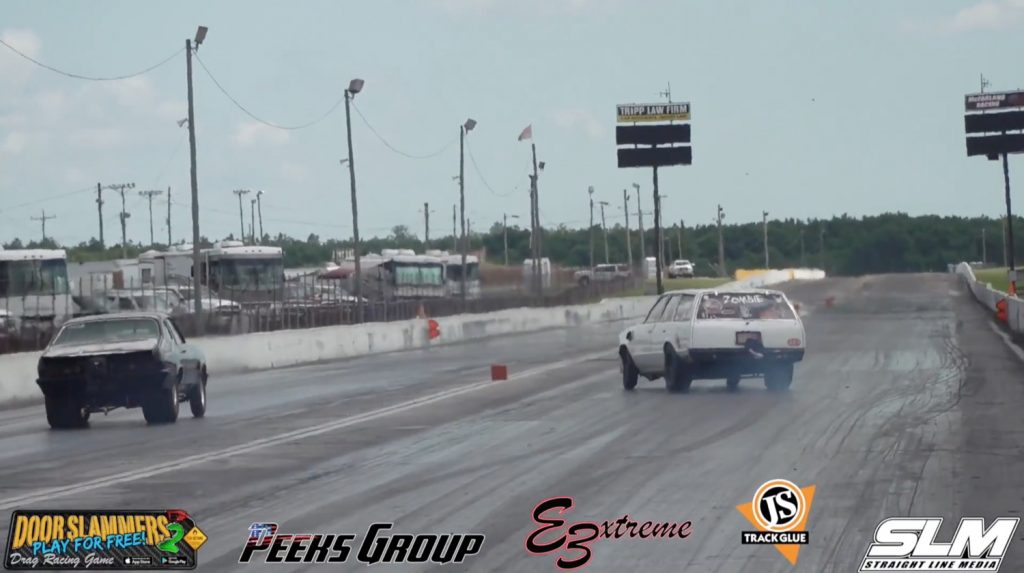 We see the Chevy Malibu pitch sideways for a second, black soot shooting out the massive fender-mounted exhaust pipe as the driver tries to pedal it and regain traction. The tires smoke, getting the rear end sideways again as it slithers side to side. The driver tries to keep their foot in it, but ends up losing the back end, at which point the wagon hooks hard to the left – right towards the quickly approaching Nova. 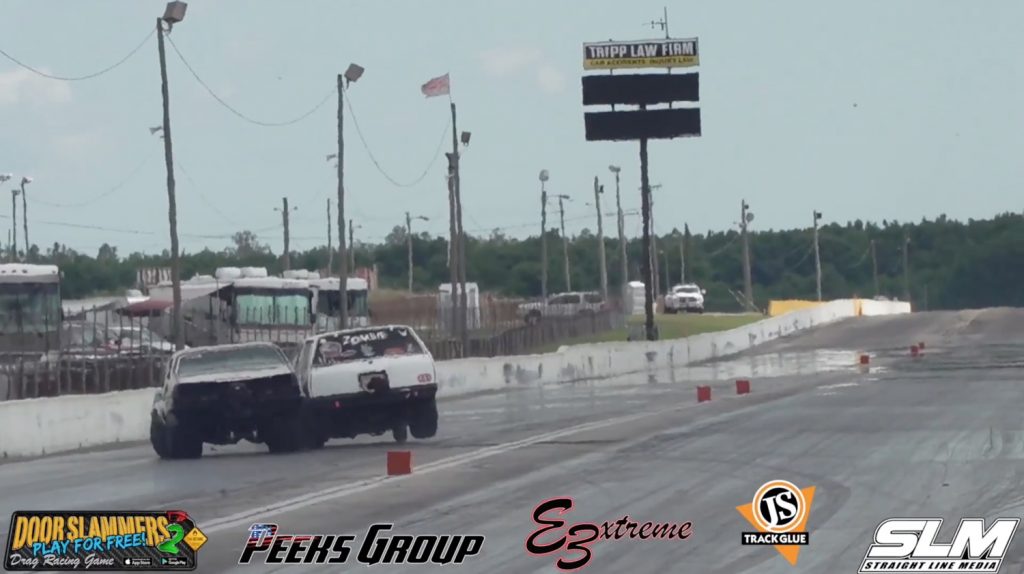 Unfortunately for the driver in the Nova, there isn’t much to be done. The Chevy Malibu slams into the passenger door of the coupe, sending both vehicles careening into the wall with a heavy impact. The crash is so hard, the Nova ends up ricocheting into the opposing wall, but the driver manages to get it turned and stopped, despite a mangled front-right wheel and suspension.

It’s a nasty crash, but luckily, both drivers are reportedly okay.