The driver of a second-generation Chevy Blazer nearly caused a head-on collision with two cars after driving the wrong way on I-70 near Golden, Colorado, new dashcam footage shows. 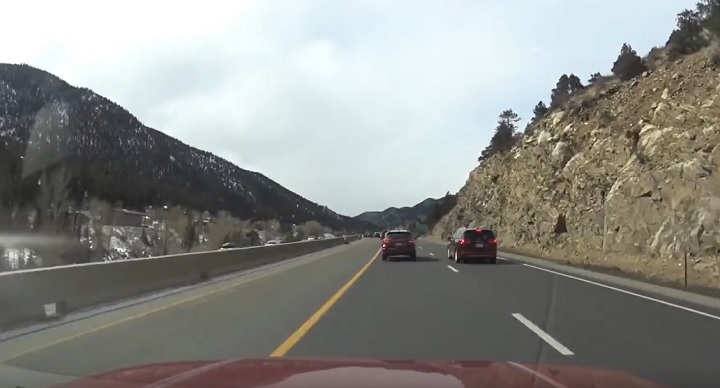 The dashcam video, which was submitted to the ViralHog channel on YouTube this week, shows a Dark Cherry Red Metallic second-gen Chevy Blazer nearly causing a head-on crash with three other vehicles as they traveled the wrong way down the interstate. The filmer of the footage submitted the following description along with the short 30-second clip:

“Was driving down west I-70 with three friends behind me heading to some hot springs when a car coming head-on almost hit all four of us forcing us to swerve out of the way.” 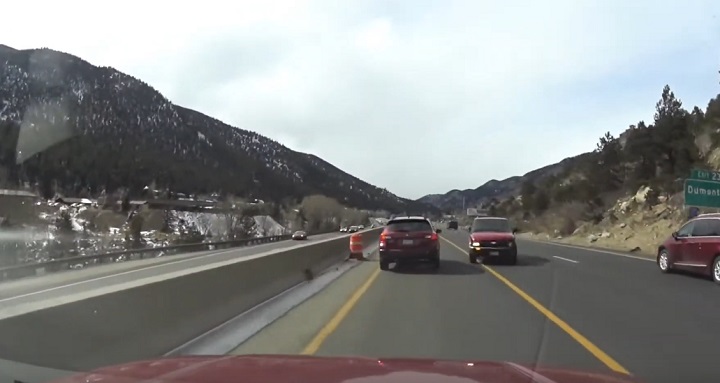 The filmer was lucky this wreckless Chevy Blazer driver didn’t hit them, as a head-on impact at even the relatively low speeds seen in the video can cause serious injury or worse. We couldn’t find any other news reports on this wrong-way driver, so we’re assuming (and hoping) that they managed to successfully exit the interstate shortly after this near miss and re-enter going the proper direction. 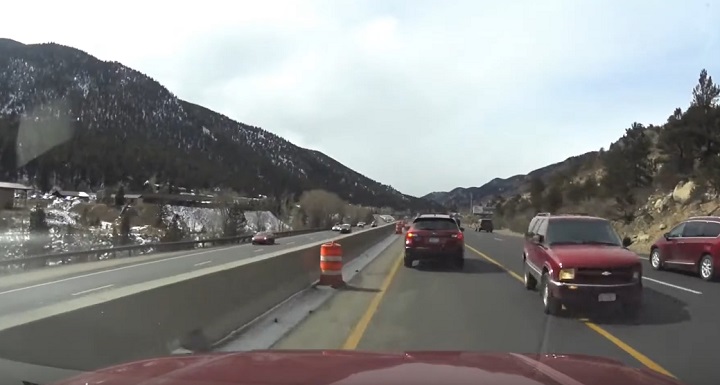 According to the U.S. Department of Transportation, wrong-way driver crashes kill 300 to 400 people in the United States each year on average. This represents only 1 percent of the total number of traffic-related fatalities that occur annually, however because wrong-way driver crashes often involve head-on or opposite direction sideswipe crashes at high speeds, they tend to be relatively more severe than other types of crashes, the DOT says.

Check out the video embedded below to see just how close this wrong way driver was to taking out an entire row of cars.