General Motors purchased Oldsmobile on November 12th, 1908, with the brand lasting nearly 100 years under the GM umbrella before its discontinuation in 2004. During that time, Oldsmobile had a great deal of success, with names like Cutlass, Hurst/Olds, and 442 sprinkled across its history. Now, we’re taking it back to the late ‘60s with the following Oldsmobile design sketches. 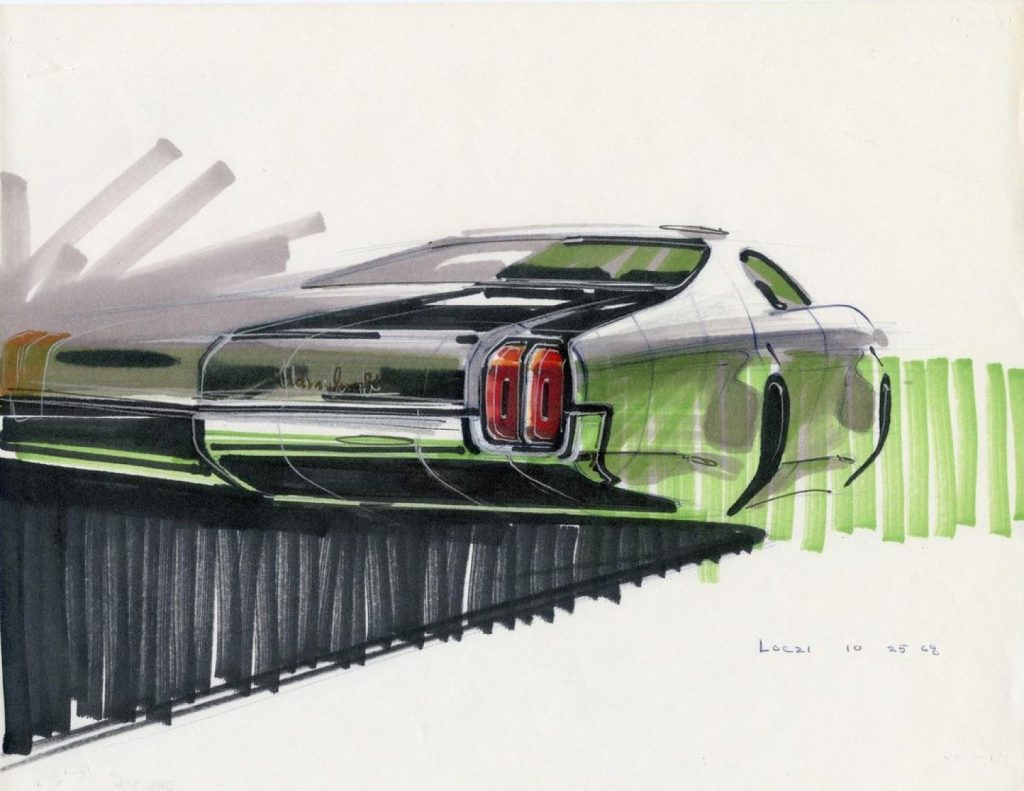 Recently posted to the official GM Design Instagram feed, these Oldsmobile design sketches were created by Hungarian-American auto designer Géza Lóczi, who, in addition to working at General Motors, also provided design work to Volkswagen and currently serves as Director of Design at Volvo. Lóczi was passionate about automotive design work from a very early age, entering the Fisher Body Craftsman’s Guild car competition (sponsored by GM) on multiple occasions. Lóczi  later received his formal education from the Art Center College of Design in Pasadena, an institution where he would teach Transportation Design between 1986 and 1996. 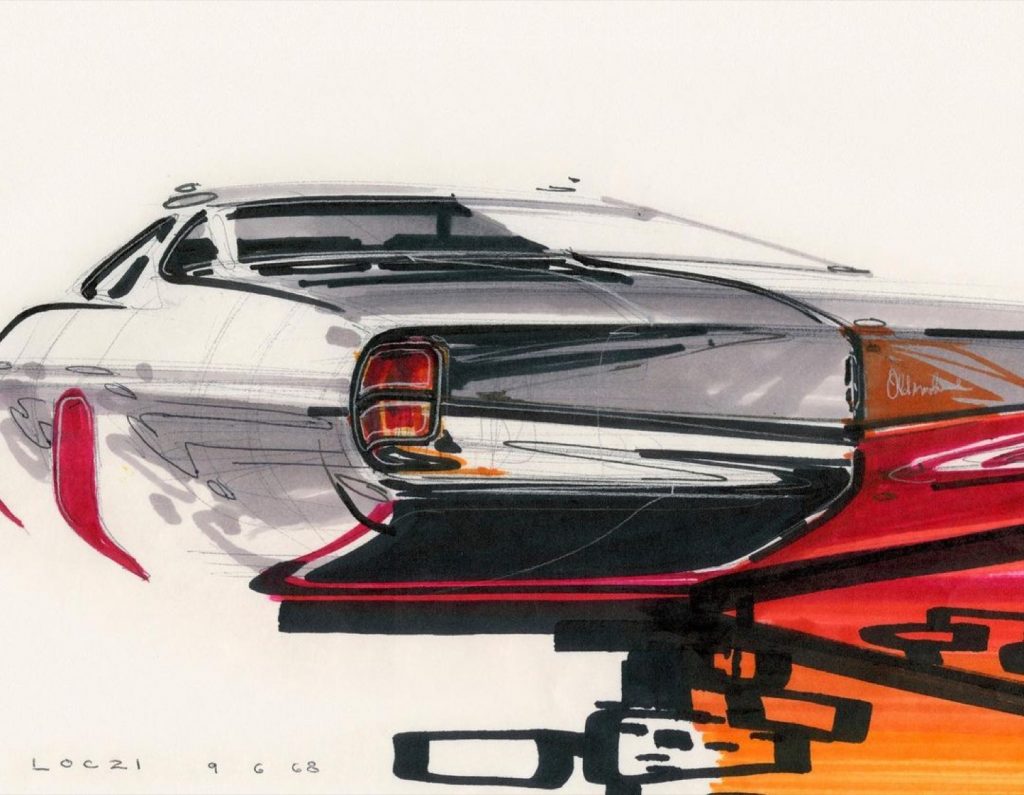 The sketches you see here were pulled from GM Design Archive & Special Collections, and hail from 1968. With a range of successful models, Oldsmobile design during the period exudes American class, style, and power.

That much can be seen in the concept sketches, which feature broad body panels and elegant lines. The majority of the sketches study possible rear end layouts, with a variety of tail lamps on display, including two-tiered vertical lamps, parallel lamps, singular square lamps, and rounded oval lamps. 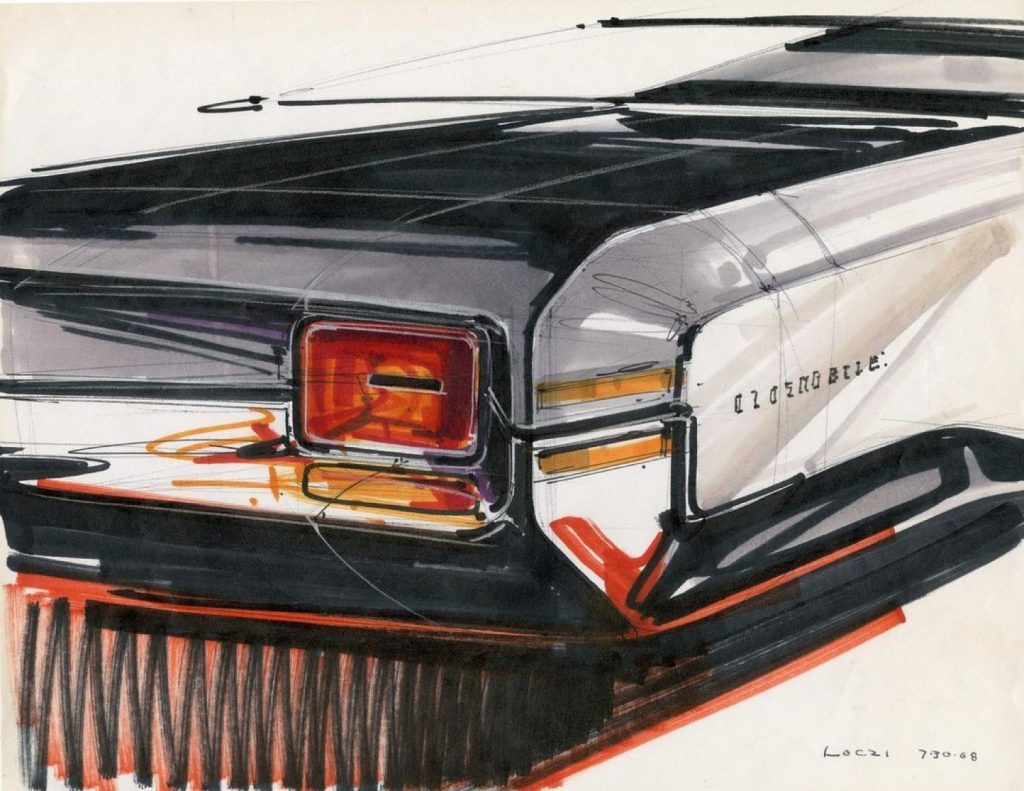 Each of the rear end designs shows an extended trunk line, which terminates in a rectangular rear bumper section. Long bisecting lines run down the spine of the vehicle and add visual length to the look, while the gentle curves add to the sense of luxury and premium appointment. 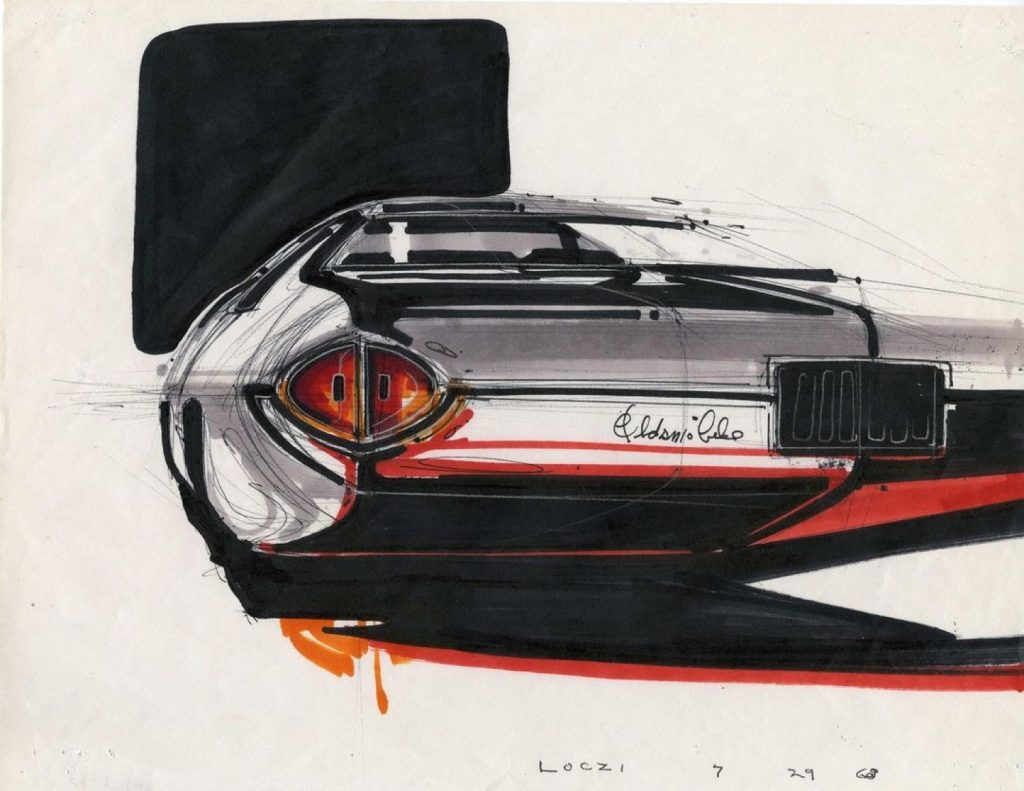 There’s a frontend design study included as well, which features a shield-like head-lamp design that complements the front bumper layout and fenders nicely.

If you’re a fan of old-school GM design, than make sure to check out each of these Oldsmobile sketches.