Vauxhall was the General Motors U.K. brand from 1925 to 2017. In this series, we are looking at one model in the magnificent Vauxhall Heritage Collection representing each decade of the GM era. Our choice for the 1980s is the Vauxhall Astra GTE Mk1.

The Astra GTE was the high-performance version of the Mk1 Vauxhall Astra, and arrived very close to the end of that generation’s production life. As all future Vauxhalls would be, the Astra was essentially a rebadged model developed by GM’s other European brand, Opel – in this case, the fourth-generation Kadett. The last car which could be said to have been developed predominantly by Vauxhall (though there was some Opel input here too) was the Viva HC, on which the dramatic Firenza Droopsnoot was based. It was discontinued in 1979, shortly before the Astra arrived. 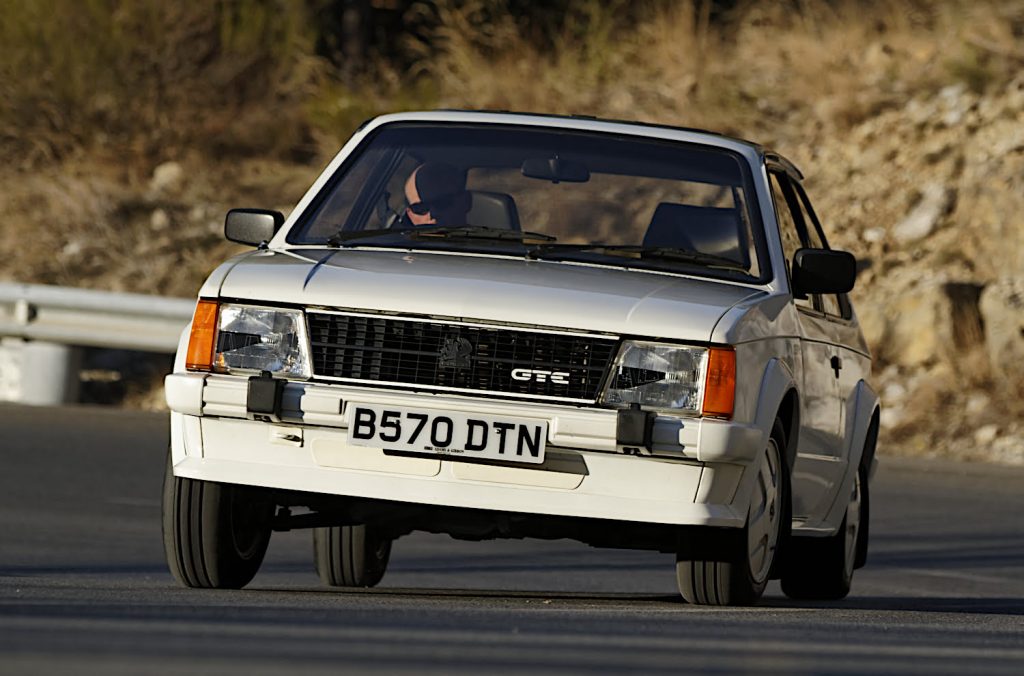 A strong competitor to the rival Ford Escort and Volkswagen Golf, the Astra was ground-breaking in two ways. It was the first front-wheel-drive vehicle Vauxhall had put on sale since it entered the car industry in 1903, and the first of the modern era offered only to U.K. customers; the same car was sold in all other markets as the Opel Kadett.

Bizarrely, it was sold as an Opel Kadett in the U.K. too, as a direct rival to the Astra. GM slowly resolved this confusing situation, and the Opel brand was gradually withdrawn from the British market over the next few years. 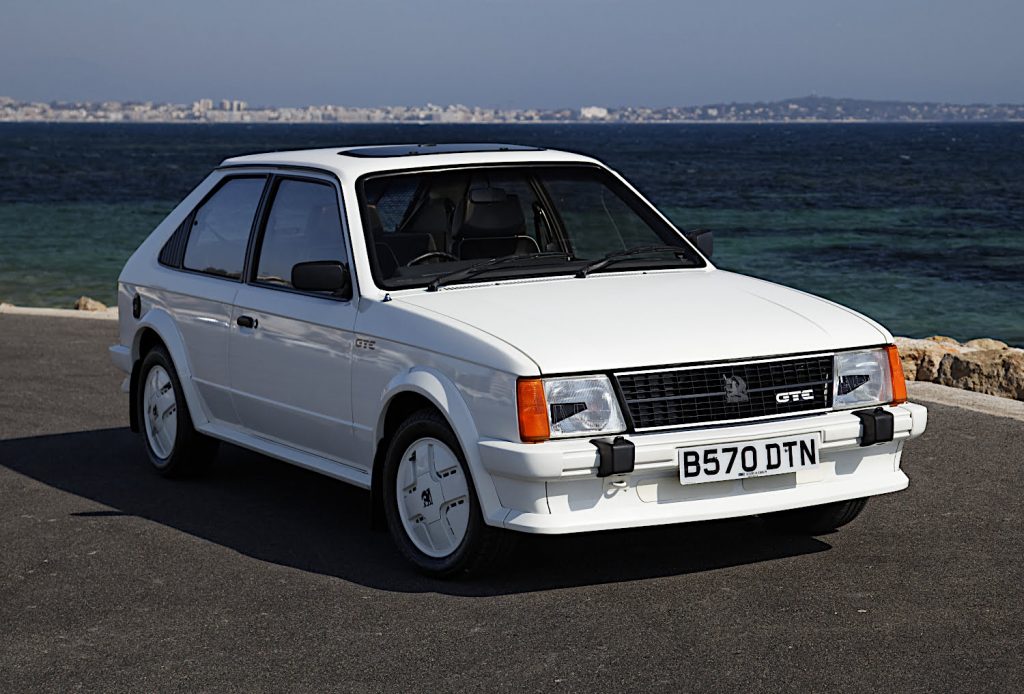 The Astra made its debut at the Scottish Motor Show in Glasgow in November 1979, though at that time, there was no answer to the inevitable question, “How much does it cost?” Vauxhall hadn’t yet got round to deciding that. Sales began in March 1980. 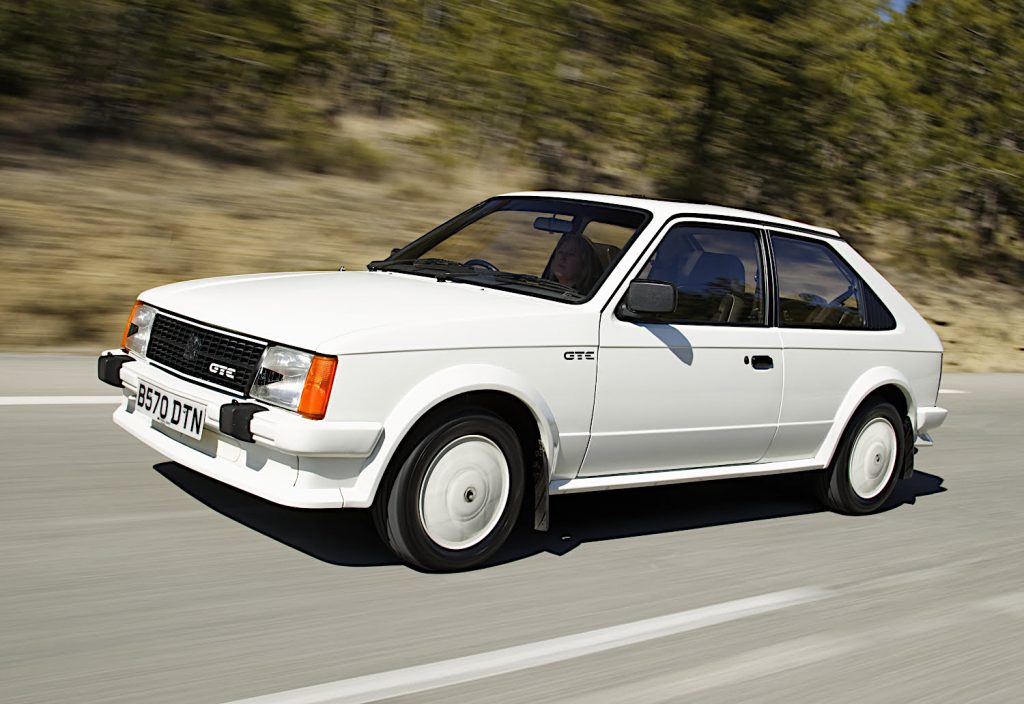 The GTE name, previously used by Opel, stood for Grand Touring (already a seriously misused term by the 1980s) and Einspritzmotor, the German word for “fuel-injected engine.” A Bosch LE Jetronic injection system was used on the engine, which was essentially the same as the 1.6-liter Family II motor already used in the Astra range, except that it had a larger cylinder bore.

The 1.8L I4 had a compression ratio of 9.5 to 1, and was rated at 115 horsepower and 111 pound-feet of torque. This was enough to give the Astra GTE a top speed of 115 mph and a 0-to-60 mph time of 8.5 seconds – strong performance for what the British called a hot hatch in the early 1980s. The brakes and suspension were uprated, and there was a close-ratio five-speed manual gearbox. 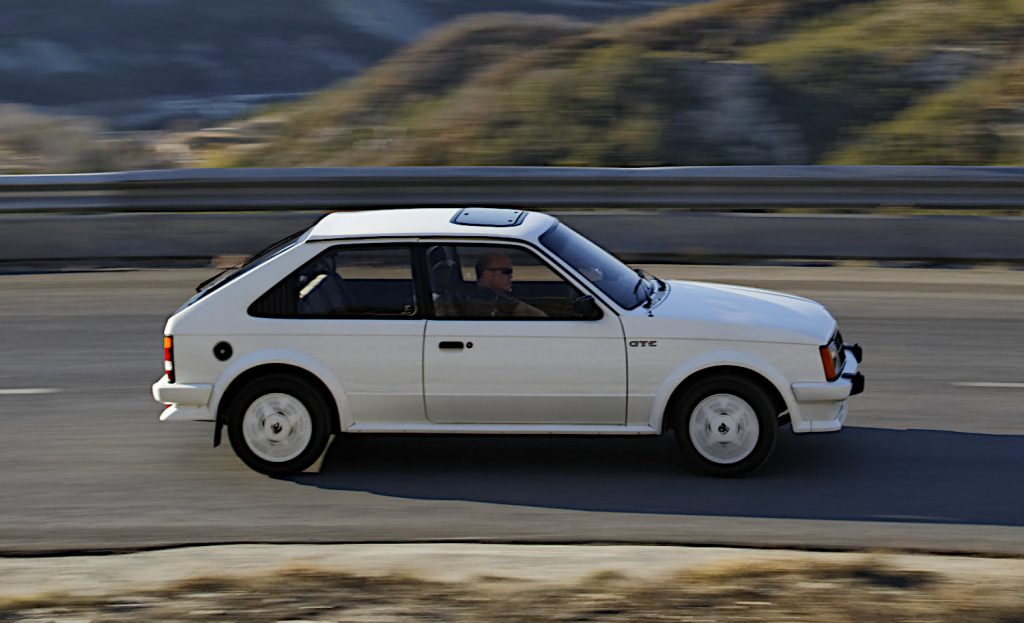 Vauxhall gave Astra GTE customers a choice of just four colors – Black, Carmine Red, Silver Metallic and, as shown in the photos of the Vauxhall Heritage car on this page, Polar White. The Polar White models differed from the others because their bumpers and wheel covers were painted the same color as the body. This made the car look very distinctive and (for reasons it would take too long to explain here) gave it a cultural relationship with the English county of Essex. The Black, Carmine Red and Silver Metallic cars had black bumpers and silver wheel covers. 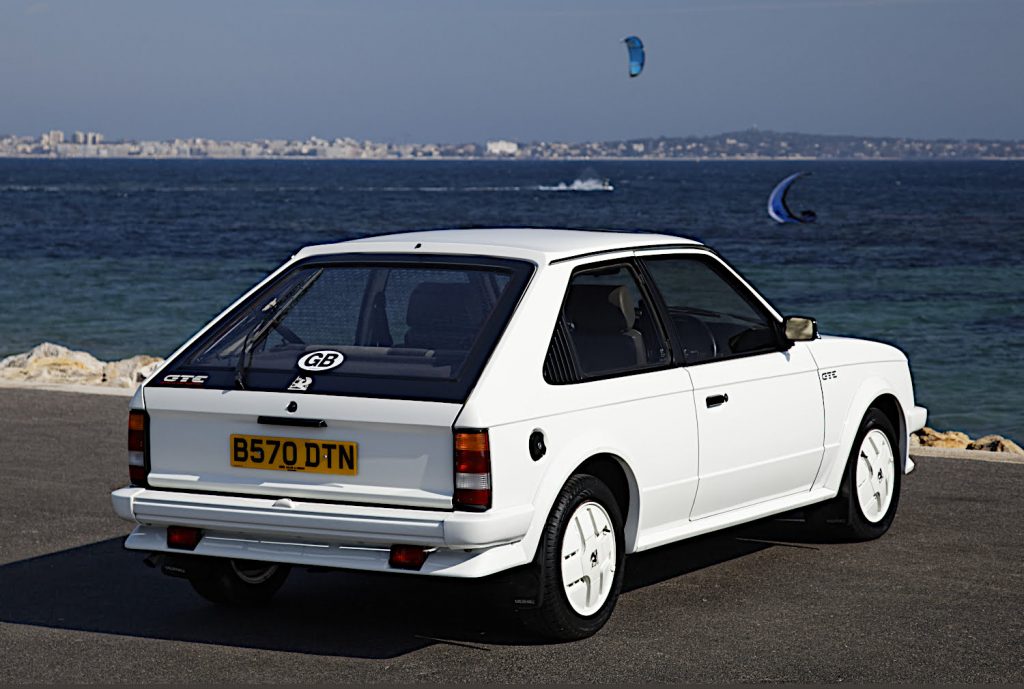 Today, the Mk1 Astra GTE is the rarest of all the high-performance Astras – according to one source, only nine are still registered for use on U.K. public highways. Its production life was very short, simply because Vauxhall moved onto the second-generation Astra in 1984. Other quick Astras would come and go, branded first as GTE, later as GSi and most recently as VXR. The last VXR had a turbocharged 2.0L I4 engine which made 276 horsepower, more than double the output of the first Astra GTE. But it was the GTE that blazed the trail for the others to follow.

Want more stories like this? Then be sure to subscribe to GM Authority for more Opel and Vauxhall news as well as more classic and modern GM news coverage.