The Buick crossover lineup has a wide variety of vehicles for customers with varying wants and needs. The subcompact Buick Encore and Encore GX are perfect for younger city-dwelling folks or college students, for example, while the larger Envision and Enclave are appealing for those with families.

It’s this product diversity and variation that the automaker wants to convey with its latest advertisement, entitled “So You.” This short 30-second spot, which was posted to the brand’s YouTube channel this week, shows Buick owners showing off the various features in their new Buick crossover, like Automatic Park Assist, navigation and a Head-Up Display, while their friends tell them that the vehicle and their attitude toward it is “so you.”

“There’s a Buick that fits your life,” the voiceover in the brief ad says. “Because at the heart of every Buick SUV, is you.”

Crossovers were all that were left in Buick’slineup when it pulled the plug on the Regal last year. That’s just fine by Buick’s standards, though, as sedans have massively dwindled in popularity in recent years as American consumers flock to bigger, higher-riding vehicle types. Buick also enjoys the highest share of women buyers in the United States, and according to a past study conducted by iSeeCars.com, women may be more inclined to purchase a crossover versus another vehicle type like a pickup truck or sports sedan. Buick knows what its buyers want and it shows, with the GM premium brand enjoying healthy sales of 162,741 units in 2020. 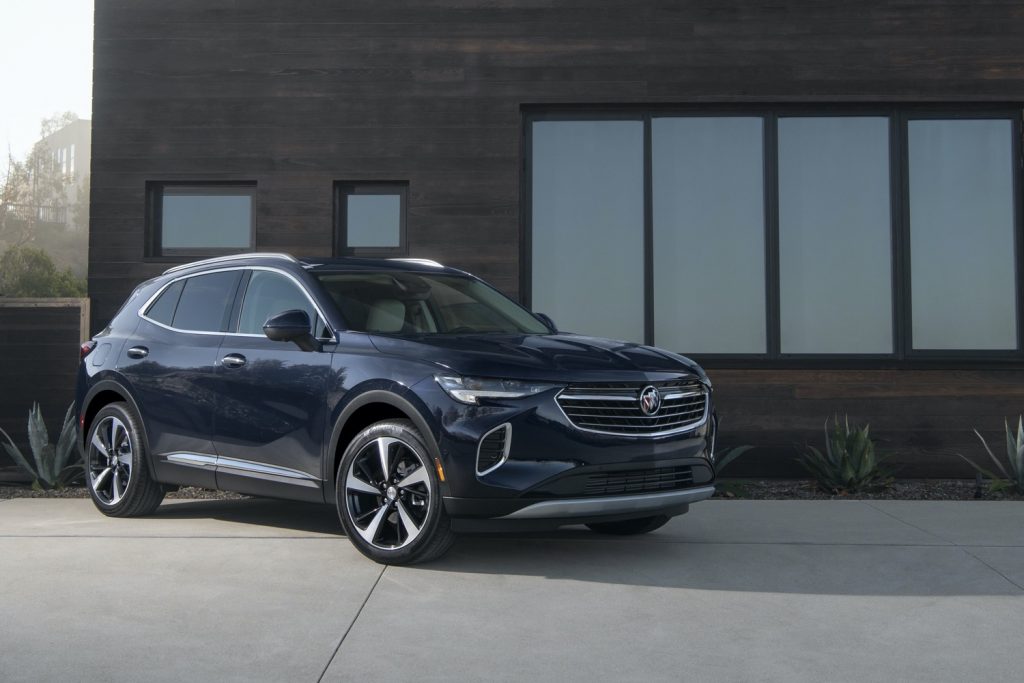 Going forward, Buick looks set to introduce even more crossover models. It’s currently plotting a three-row version of the Envision called the Envision GX, which is expected to debut sometime this year and will slot in between the regular Envision and the larger Enclave in the automaker’s lineup.

Check out this Buick crossover-themed ad embedded below.