As car people, many of us have early aspirations of owning a particular dream car. Some of us get the chance to own that dream car while we are young, but few buy their first car at eleven years old. The owner of our featured Chevy Chevelle did just that. 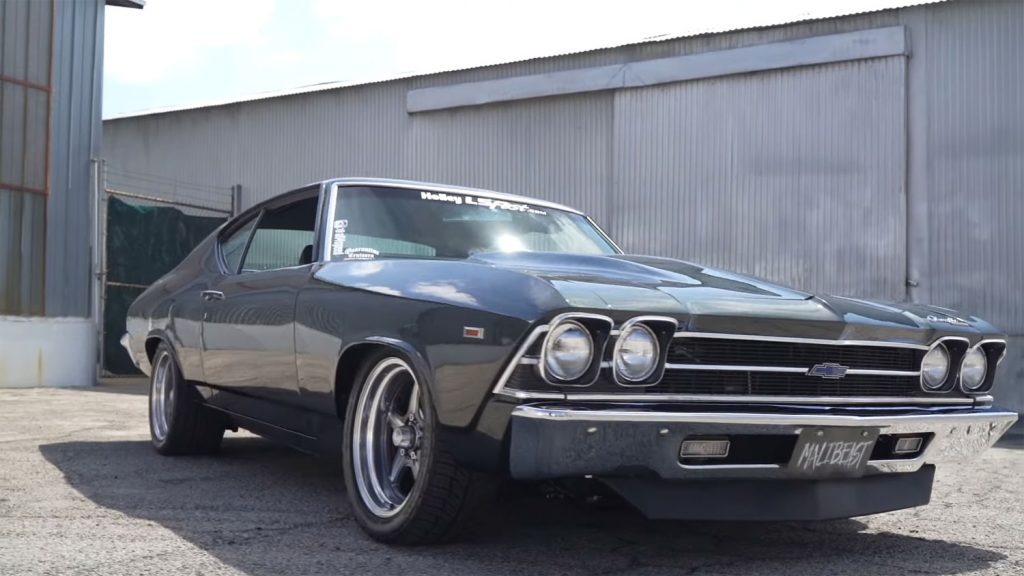 Daniel had inherited a paper route from his older brother when he was eleven years old. He spotted the shell of a 1969 Chevy Chevelle on his route. It was wrecked, gutted, and hidden under a tarp. Daniel implored his father to help him buy the Chevelle with Daniel’s paper route money. Daniel’s father, also a car guy, found the car’s owner and made a deal to buy the Chevelle for $300. 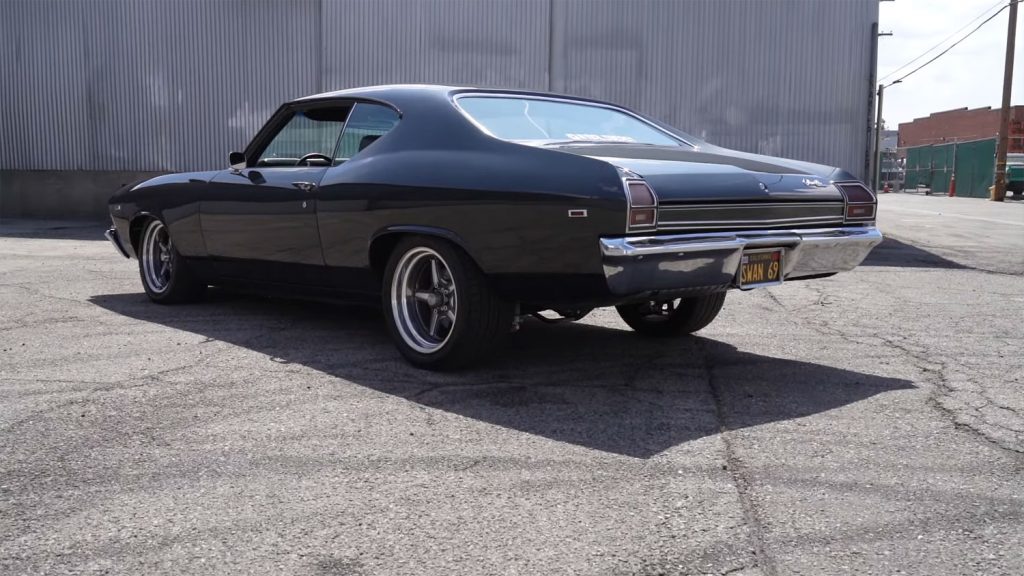 The car sat until Daniel could afford to begin bringing the Chevy Chevelle back to life. He didn’t begin to work on it in earnest until he was 17. While in college, he would save his college loan money for car parts.

The exterior of the Chevy Chevelle wears a glossy coat of deep gray metallic, or possibly black pearl. Chrome bumpers are still in place, but the exterior trim has been removed from the sides of the Chevelle for a cleaner look. The stance is just right, and the exhaust note is diabolical. 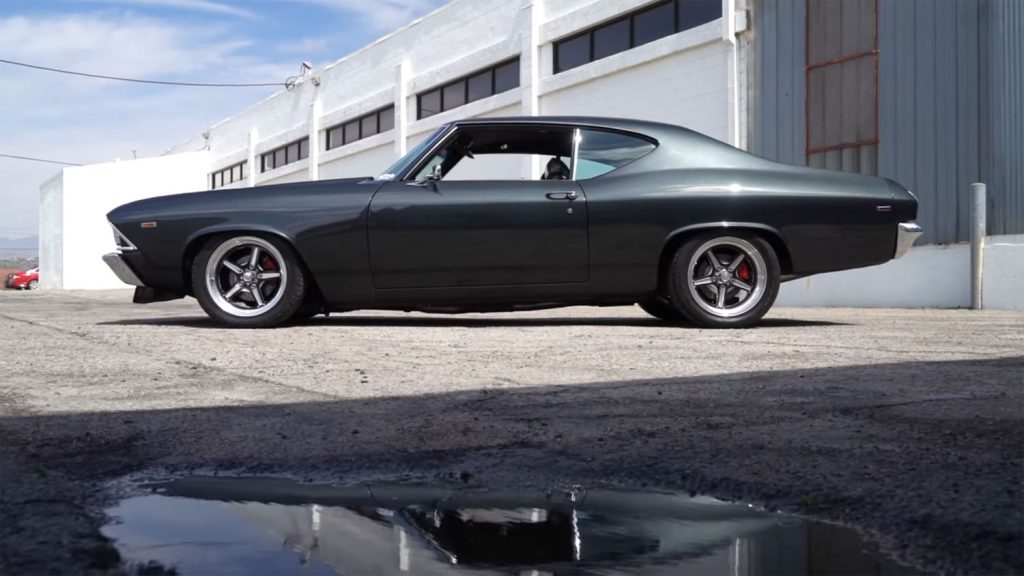 Daniel decided the Chevy Chevelle should have LS power under the hood. The 6.0 LS now displaces 370 cubic inches, up from 364. It sports ported and polished heads, an LS6 intake, Holley Sniper EFI, a forged crank, and WISECO pistons. Daniel says the engine was built with lower compression in order to fit a supercharger when funds allow. The painted and polished engine bay also houses a chrome brake booster and reservoir, and a modern air conditioning compressor. Spent gasses exit through a Black Widow Race Venom exhaust system. Backing the LS is a six-speed manual transmission. Power is a healthy 415 horsepower at the rear wheels, limited to 6,700 rpm. 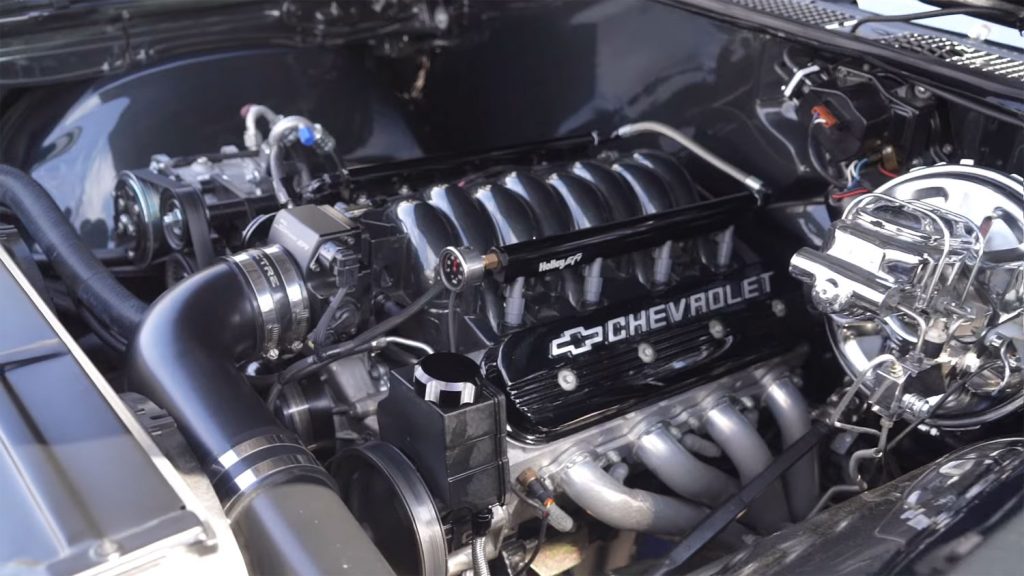 The Chevy Chevelle rides on staggered 17-inch Billet Specialties Street Lites wheels, 8 inches wide in front, and 9.5 inches in back. Disc brakes keep all that power in check. The suspension features Viking coil-overs and UMI sway bars. The Chevy Chevelle sits slightly higher in the rear, for a classic hot rod look.

Inside, stock Chevelle bucket seats are separated by a stock Chevelle console. Behind the slotted, black anodized shifter topped by a black anodized shift ball, is a piece of blue masking tape with the six-speed shift pattern written on it in magic marker, along with the admonition BURN RUBBER! Vintage Air climate control has been fitted in the dash, as have a modern head unit, and Dakota Digital gauges. The steering wheel is a polished black Billet Specialties unit, fitted to the black polished steering column. The execution is a tidy mix of original and modern. 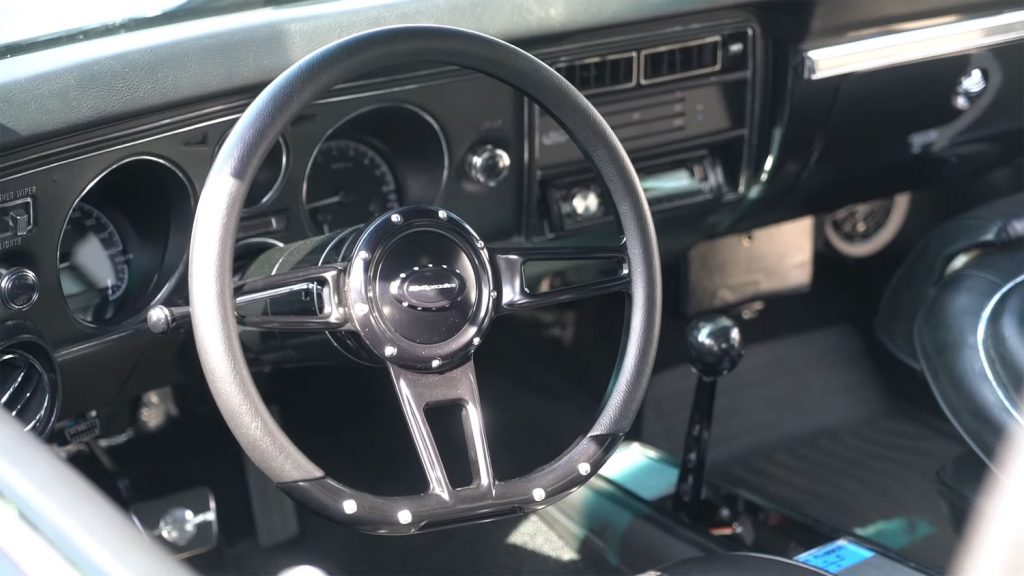 Check out all the driving action, burnouts, and donuts in this video from AutotopiaLA. 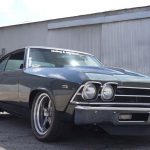 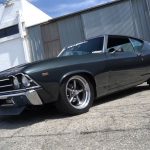 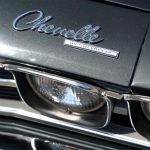 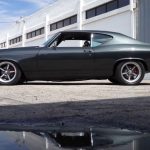 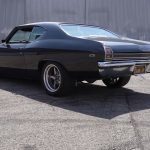 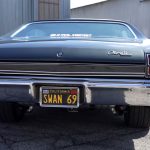 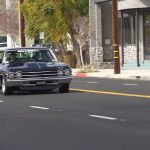 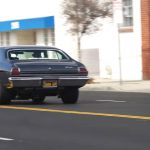 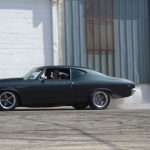 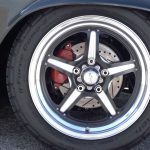 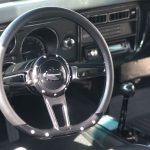 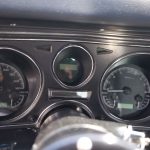 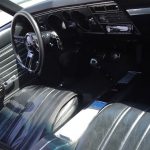 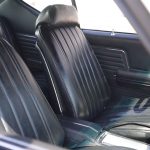 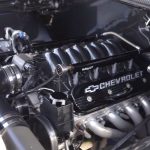