General Motors is making a major push into the all-electric vehicle segment, with plans to launch 30 new EV models by 2025. Rumor has it one of those upcoming EVs may be a new all-electric Chevy Camaro, with the automaker dropping a teaser video last year that looked as though it included the silhouette of exactly that. Now, one digital artist is imagining what a possible Chevy Camaro EV could look like with the following futuristic concept images. 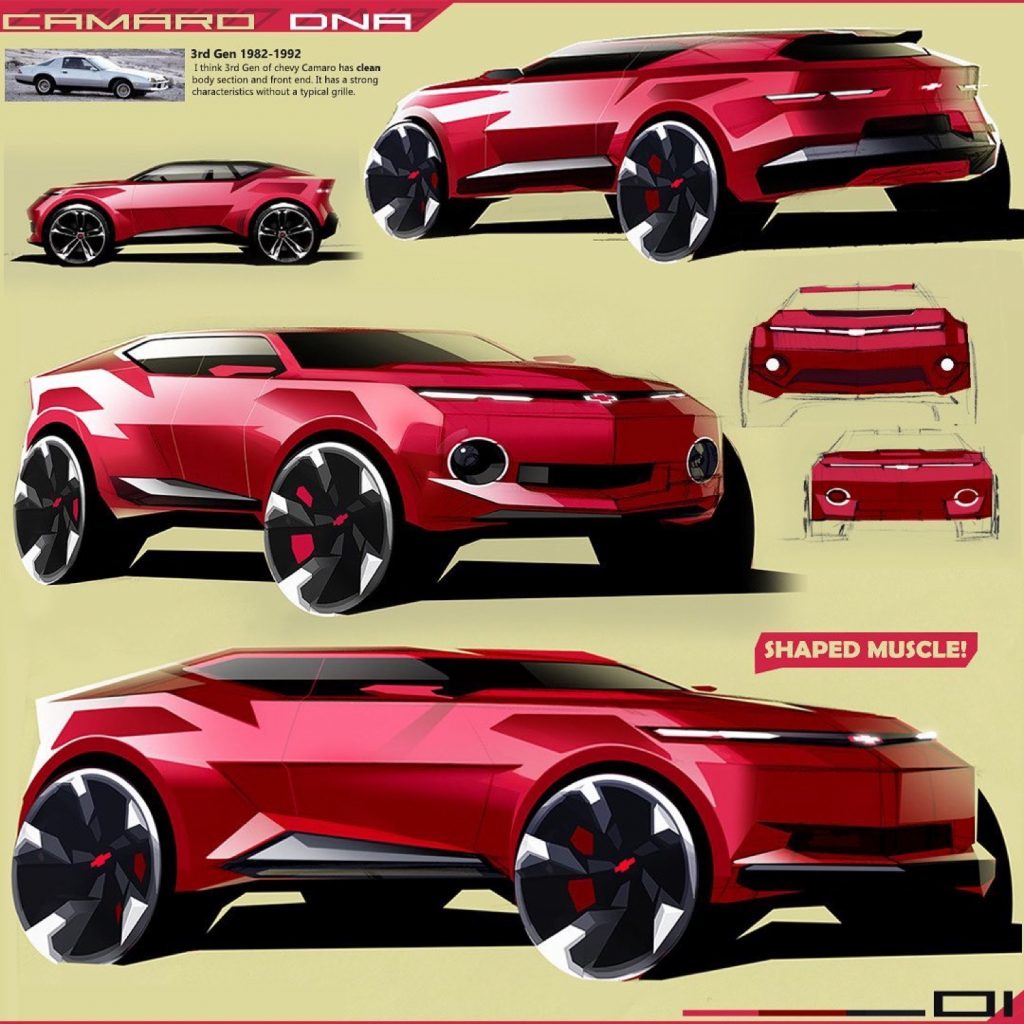 Coming to us from automotive design artist Dongman Joo, the new Chevy Camaro EV concept is dubbed the Camaro E-Gen, and looks to straddle the line between a two-door sports car and low-slung crossover coupe. The lines take inspiration from the Chevy Camaro’s past, including the third-generation model, while also looking ahead by evolving the current sixth-generation design. 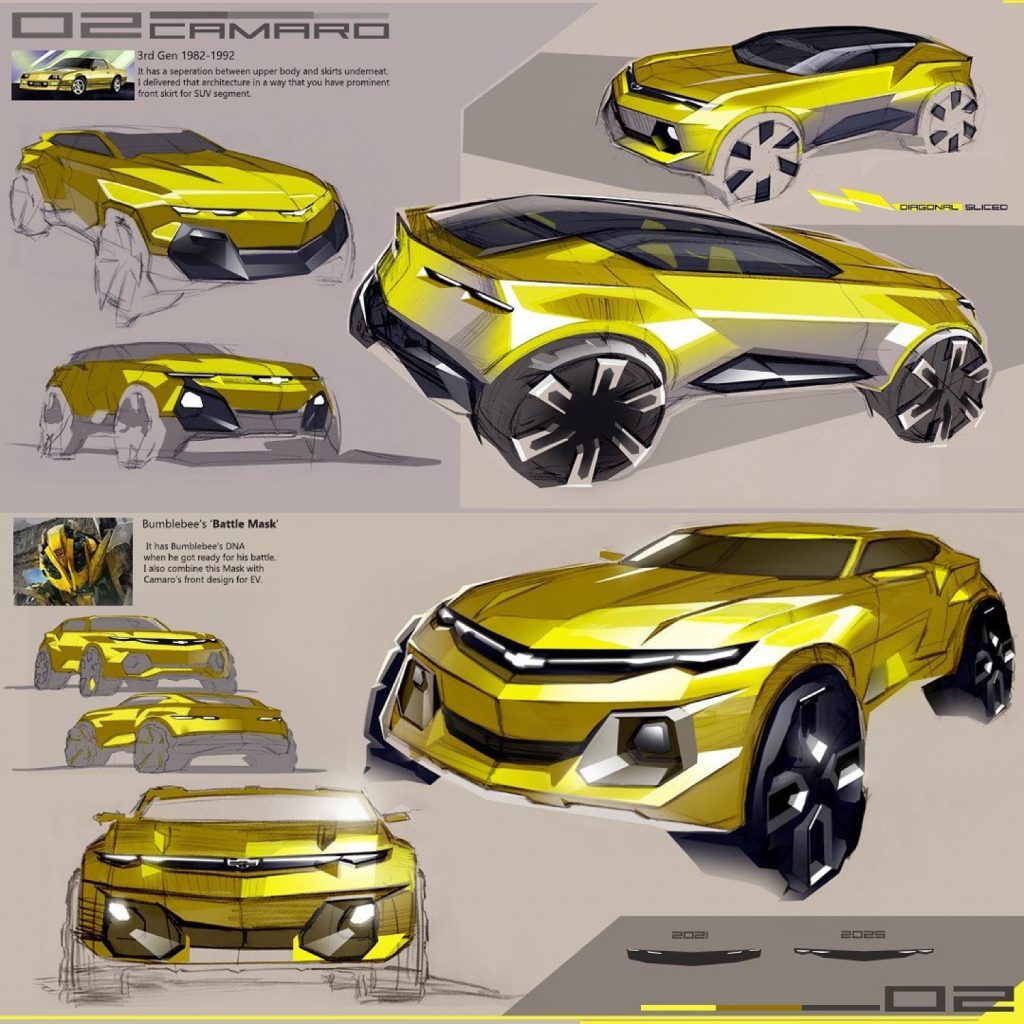 In addition to creating several sketches, the artist also created a set of more-realistic, 3D vehicle renderings, featuring a low roofline, cab-back proportions, wide rear haunches, and sharp, chiseled styling lines. The wheels are enormous, tucked under the flared wheel arches with just a thin strip of rubber to provide the traction. 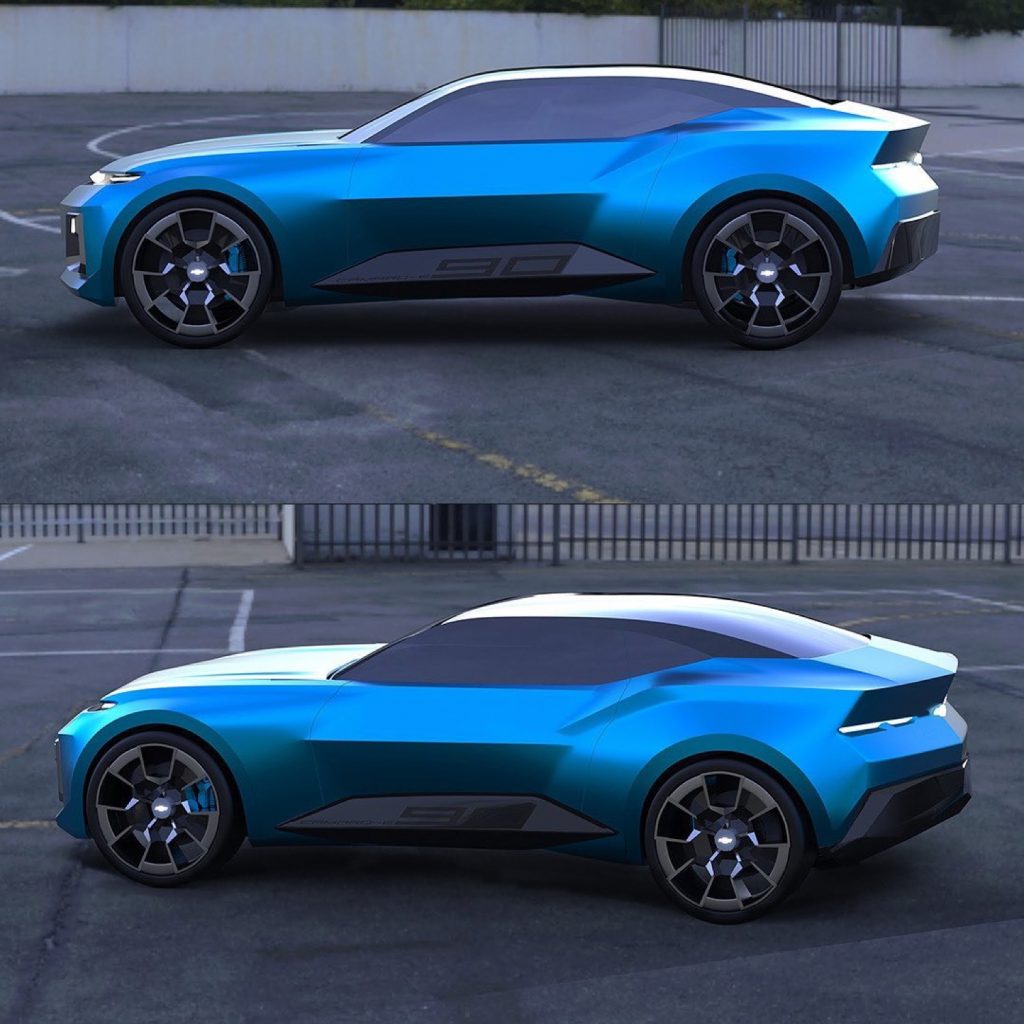 While purists will no doubt shudder at the thought of a Chevy Camaro EV, there’s certainly nothing to preclude such a model from offering impressive performance. After all, General Motors has already demonstrated the power of electric muscle on the drag strip with the battery-driven Camaro eCOPO, while on the production front, the all-new 2022 GMC Hummer EV supertruck can sprint from a standstill to 60 mph in just three seconds thanks to its 1,000-pony, three-motor powertrain. 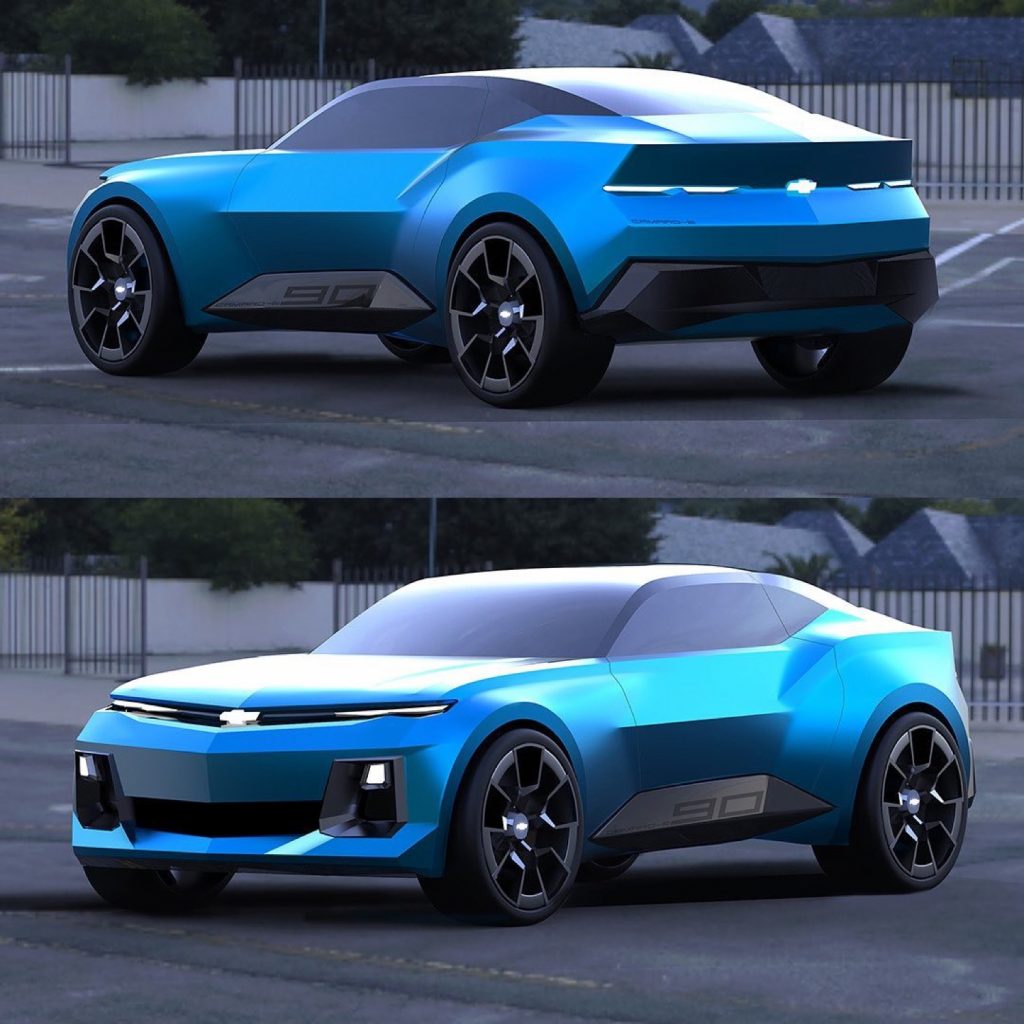 Regardless of how it looks and moves, the idea of a new all-electric Chevy Camaro is divisive, at best. That said, such a thing does not necessarily have to suck, and with designs like this to point the way, the EV future could in fact be pretty exciting.