A C8 Corvette owner in Florida went viral for all the wrong reasons last year when his beloved mid-engine sports car fell off a lift while in a dealership’s service bay. Chevrolet eventually stepped in to resolve the situation with the customer, but it was still a slightly embarrassing moment for both the automaker and the dealership involved.

Now, another C8 Corvette has fallen off a lift while being worked on, although the details on this story are scarce. A Corvette Forum member posted photos of the Rapid Blue Corvette partially hanging off a two-post lift in some type of service center this week and provided no backstory on the images, only saying they were sent to him by a family member. 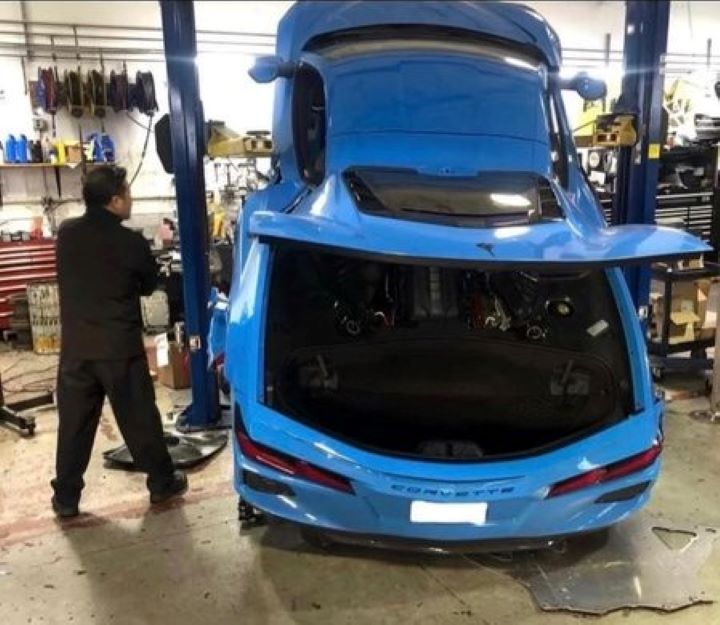 It’s not clear if this mishap occurred in an official Chevrolet dealership service center or a private third-party shop. General Motors does provide in-depth C8 Corvette training to service employees that will be working on the mid-engine sports car, so the employee should have known better if this was an official Chevy shop, but mistakes can still happen no matter how much training or preparation someone has. 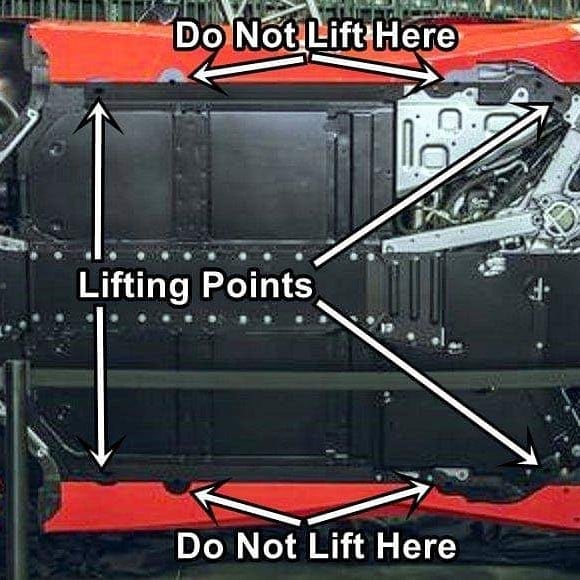 The above diagram is part of this service technician training for the C8 Corvette. It shows the correct points to hoist a C8 Corvette from, along with the areas where employees should not attempt to put it on the lift. It’s not clear if this particular incident was caused by the employee failing to put the vehicle on the lift properly, or if there was some other issue or failure with the lift itself. 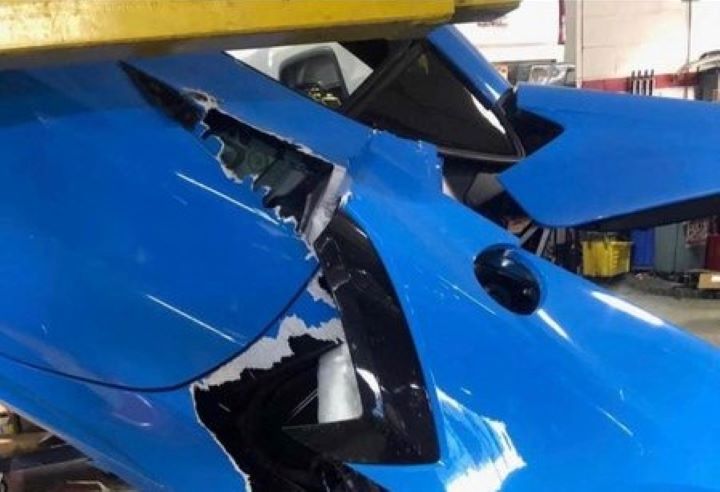 Chevy stepped up to help the owner of the C8 Corvette that fell off the lift last year, so we wouldn’t be surprised if it steps in to resolve this matter as well – assuming this did indeed happen at a Chevy dealership service center, of course.