The upcoming 2022 GMC Sierra AT4 was recently spotted in prototype form testing in the real world. Interestingly, these new spy images reveal that when the refreshed 2022 GMC Sierra arrives in showrooms, it’ll bring greater differentiation between it and its corporate cousin, the 2022 Chevy Silverado, with regard to the two pickups’ off-road offerings. 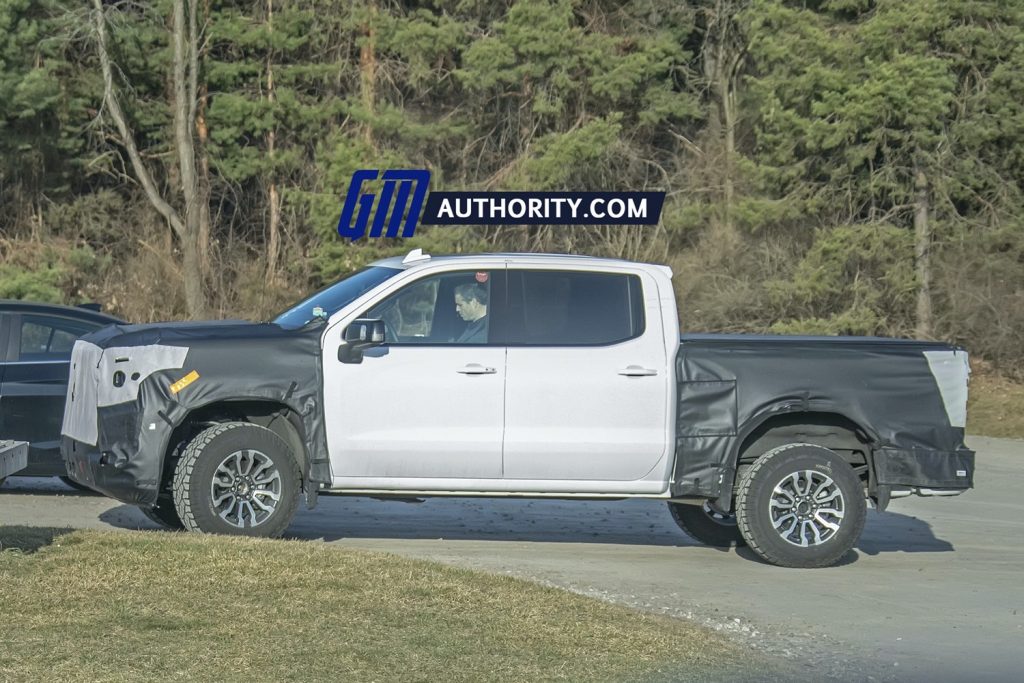 The visual clues leading us to the conclude that this particular 2022 GMC Sierra prototype is in fact the AT4 trim level include the pickup’s taller ride height and stance, as well as red tow hooks in the nose and the machined-detail wheels in the corners, all of which add up to the Sierra’s off-roader-oriented trim.

Judging by what we see here, the new AT4 prototype looks to more or less stay the course when it comes to comparisons with the current Sierra AT4. This is particularly noteworthy when considering some of the suspension upgrades slated to arrive with the upcoming 2022 Chevrolet Trail Boss ZR2, as evidenced by recent spy photos. 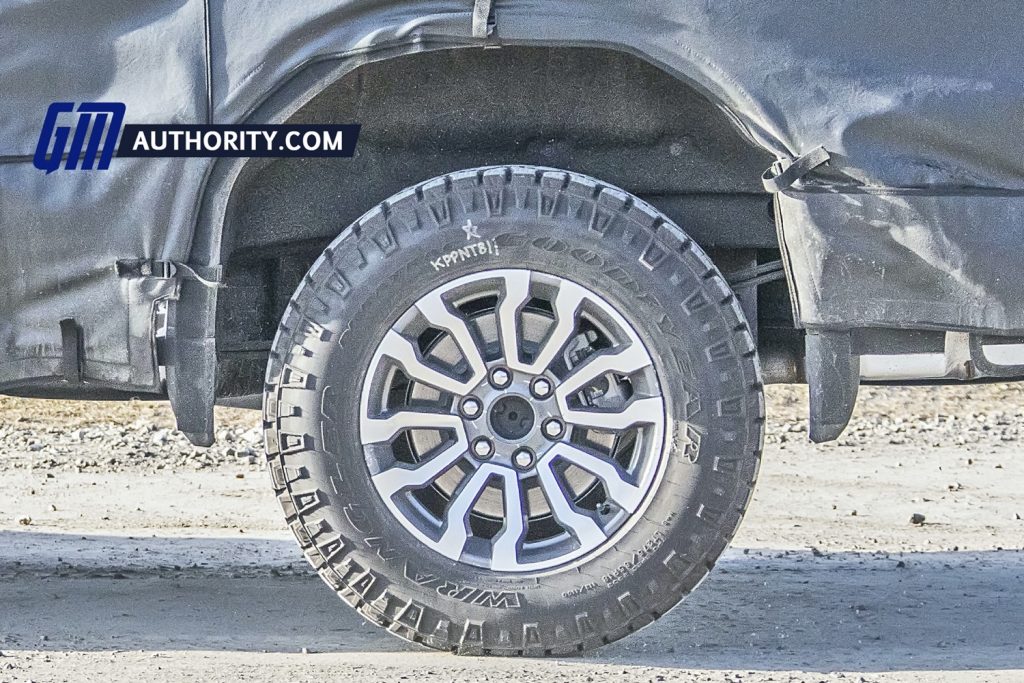 Whereas the upcoming 2022 model year refresh will debut a new, more-robust four-leaf-spring rear suspension setup with the Silverado Trail Boss ZR2, this GMC Sierra AT4 prototype appears to be running a two-leaf-spring setup like the current AT4 model. That said, it’s still possible that the new four-leaf suspension setup that we covered previously will be offered as part of a new high-tow or payload package, and thus will be optional both for the new GMC Sierra and the new Chevy Silverado. 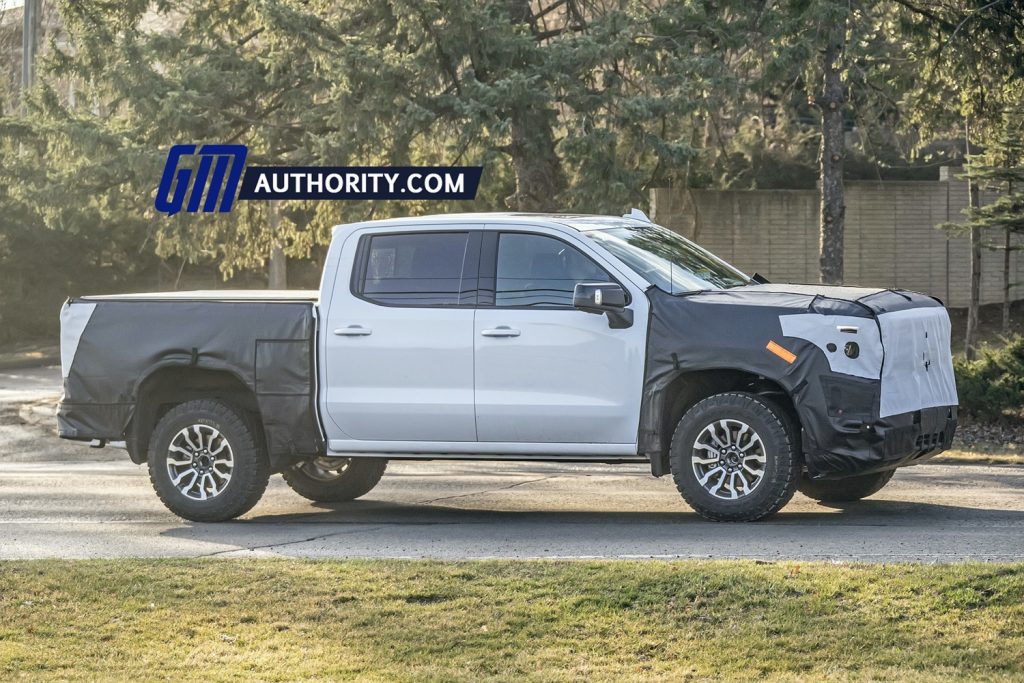 Regardless, it now looks as though the more aggressive off-roader-spec front end slated to arrive on the nose of the Chevy Silverado Trail Boss ZR2 will not make an appearance on the new 2022 GMC Sierra AT4, at not least not with the “standard” AT4 prototype model seen here. 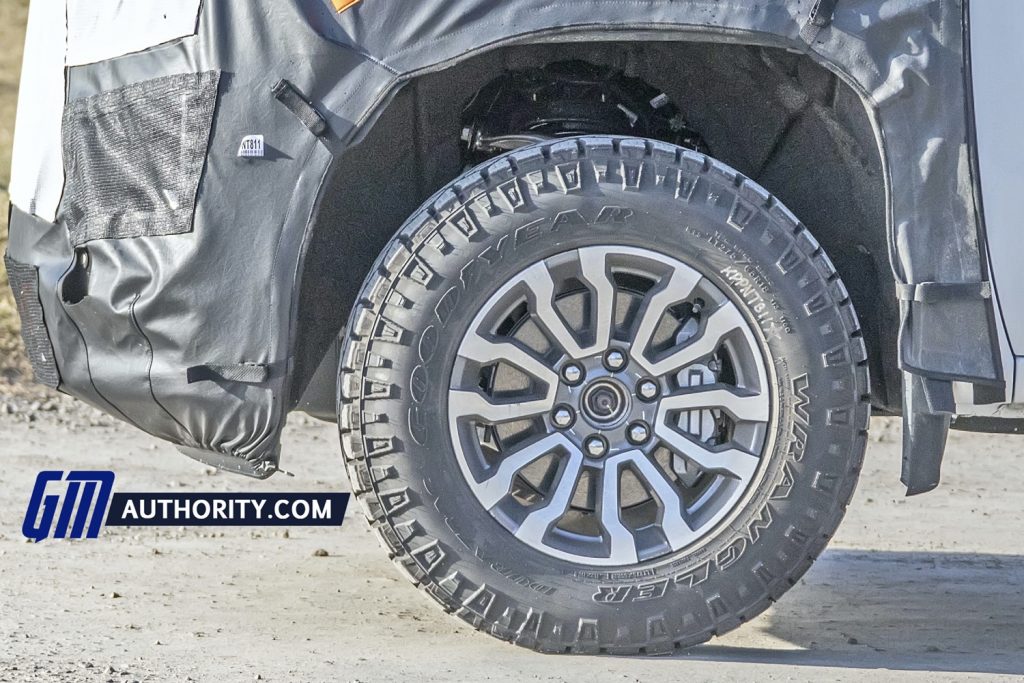 It’s also worth noting that this GMC Sierra AT4 prototype continues to ride on 32-inch Goodyear Wrangler Duratrac tires, sized at 275/65R18 – the same spec as the current AT4. The wheel design also looks familiar.

We have plenty more coverage on the new 2022 GMC Sierra, including the AT4 trim level, coming down the pipeline, so stay tuned. In the meantime, make sure to subscribe to GM Authority for more GMC Sierra news, GMC news, and around-the-clock GM news coverage.