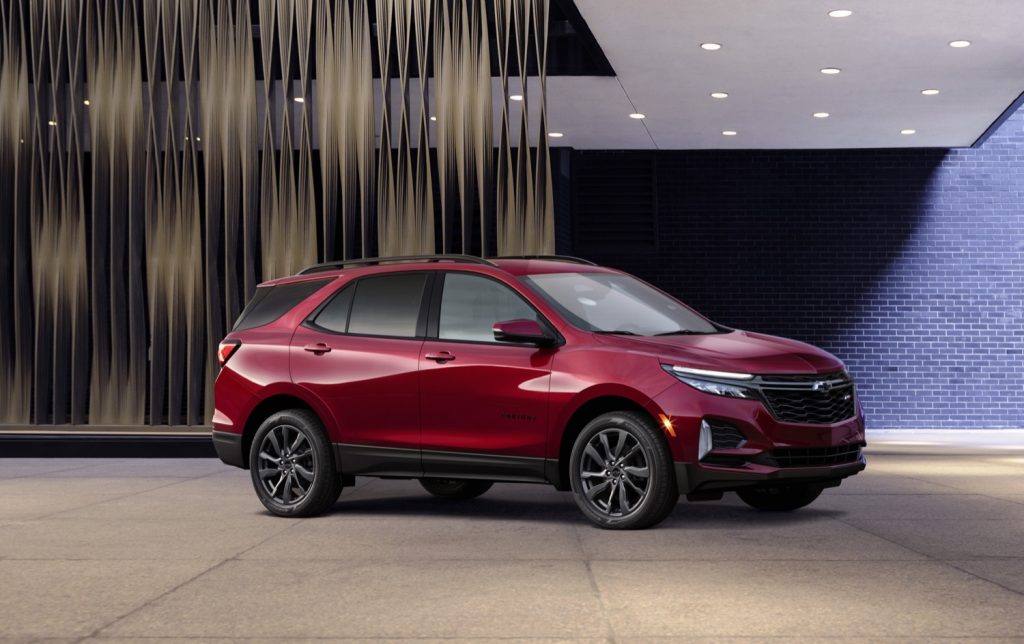 The new colors set for introduction with the refreshed 2022 Chevy Equinox include the following (relevant RPO codes listed in parentheses):

The 2022 Chevy Equinox ushers in a mid-cycle refresh for the nameplate originally set to debut for the 2021 model year. However, due to complications stemming from the COVID-19 pandemic, the model refresh was pushed back to the 2022 model year.

In addition to new exterior colors options, the 2022 Chevy Equinox will also introduce a few exterior styling changes, such as a revised front grille and lower fascia, both of which will pair with new, restyled headlamps that include long, thin housings that pull back into the fenders, continuing the central styling line in the grille. The front will also sport new fog lamps, while the rear end will include a revised rear bumper and redesigned tail lights. The body style will continue on as a compact four-door crossover utility vehicle.