A 2015 Chevrolet Camaro Z/28.R that was campaigned by Black Dog Speedshop in the Pirelli World Challenge series is currently being auctioned off via Bring-A-Trailer. 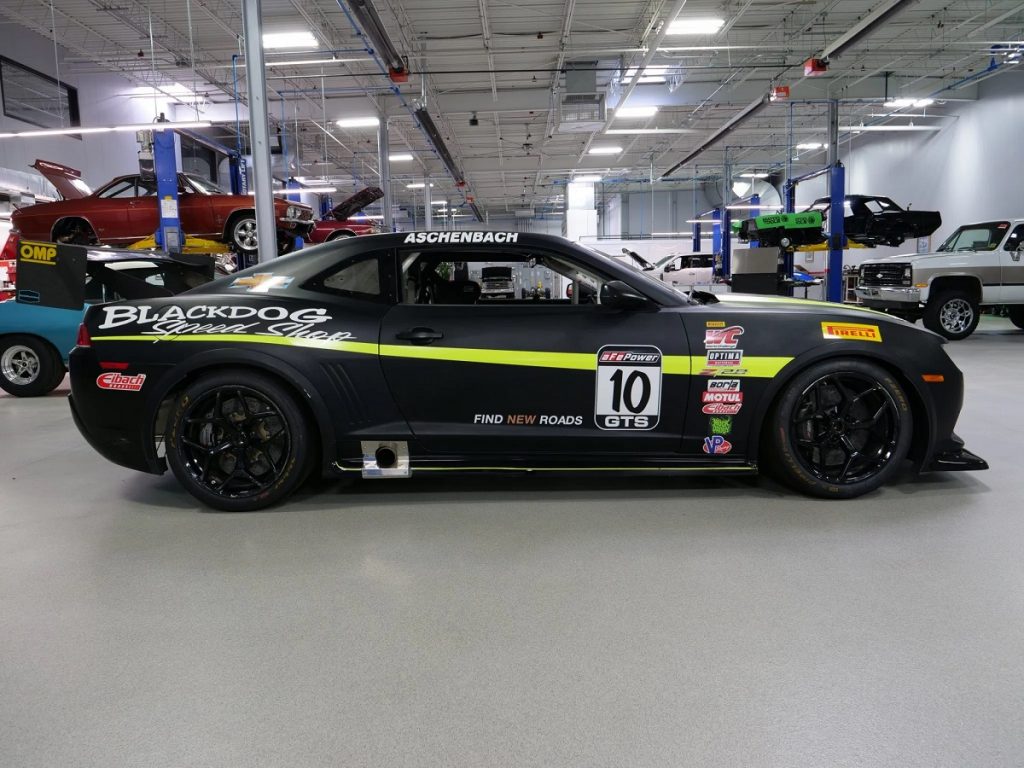 This matte black Chevrolet Camaro Z/28.R was piloted by Michael Cooper in the World Challenge GTS Class in 2015, who took four wins in it at Circuit of the Americas, Mid Ohio, Utah and Sonoma to lock down that year’s driver’s championship. Lawson Aschenbach took over driving duties in 2016 after Cooper was recruited by GM to drive its then-new Cadillac ATS-V.R GT3 car, who took four more victories in the Chevy at COTA, Mosport, Lime Rock and Mid Ohio. 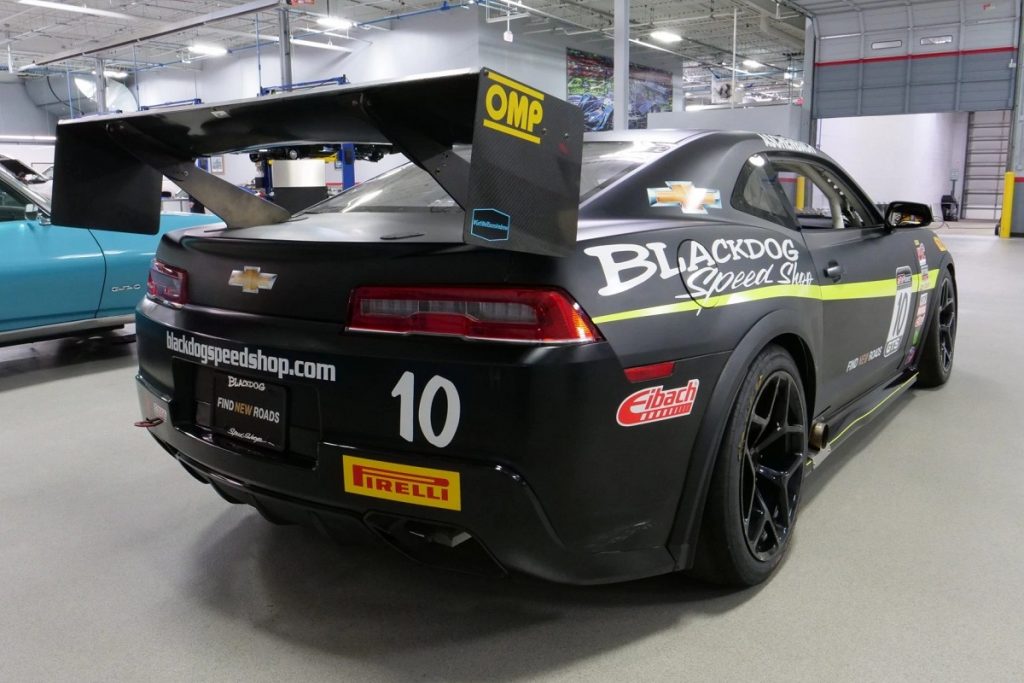 This car started out life as a regular body in white from Chevy before it was converted to PWC GTS-spec by Blackdog Speed Shop. This transformation included the addition of a rear wing, Lexan windows, side-exit exhaust and a carbon fiber hood, decklid, doors and front fenders. The car rolls on black 19-inch Z/28 wheels wrapped in Pirelli P Zero slicks, while a set of factory Camaro Z/28 Brembo carbon fiber brakes help bring the package to a stop. Other notable components include an adjustable Bosch Racing ABS system, an AirJax air jack system and four-way adjustable coilovers. 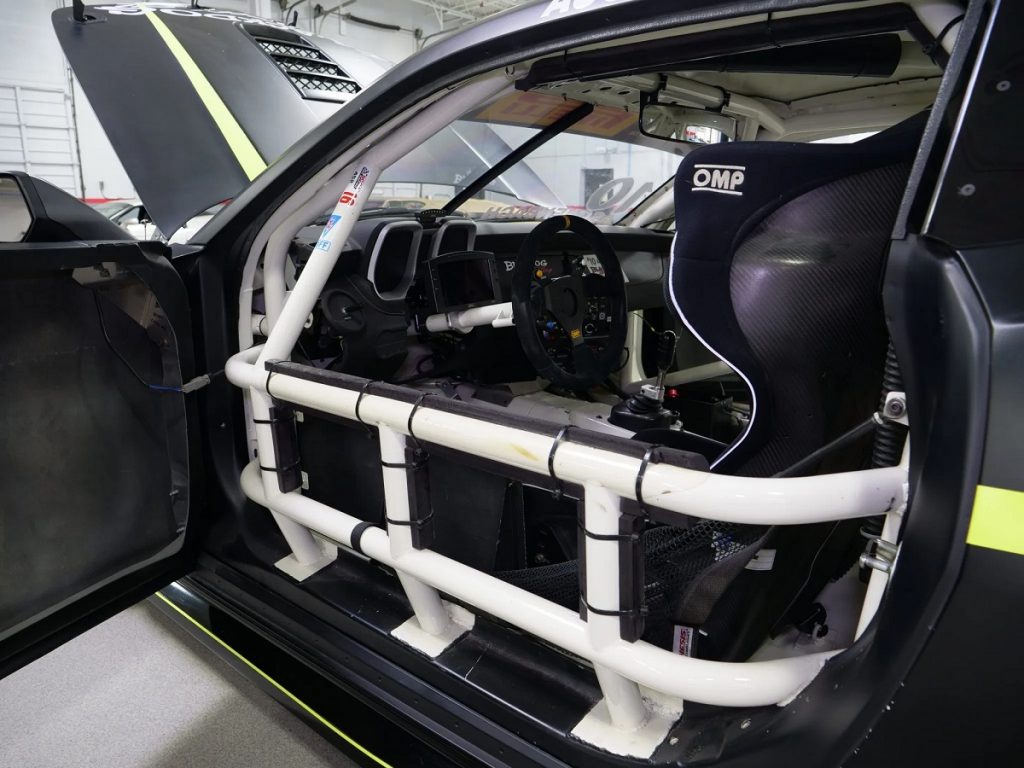 Power comes from a 7.0L LS7 V8 engine with a dry-sump oiling system, MoTec M800 ECU and C&R radiator. Power is sent to the rear wheels through a Tremec six-speed manual transmission with an RPS carbon clutch. The sale will come with plenty of spares, too, which include a spare manual transmission, two sets of brakes, a front bumper, spare axles and spare wheels on fresh Pirelli rain tires. 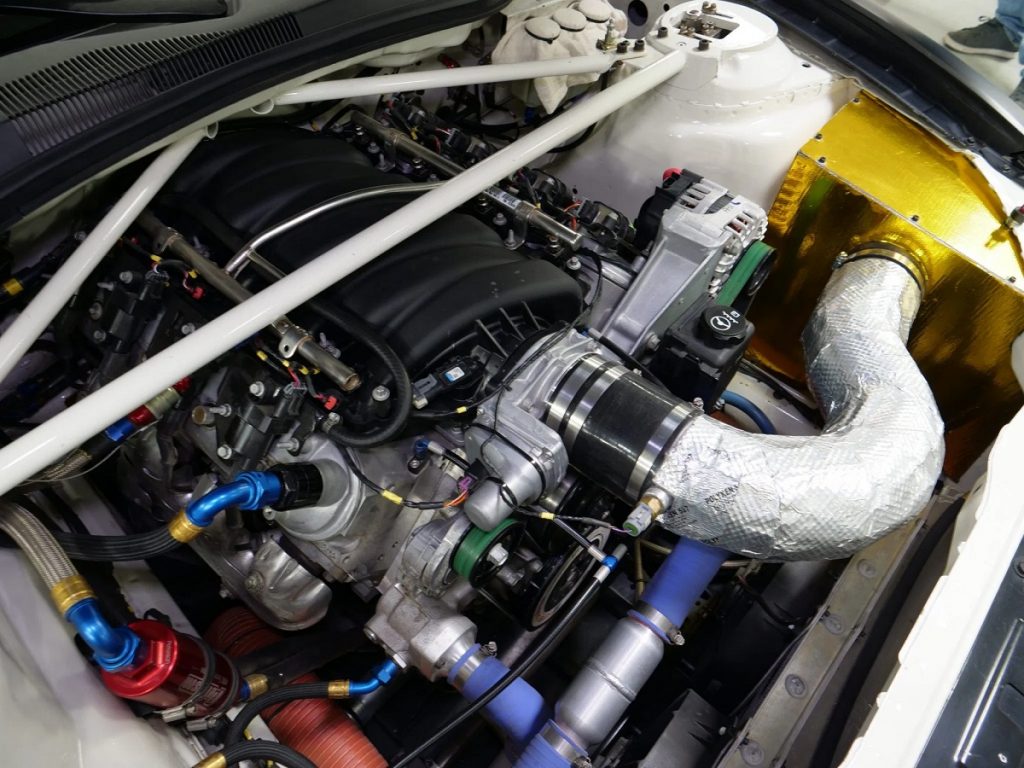 Bidding on this lot sits at $40,000 as of this writing with just one day left before the gavel falls. This is a great opportunity for GM fans to get their hands on a factory-backed, championship-winning Chevy race car for a great deal, so don’t pass this one up, readers!