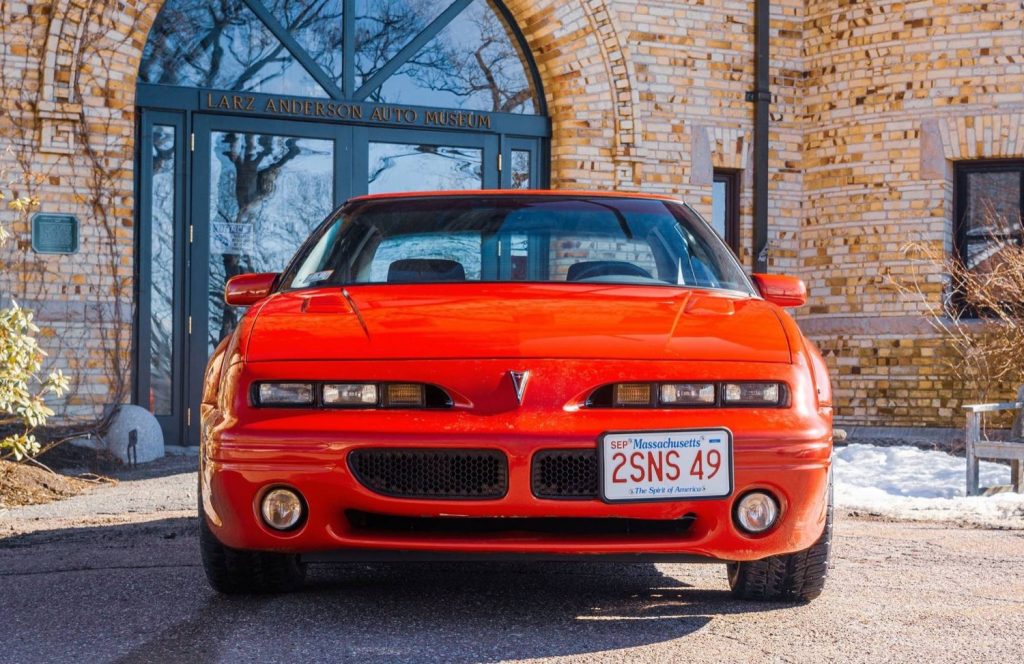 Hailing from the penultimate model year of the fifth generation, this 1995 Pontiac Grand Prix looks surprisingly clean for a car that’s over a quarter century old. The exterior is covered in Bright Red paint, and looks good against the blocky ‘90s styling. The narrow headlamps up front are complemented by twin grilles in the bumper and a slim lower intake section, while dual exhaust outlets in the rear pad the coupe’s sporting look.

This particular Pontiac Grand Prix is equipped with the GTP Performance package, which means it boasts louvers that run up either side of the hood, as well as 16-inch multi-spoke allow wheels and other assorted body upgrades. 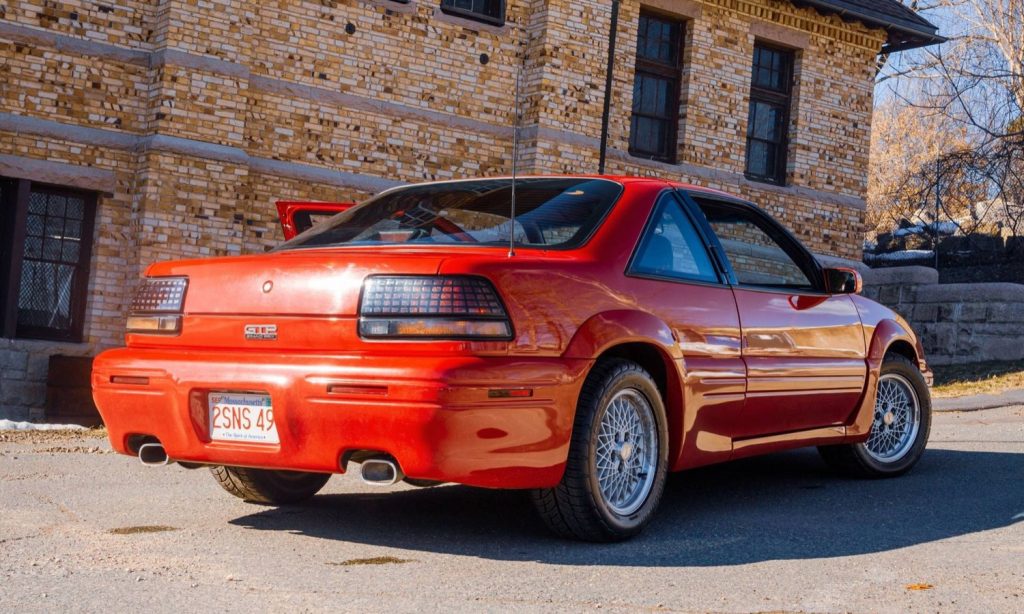 The Package also adds in a sport suspension, speed-sensitive power steering, and a few other goodies.

Under the hood, this 1995 Pontiac Grand Prix is motivated by the Twin Dual Cam 3.4L V6 LQ1 gasoline engine, which was rated at 210 horsepower and 215 pound-feet of torque from the factory. Output is sent to the front wheels through a four-speed automatic transmission. 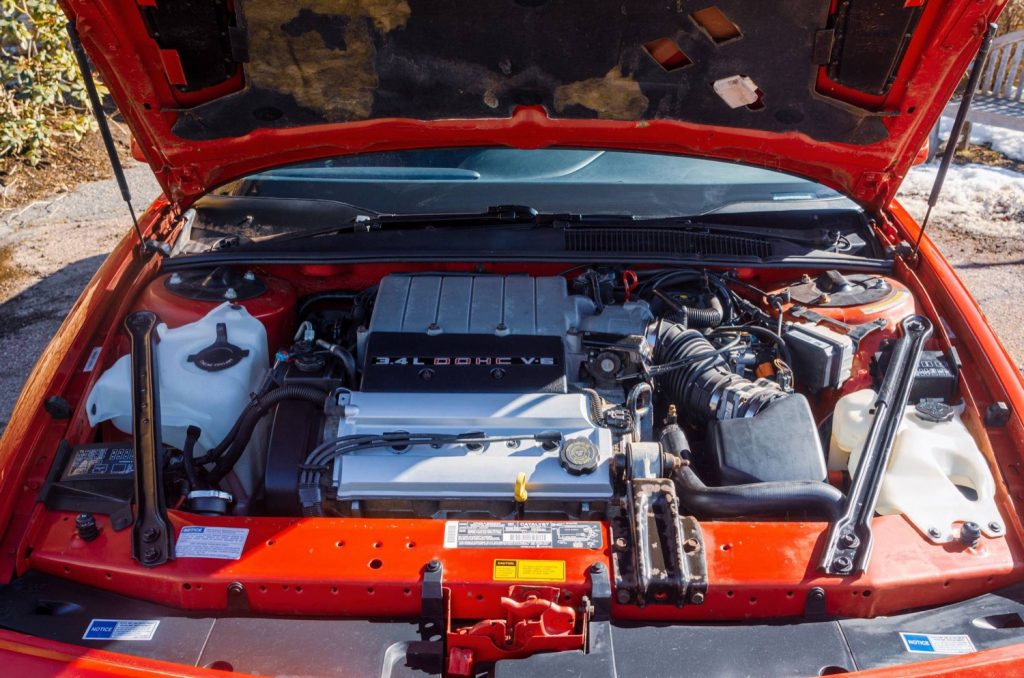 Inside the cabin space, we find a Graphite color scheme and plenty of gray trim, cementing this vehicle’s ‘90s vibes even further. There’s space in the rear for an additional three passengers, bringing the max passenger capacity to five. 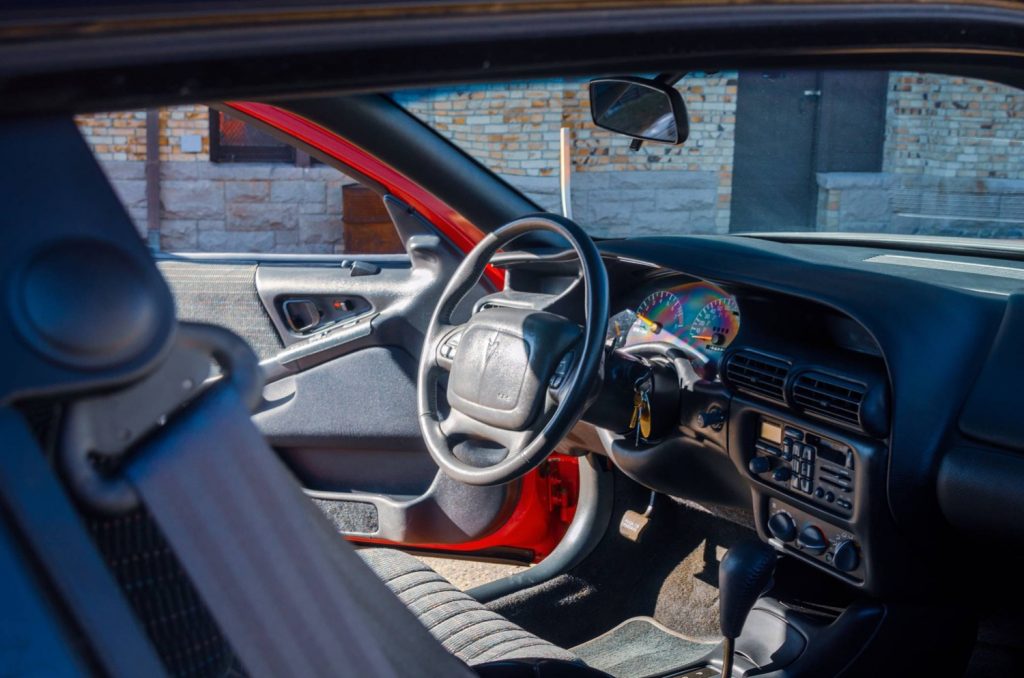 According to the listing, there are a few minor imperfections, such as some scratches on the front bumper and a dent on the roof and left front fender. However, all things considered, this 1995 Pontiac Grand Prix looks more or less pristine.