The second generation of the Pontiac Sunbird was built from 1982 to 1994 as part of General Motors’ J-body platform, along with the Chevy Cavalier, Cadillac Cimarron (much to the chagrin of traditional Cadillac customers), the Olds Firenza, and the Buick Skyhawk. It was a front-wheel-drive subcompact produced in coupe, sedan, hatchback, and wagon guises. It was propelled by the 1.8-liter four cylinder featuring a single overhead cam, aluminum head, and throttle-body injection. Power was Malaise Era typical, with peak output a scorching 84 horsepower. 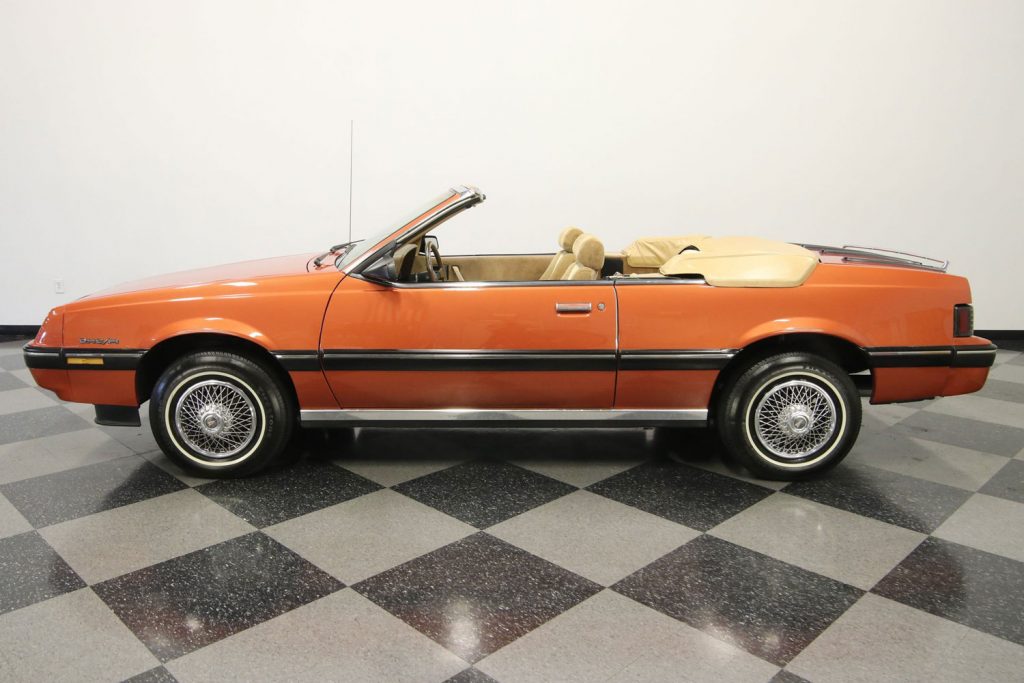 Our feature car is a convertible variant of the Pontiac Sunbird. Far fewer of the ragtop Sunbirds were produced, as the convertible option nearly doubled the price of this economy car. Just 2,114 copies were built in 1985, fewer than two percent of all Pontiac Sunbird production. This particular example was kept by the dealer as his personal car until very recently, sparingly used for parades and sunny days. 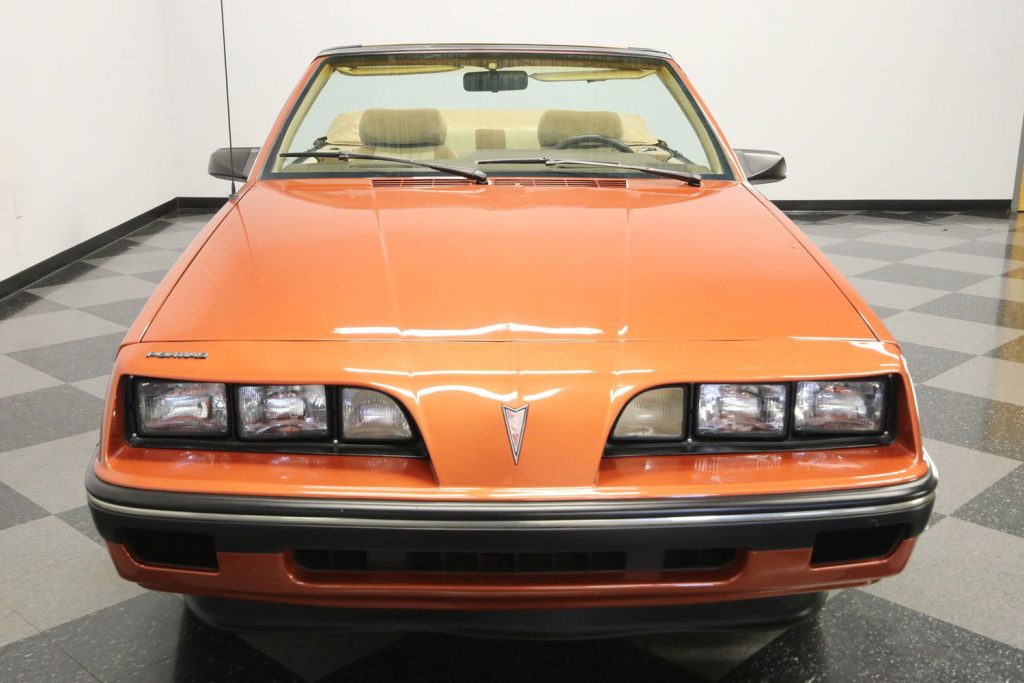 It is finished in its original hue of Light Russet Metallic. The paint presents very well, surprisingly so when you consider the horror stories of mid-1980s GM paint. Stainless trim is bright and shiny, and the black moldings are free from fading. Original wire wheel covers are fitted to the steel wheels, which are shod in Firestone whitewall radials. Glass clear, absent of road rash or wiper tracks, and weatherstrip is in excellent nick. The tan convertible top is in exceptional condition. 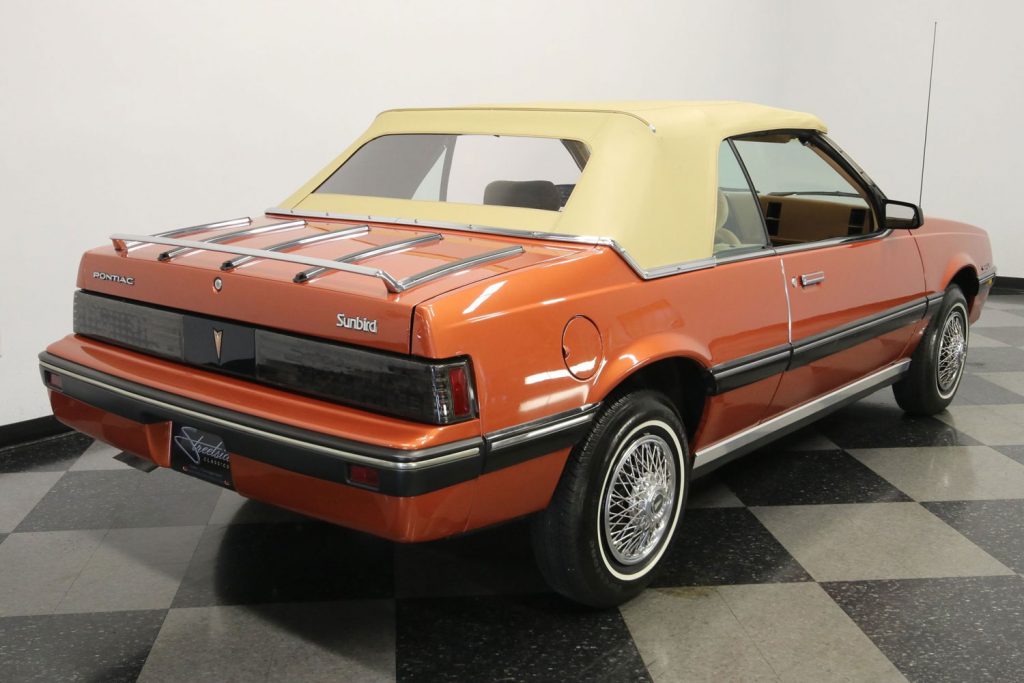 The two-tone tan cloth interior of the Pontiac Sunbird shows well, with little sign of use. The tilt steering wheel is wrapped in dark saddle leather. It is equipped with bucket seats, center console, power windows, power convertible top, AM-FM stereo, cruise control, a full gauge package, and R134a-converted air conditioning. There is a vinyl convertible boot to keep things tidy when the top is down. 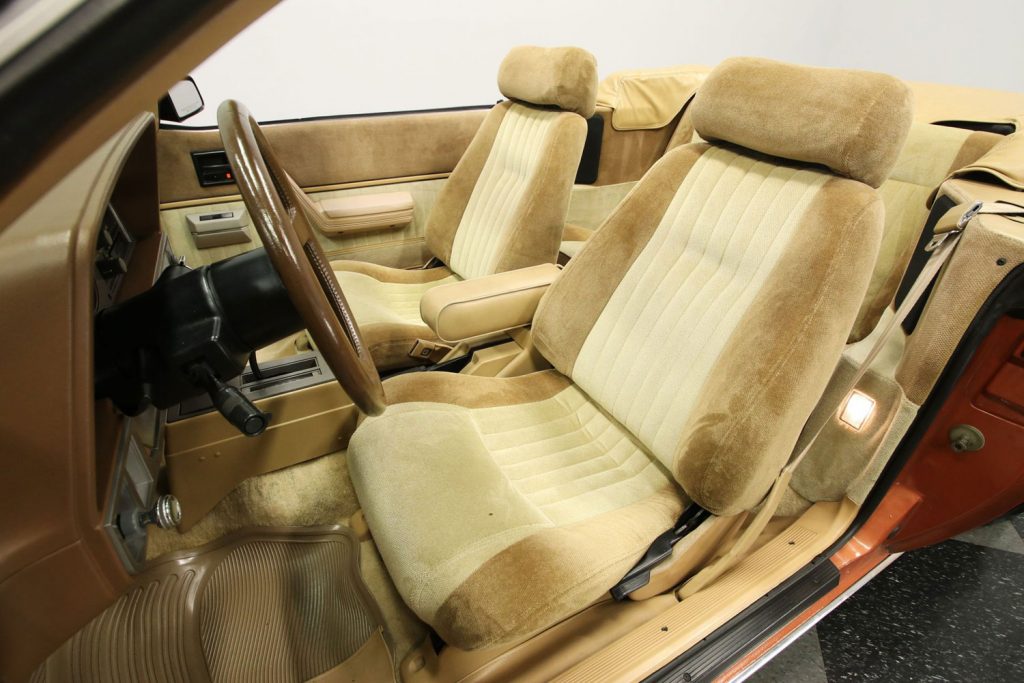 Underneath the Pontiac Sunbird’s hood is the nearly spotless 1.8-liter inline four cylinder. It is backed by a three-speed automatic transmission. Thanks to the throttle-body fuel injection, the Sunbird starts with ease. There are no signs of leaks or drips, either in the tidy engine bay or the equally clean undercarriage. The power brake booster feeds the front disc and rear drum brakes. 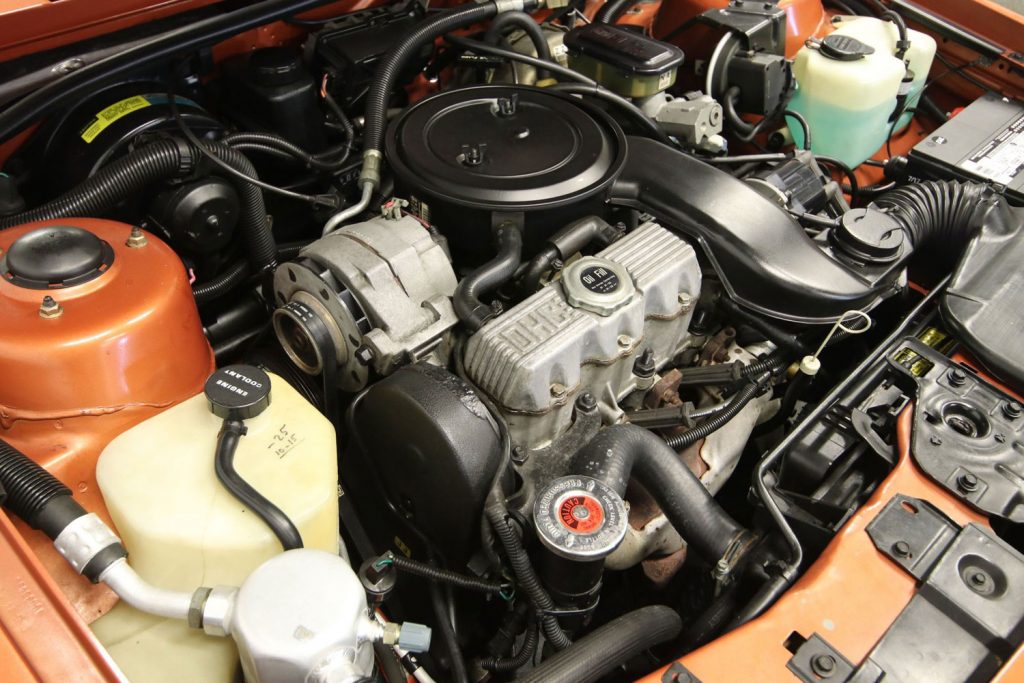 This Pontiac Sunbird is accompanied by the original owner’s manual and complete ownership history. It is available here at Streetside Classics for just $13,995. 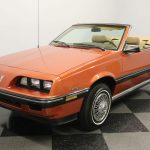 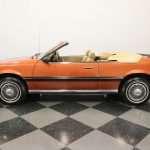 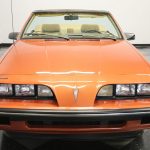 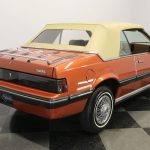 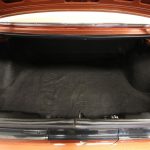 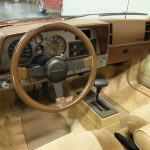 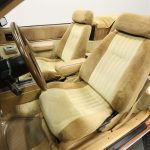 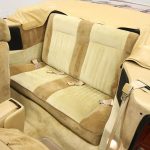 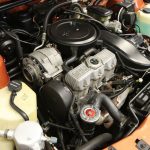 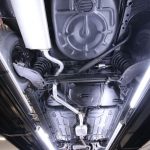