1967 marked the end of the second generation of Chevy Corvette. It was the cleanest of the Mid Year (1963-1967) Corvettes design-wise, with minimal adornment. The three large side slats were replaced with five smaller slots in a common vent, the park brake was relocated from under the left side of the dash to the console (an assembly which would remain unchanged through the 1976 model year), the seats were redesigned, and the interior saw a handful of other small changes. 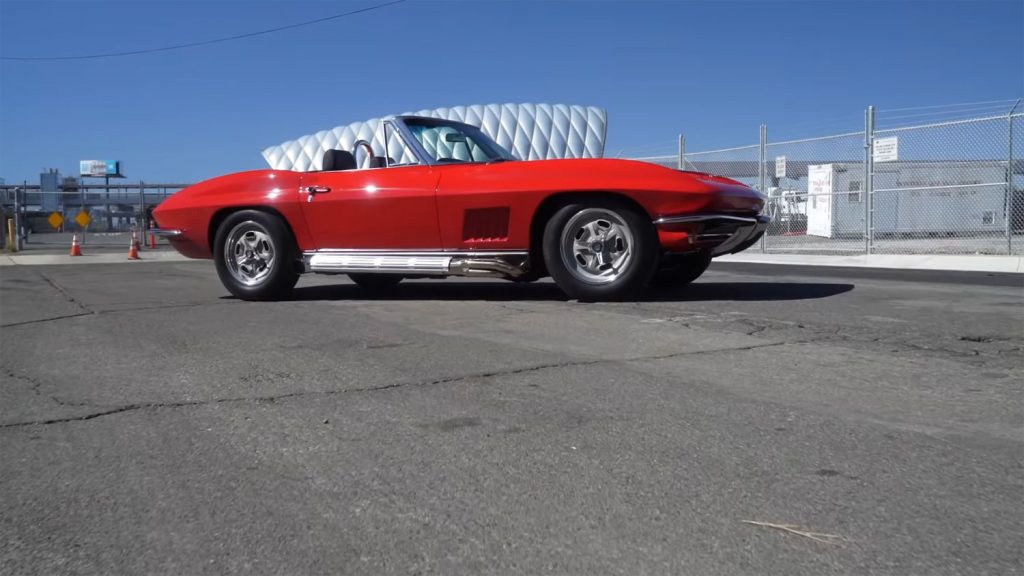 Our featured Chevy Corvette was a nicely restored convertible prior to being modified by famous Southern California hot rodder Jimmy Shine. It featured a 454 cubic-inch Big Block (obviously not a numbers-matching engine, as the 454 didn’t bow in Corvettes until 1970) and a four-speed transmission, and more traditional Corvette bits. The 454 was extracted in favor of a Chevrolet Gen V 502 Big Block producing 508 horsepower and a staggering 600 foot-pounds of torque. The four-speed was swapped for a Tremec five-speed manual with the proper offset supplied by Modern Driveline. Mr. Shine describes it as a “500-horsepower go-kart.” 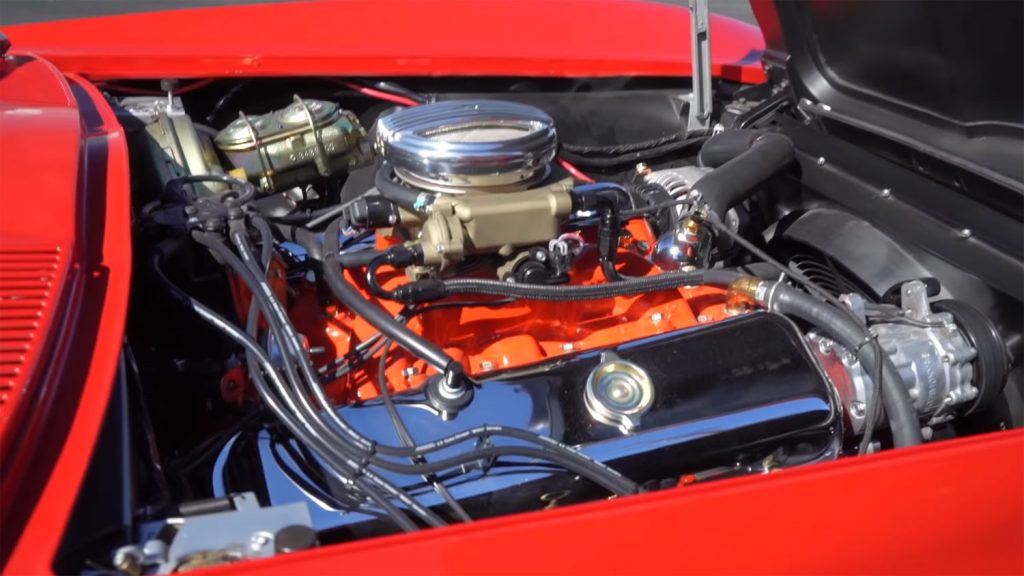 The exterior of the Chevy Corvette is a brilliant Riverside Red with a Tuxedo Black hood stinger. The sidepipes that have been fitted are not quite Corvette standard issue. True headers handle the spent gasses, sending them through big mouth pipes covered with what look like regular Corvette sidepipe covers. Cast aluminum Halibrand-style knock-off wheels are wearing racing bias-ply rubber. These are not much wider than stock.  A “paperclip” rollbar has been installed behind the driver’s side headrest. Further investigation reveals it is a removable piece of a more involved rollbar system that lives beneath the rear hard deck. The hoop can be removed to raise the deck and use the soft top. 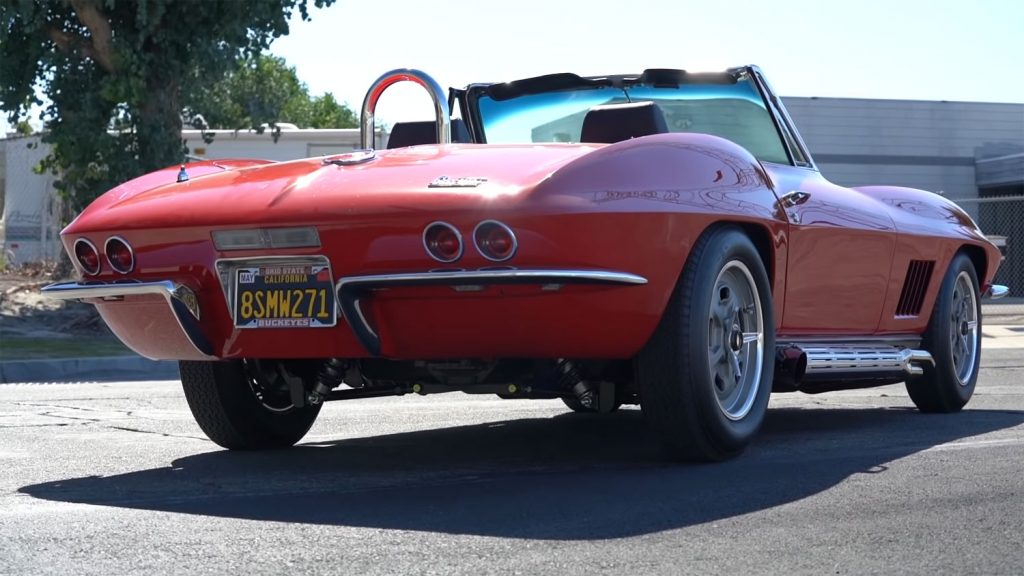 Inside this Chevy Corvette, we find the original Sting Ray seats have been replaced by much more supportive SCAT Pro Car seats and JEGS multi-point harnesses. A tilt steering column has replaced the fixed stocker, and it is topped with a leather-wrapped custom steering wheel. 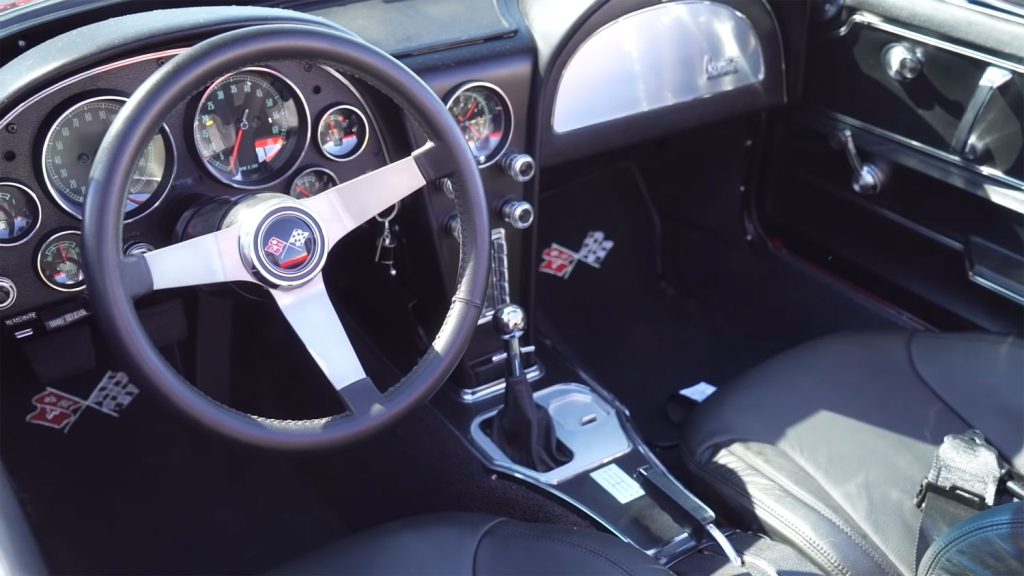 Underneath the Chevy Corvette, the traditional suspension has received a significant upgrade. Gone is the traditional rear transverse leaf spring, replaced by RideTech single-adjustable coilovers at both the rear and the front. 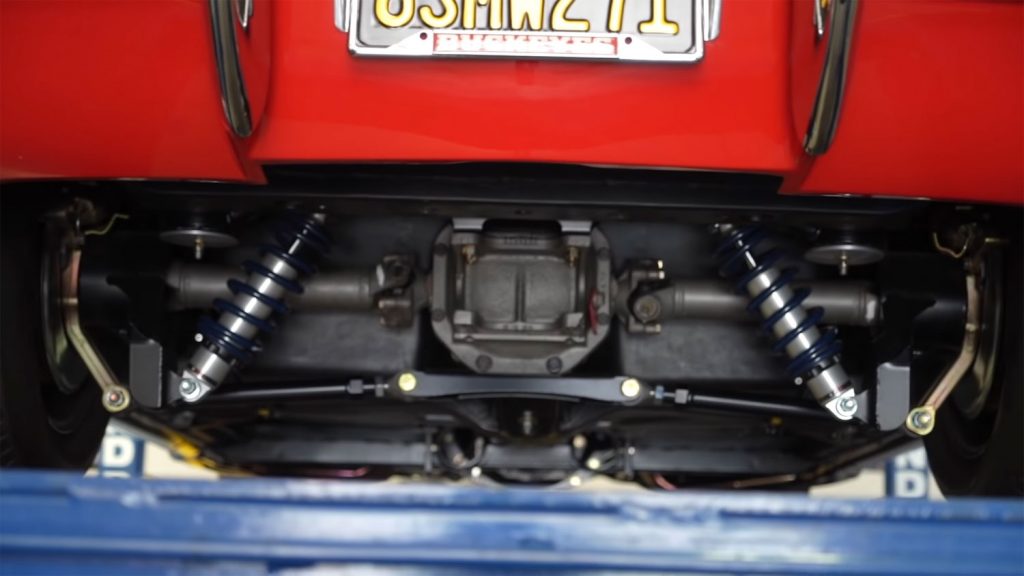 You can catch this red rocket in action in this video from AutotopiaLA. 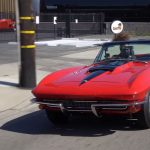 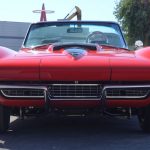 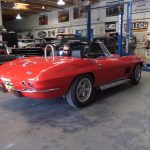 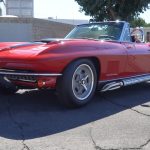 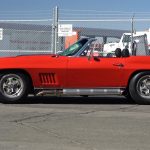 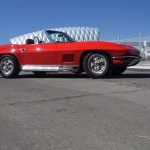 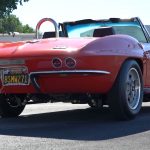 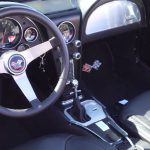 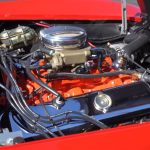 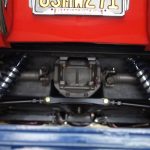