Based out of Mundelein, Illinois, Roadster Shop has made a name for itself churning out high-quality builds rocking big power, impressive performance, and head-turning style. Now, all that goodness is on display is a new video capturing a Roadster Shop-built 1967 Chevy Camaro as it cruises down the sunny Florida coastline. 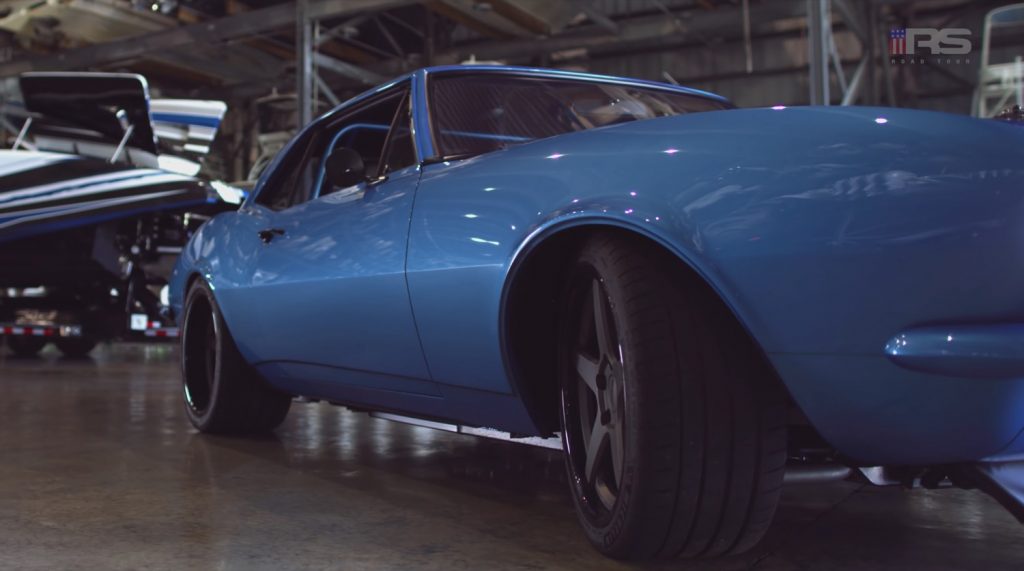 This particular video is episode five in the Roadster Shop’s Road Tour web series. We’ve previously seen a few other GM builds featured in the series, including a 1955 Chevy Coupe, a 1966 Chevelle SS, and a 1977 Chevy Pickup. Now, we’re getting up close and personal with this tasty 1967 Chevy Camaro. 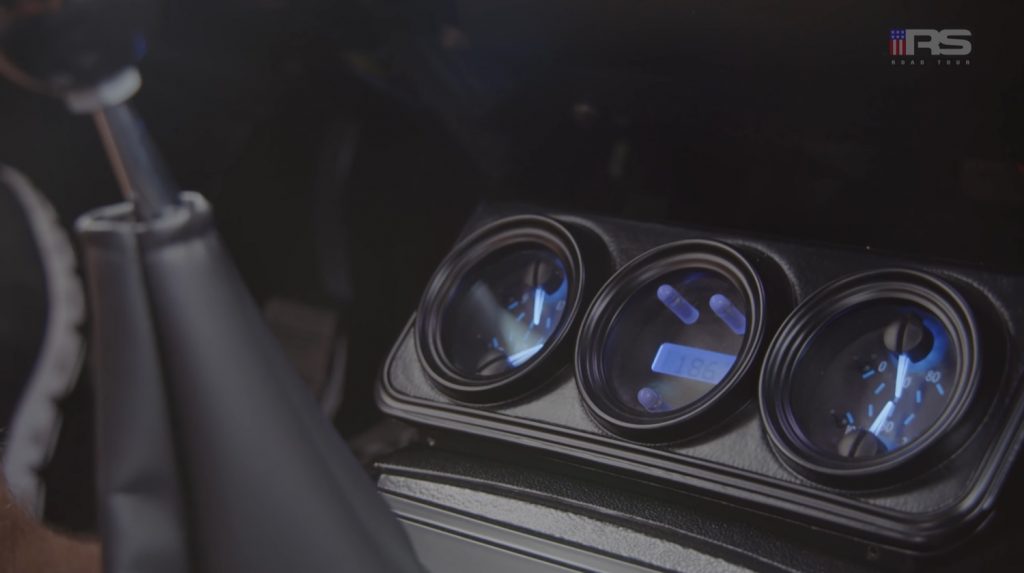 Prior to receiving the full Roadster Shop treatment, this Chevy Camaro was outfitted with a 327 V8 engine, which routed output to the rear wheels through a Powerglide transmission. Outside, the coupe was finished in Ermine White and rode on 14-inch wheels, with a tan interior to finish it off. 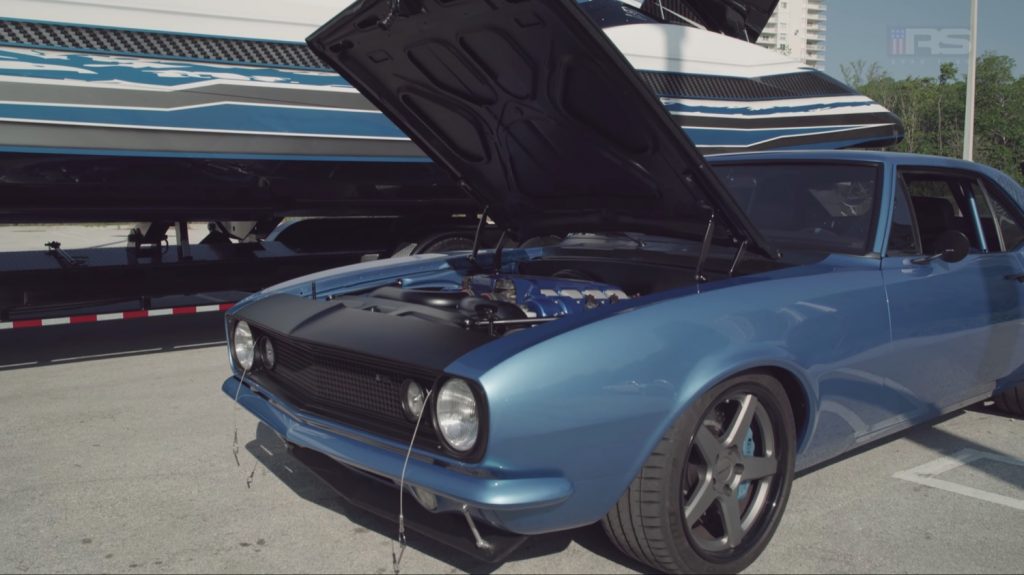 Now, however, this two-door is rocking the pavement with a ground-up overhaul that stuffs every inch of the Camaro with style and performance. The whole thing was redone in stunning blue paint, which is offset with black accents and rolls on a fresh set of five-spoke Forgeline wheels sized at 18 inches in front and 19 inches in the rear. A Roadster Shop Spec Chassis is found under the skin, while a Mercury Racing SB4 DOHC 7.0L V8 engine provides motivation to the tune of 750 horsepower at 8,000 rpm. 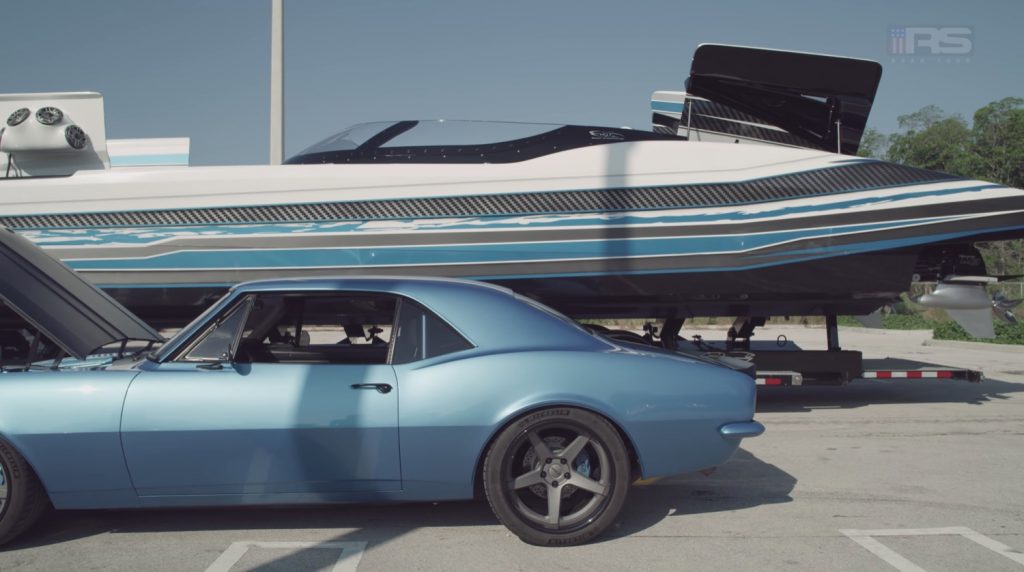 For those who don’t know, Mercury Racing is primarily a manufacturer of marine engines, but it produces crate engines for automotive applications as well. As it turns out, the owner of this particular Chevy Camaro also owns a speed boat equipped with two turbocharged Mercury Racing engines, making for quite the pairing. 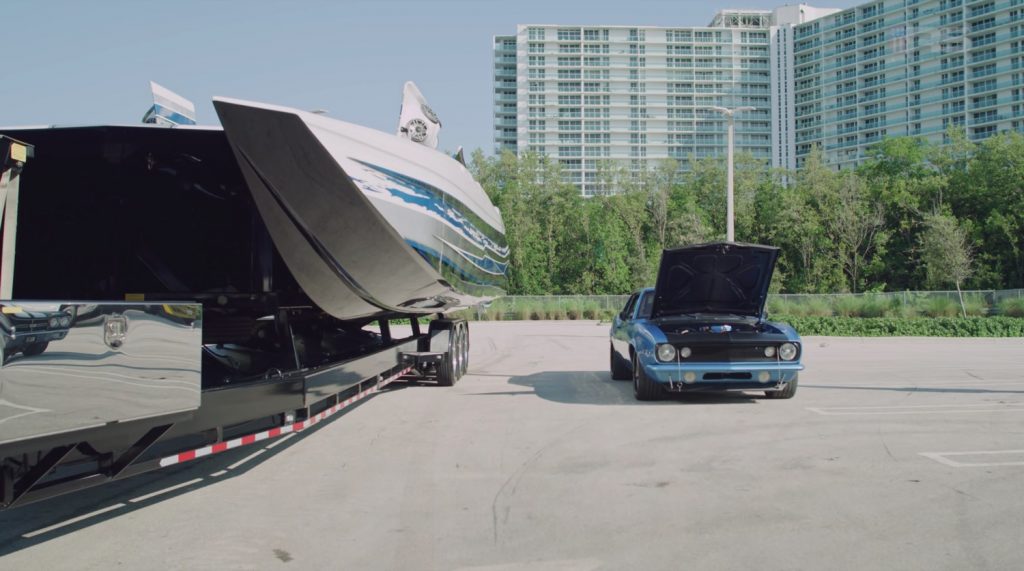 In the video, the Roadster Shop crew heads out to Florida coastline to soak up some sun and indulge in a little speedboat action, all while the Camaro struts its stuff around the marina. Check it out by hitting play below: