The Glendale, Arizona Mecum Collector Car auction posted record sales this year, with $42.3 million in sales over the three-day event March 18th to the 20th. There were rare Ferraris, Porsches, American muscle, and plenty of classics among the 1,200-plus lots on offer, but nothing brought attention quite like lot S122.1, a 1967 Corvette L88 coupe that sold for an eye-watering $2,695,000. 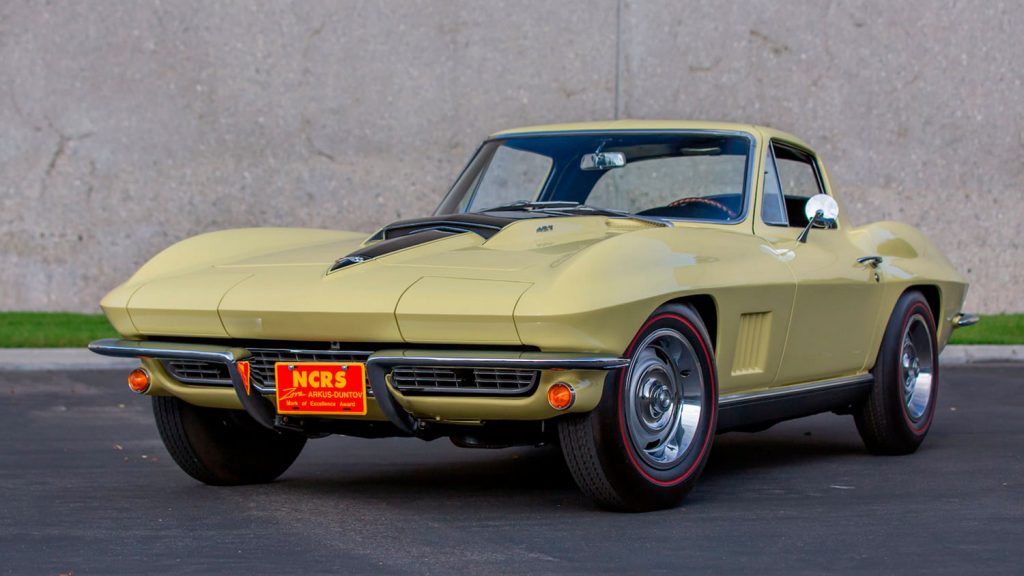 First, a bit of history. The Corvette L88 was intended to be a competition car, built for maximum performance. The L88 option consisted of a cast-iron block with 4-bolt mains, forged steel crank, forged rods, 12.5:1 compression, a radical solid lifter cam, Holley 850-cfm carb, transistorized ignition, and an aluminum intake. The L88 was rated at a laughable 430 horsepower, when with a set of headers and a bit of tuning, the Big Block would easily make 550-600 horsepower. They were not available with a heater, air conditioning, radio, power steering, or electric windows. The Corvette L88 was only built for three years, with only twenty built in 1967. This makes it one of the rarest of all Corvettes. 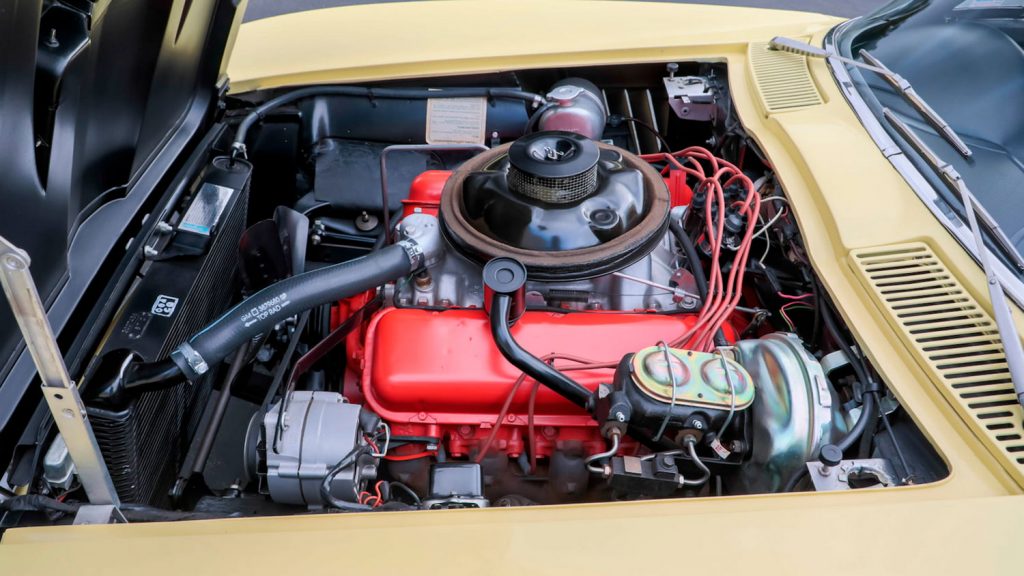 The Corvette L88 coupe that sold at the Mecum Glendale auction has been the subject of a thorough, nut-and-bolt restoration that took ten years to complete. It has been certified by Al Grenning of Classic Car Affirmation Service as an original L88 block with original trim tag. It is the only known Sunfire Yellow Corvette L88. It is optioned with a Muncie M-22 “Rock Crusher” four-speed manual transmission, K66 Transistorized Ignition, J56 Heavy Duty brakes with J50 vacuum assist, G81 Positraction rear axle, and F41 Special Front and Rear Suspension. 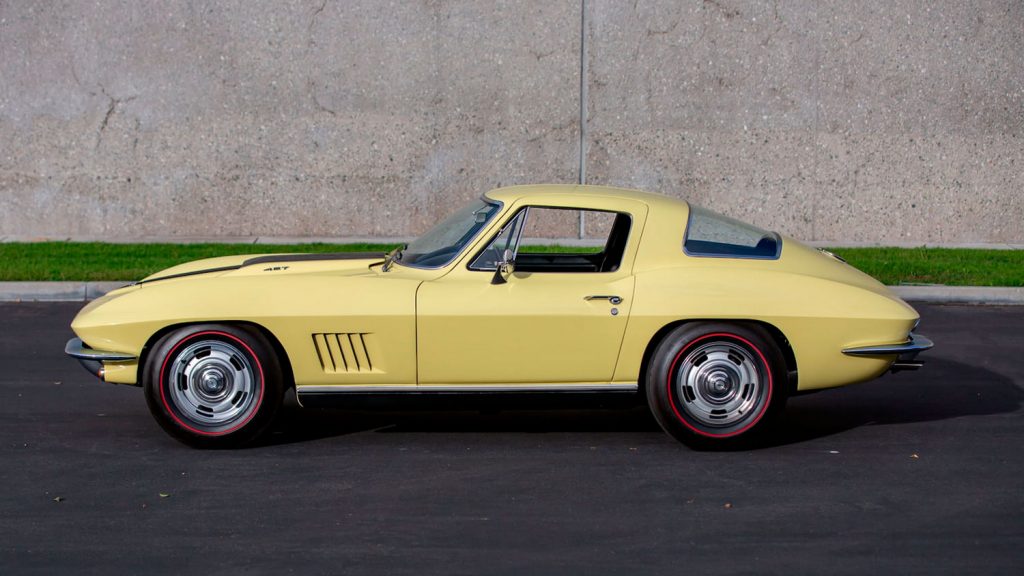 This Corvette L88 has been the recipient of numerous awards, including Bloomington Gold certification, NCRS (National Corvette Restorers Society) Top Flight, NCRS Performance Verification, the Duntov Mark of Excellence, Triple Diamond Certification (the only matching numbers Corvette L88 to receive both the Duntov and Triple Diamond award). It was part of the 2018 Bloomington Gold L88 Explosion display. 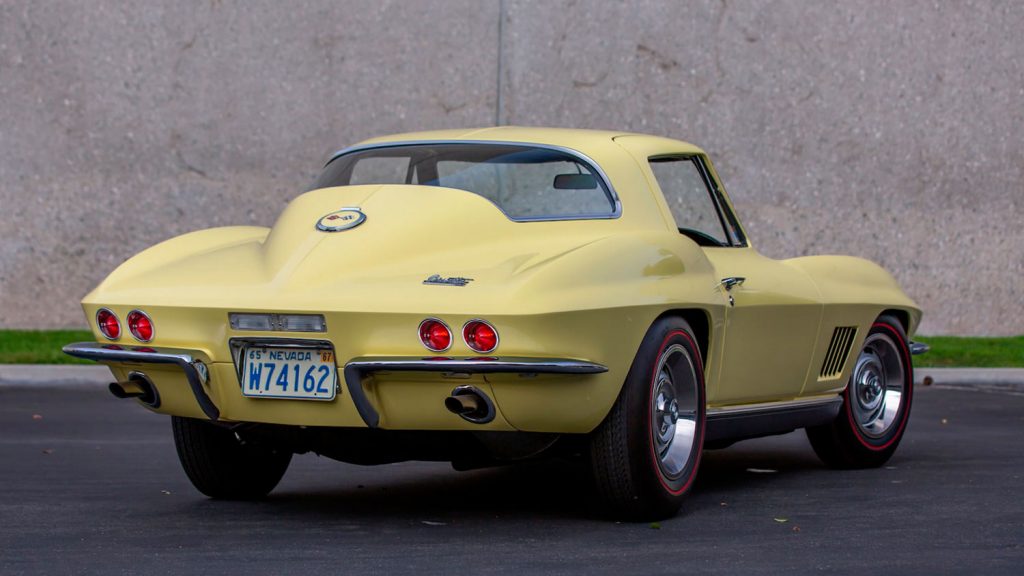 This Corvette L88 is accompanied by meticulous documentation including inspection and confirmed authenticity by Master Judge Mark Donnally, an NCRS-validated tank sticker, the original sales contract and title. Finally, I saw the car up close. I was covering the auction, and I found the car stunning. For a Corvette and NCRS guy, this was a special treat. The odometer showed just 354 miles since its magnificent restoration. The only downside is, if the new owner wants to drive it on the street, they will have to surrender the original title to tag it. 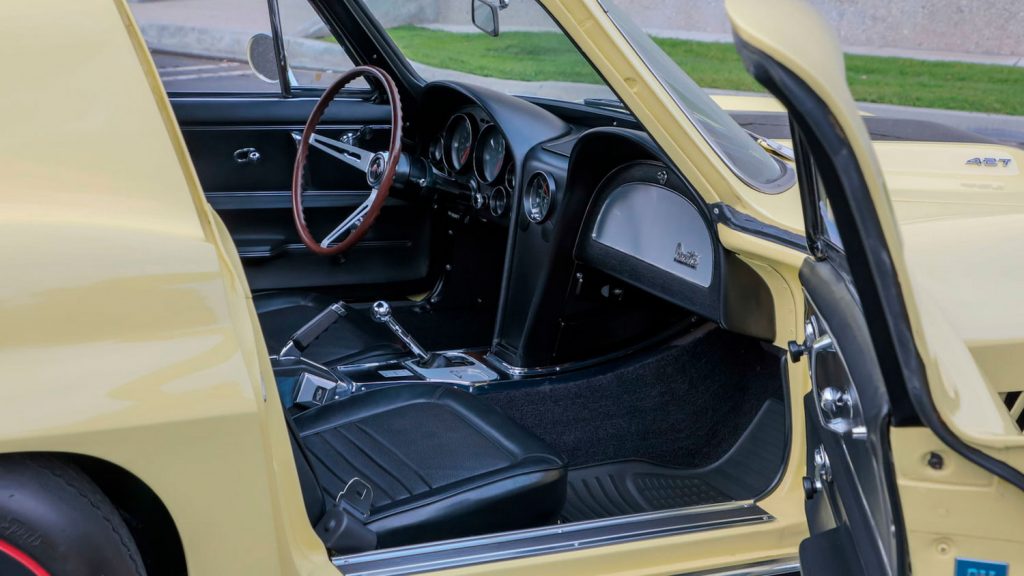 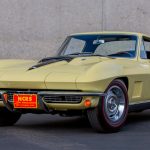 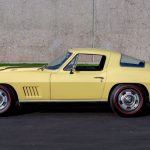 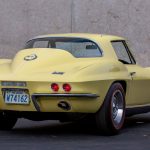 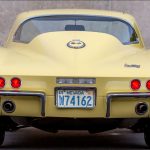 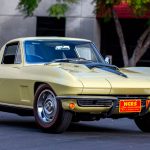 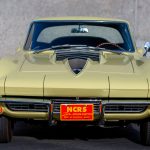 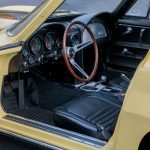 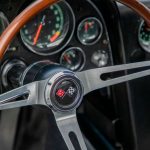 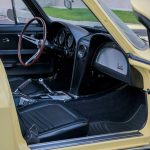 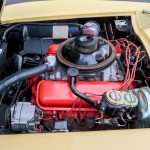