In 1961, the Oldsmobile Starfire was introduced as a standalone model, after having been part of the Ninety-Eight model line. It was so named in order to capitalize on the allure of the Space Race, along with the Rocket V8 that was already part of the Oldsmobile lexicon. The Starfire convertible was aimed at the personal luxury market, as the highest priced Oldsmobile model offered.

Most of the Oldsmobile Starfire’s bodywork was common to the rest of the Olds lineup. What the Starfire had that set it apart was luxurious interior appointments, a powerful 394 cubic-inch V8, a lengthy list of available equipment, and unique body trim. Sticker price for the Oldsmobile Starfire convertible was a staggering $4,647, at a time when the Chevrolet Corvette had a base price of $3,934. Just 1,500 1961 Starfires were built. 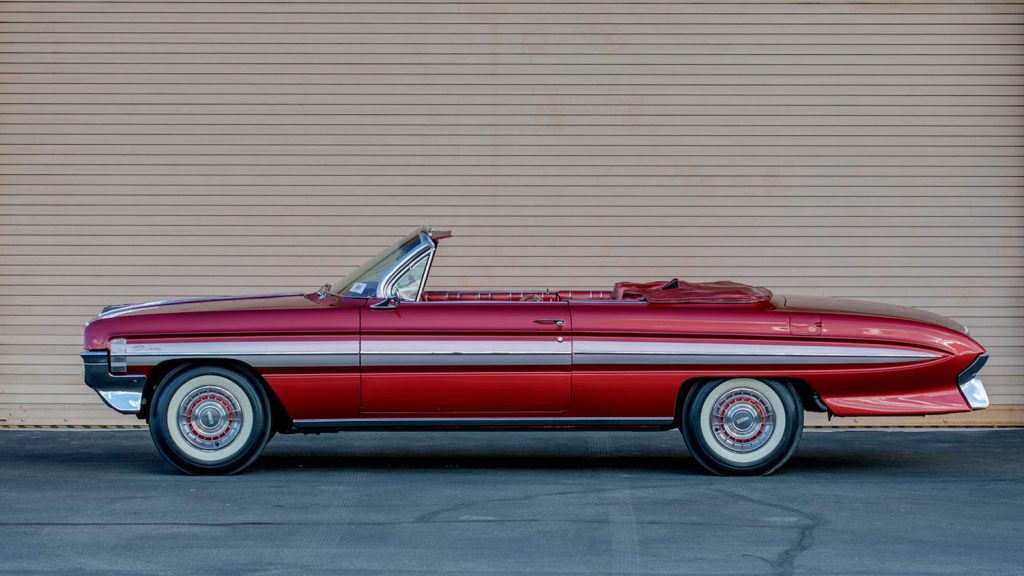 Our featured Oldsmobile Starfire convertible has been the subject of an extensive restoration. It wears a shining coat of Garnett Mist metallic paint. Chrome front and rear bumpers present well. The stainless trim gleams. Glass is clear, without signs of chips or tracks. Weatherstrip appears to be recent. Steel wheels are fitted with bias-ply wide whitewalls and factory hubcaps. 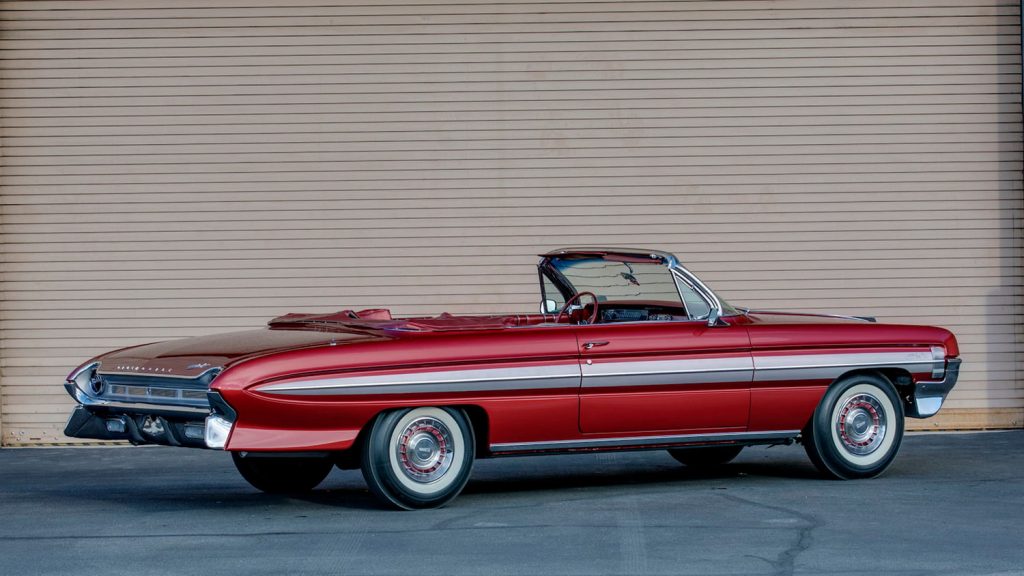 The interior of the Oldsmobile Starfire convertible is chock-full of details. Front bucket and rear bench seats are upholstered in Red Metallic leather. Front seats show very little wear, with only light creasing visible on the seat bottoms. The extensive chrome and stainless trim has been well polished, with only minimal pitting visible. All the gauges have clear lenses, free from cracking that is so common with plastic lenses from this era. Equipment includes power windows, power driver’s seat, power brakes, power steering, and a console-shifted Hydramatic automatic transmission. 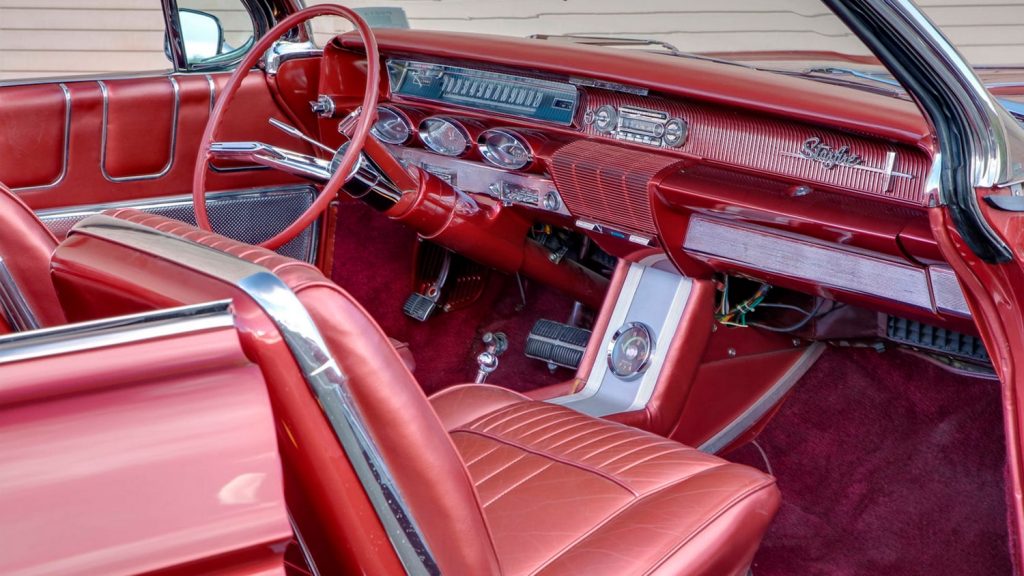 The engine bay of the Oldsmobile Starfire convertible houses a 394 CI V-8 engine making 330 horsepower. The Ultra-High Compression (10.25:1) V8 is dressed with some chrome factory bits. Everything appears as it should, with the possible exception of the modern battery. 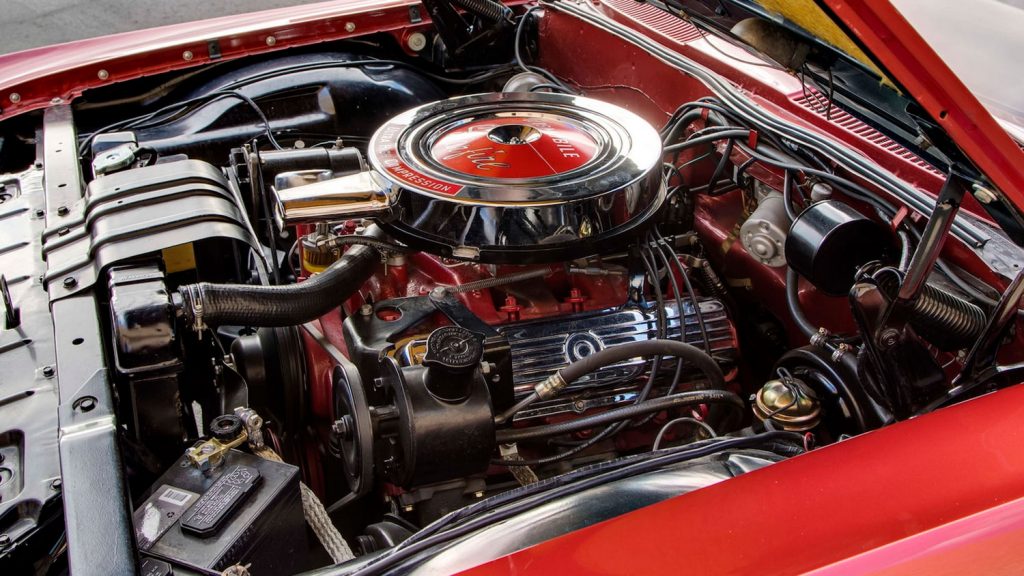 This beautiful 1961 Oldsmobile Starfire will be crossing the auction block at the Mecum Auction Glendale, Arizona sale happening March 18th-20th. 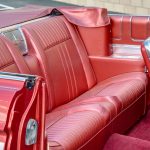 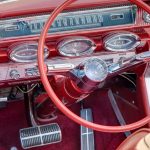 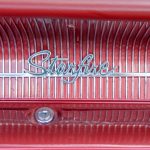 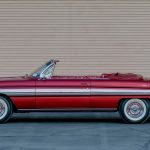 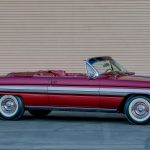 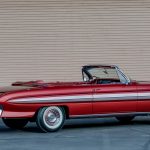 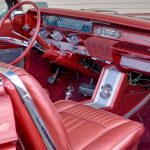 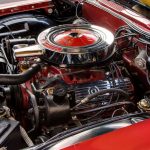 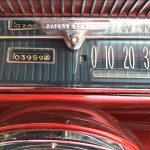 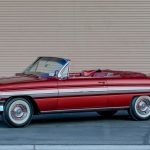