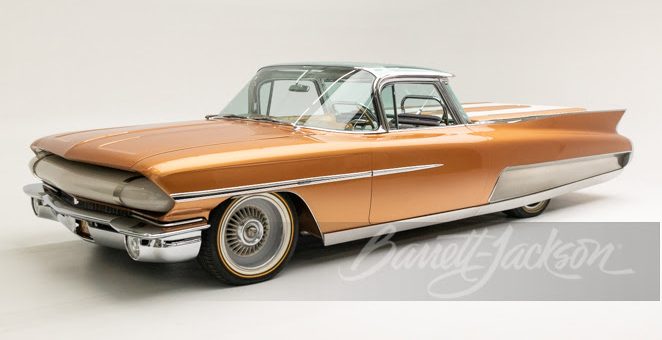 The multi-award-winning 1959 Chevrolet El Camino known as the “Triton” is headed to the auction block. The 2015 Grand National Roadster Show Barris Kustom d’Elegance winner was begun by George Barris associate Karl Krumy, but was not completed until being acquired by Keith Dean in 2014. Mr. Dean continued on the path started by Mr. Krumy, and with stunning results. 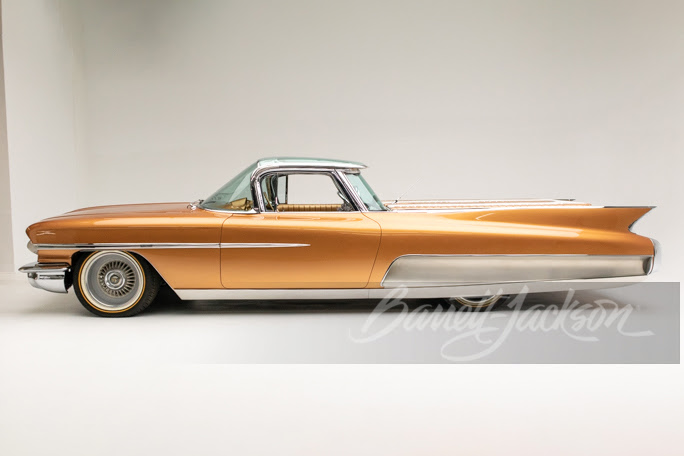 The exterior of the El Camino has obviously and skillfully been blended as half El Camino and half Cadillac, so much so it is difficult to tell where one ends and the other begins. The wheels are a modern interpretation of the Cadillac turbine-style wheel covers from the late 1950s, and are wrapped with whitewalls with a thin gold stripe. The wheel centers have a Triton crest. A tiny “Fuel Injection” badge is located in the side trim just aft of the front wheel well. The headlights have been converted into one big lens that looks not terribly dissimilar from the side of a frosted plastic kitchen fluorescent. What looks like a long, polished, concave jet exhaust outlet runs above the stainless rocker trim from the trailing edge of the doors. The roof is see-through. The fins and taillights are pure 1960 Caddy. 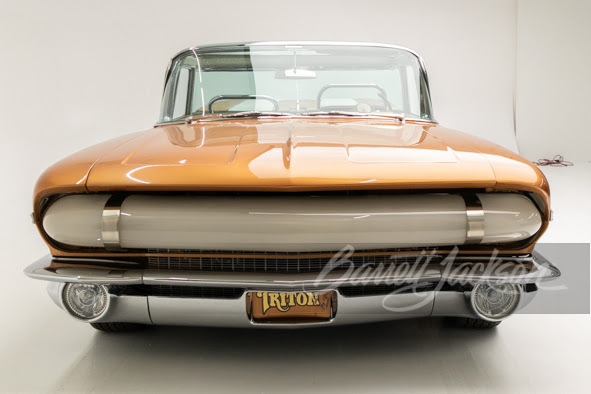 The handle-less tailgate of the El Camino is adorned with seven chrome vertical bars, four of which continue on beneath the back bumper, two on either side of the license plate. The bed cover is done in broad alternating stripes of gold and ivory, separated by highly polished stainless trim. The gold stripes are done in segmented gold upholstery, while the ivory is smooth. A cutout in the center of the bed just behind the rear cabin glass holds the back-angled antenna. Those gold and ivory stripes continue into the interior. The cover raises on billet hinges with hydraulic struts to reveal a metal frame and polished panels on the underside of the bed cover. The bed is painted with polished inserts of circular pattern. The antenna is revealed to be separate from the cover, supported on a sculpted base. 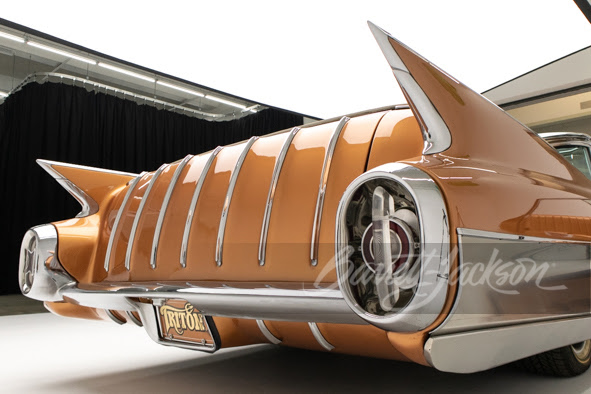 Inside the El Camino, the seat frames look like chromed versions of old fighter jet seat frames. The seats are covered by a series of individual bolsters that can be seen through. Adjustment appears to be done by moving an arch positioned where the headrest would normally be. A custom console divides the cabin, continuing the stripe theme forward from the bed cover, with the center done in brushed stainless. In it is the horseshoe-style shifter, power window and power lock controls. The gauge housings in the dash are home to digital gauges. A chromed tilt column is topped by a cut-down two-tone gold and ivory steering wheel. Door sills are of highly polished stainless with “TRITON” engraved in them. 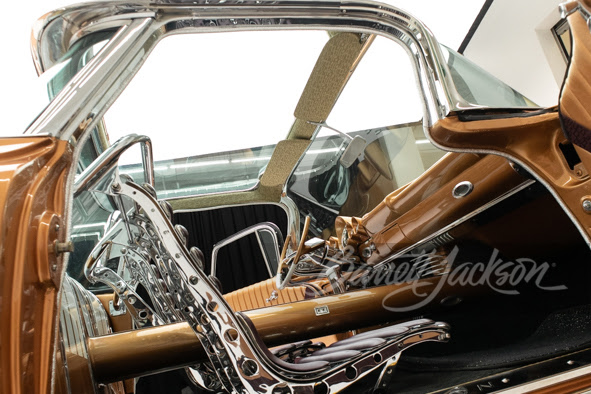 Under the hood of the El Camino is pure show car. A traditional 350 cubic-inch V8 is fitted, but with modern improvements. It is topped with a set of siamesed velocity stacks in a satin finish. The hood is supported by hydraulic rams that sit above either of the painted and polished fender wells. The underside of the hood is painted just as beautifully at the exterior of the car. A modern aluminum radiator keeps everything under the hood cool. 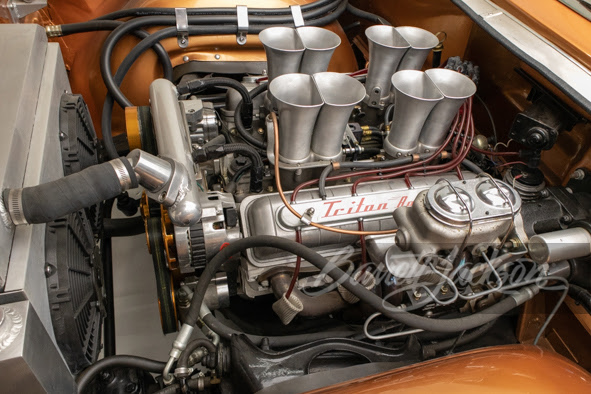 Until recently, the Triton has been on display at the Petersen Automotive Museum. It will be for sale at no reserve at the Barrett-Jackson Scottsdale auction March 20th-27th. 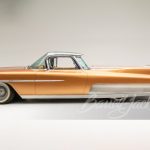 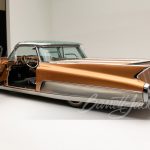 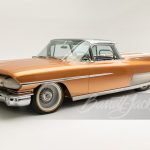 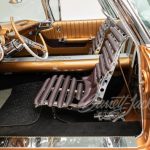 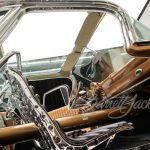 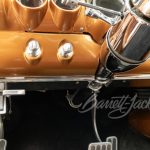 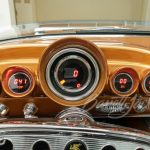 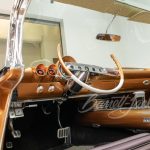 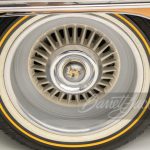 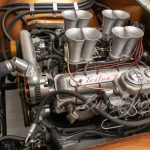 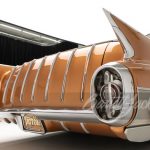 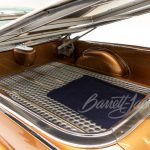 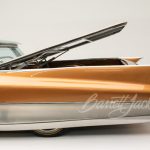 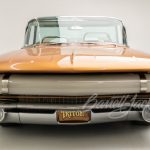