A GMC DUKW 353 military vehicle will come up for auction in the U.K. at 1 pm GMT (8 am EST) this Saturday, March 20th. Commonly known as the Duck, the DUKW 353 was an amphibious version of the 2.5-ton, six-wheel-drive CCKW truck. 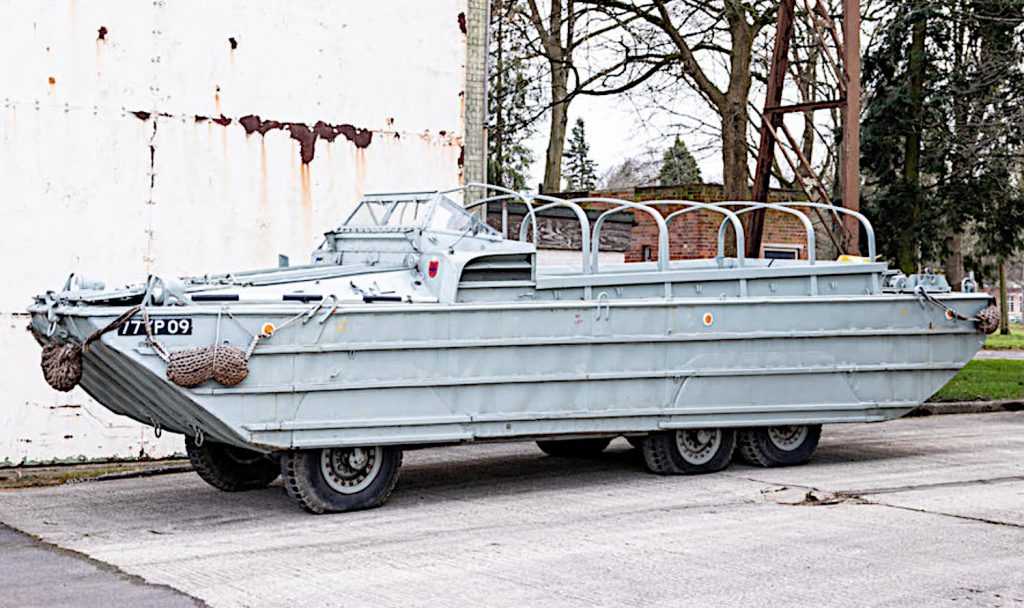 It was used by the U.S. Army and U.S. Marine Corps in World War II and the Korean War, and was also supplied to Allied forces in the U.K., Australia and Russia. Production, by what was originally the Yellow Truck and Coach Company (and later became the GMC Truck and Coach Division), lasted from 1942 until 1945. 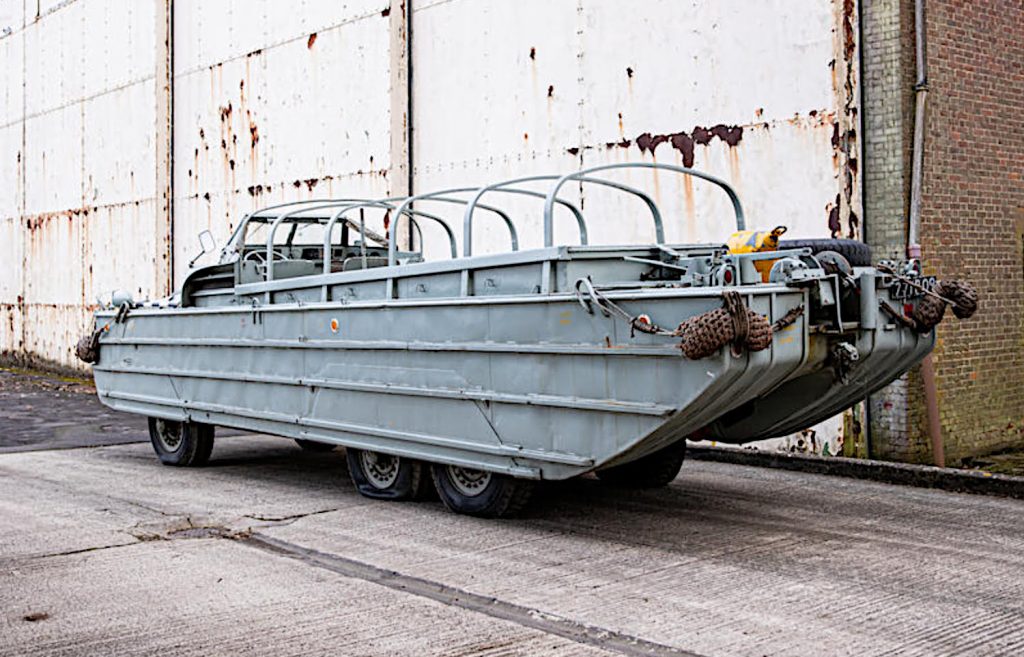 Power was supplied by a 4.0L I6 GMC Model 270 engine rated at 104 horsepower. Although the vehicle was not fully armored in order to save weight, it was still 31 feet long and weighed several tons. Therefore, its maximum speed was only 50 mph in land, and six mph in water, though straight-line speed was not a priority. Some examples were supplied with a 12.7 millimeter (half-inch) Browning machine gun. 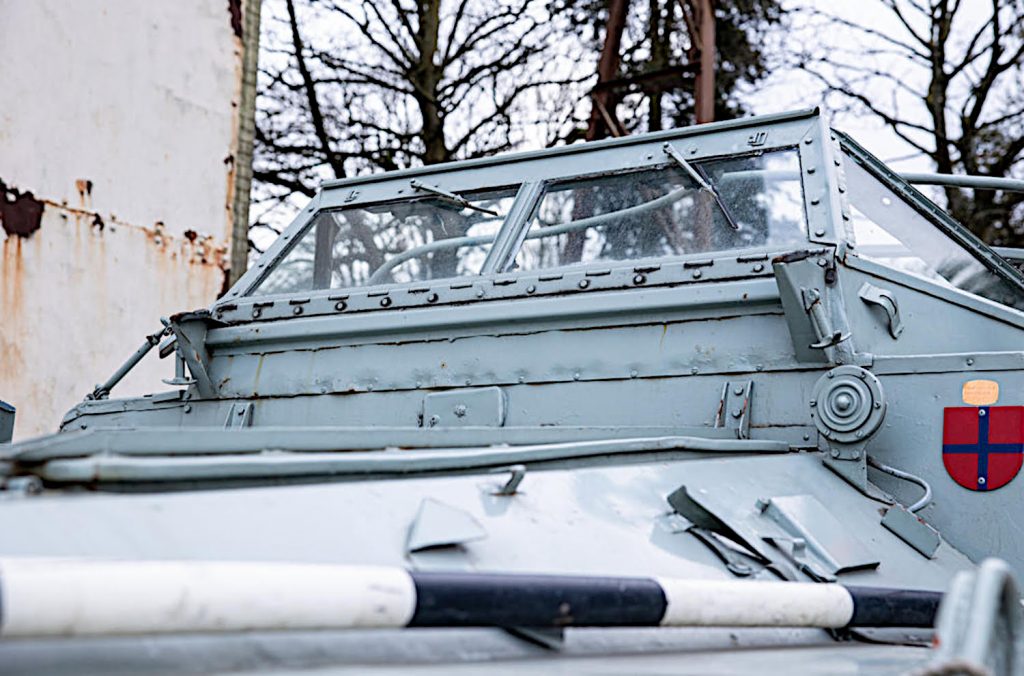 The DUKW 353 could carry up to 25 fully equipped soldiers or an equivalent amount of equipment. Its name is derived from four GMC code letters – D represents 1942, U means utility, K signifies all-wheel drive and W indicates its twin powered rear axles. (Note that the CCKW truck must also have had AWD and the twin axles.) 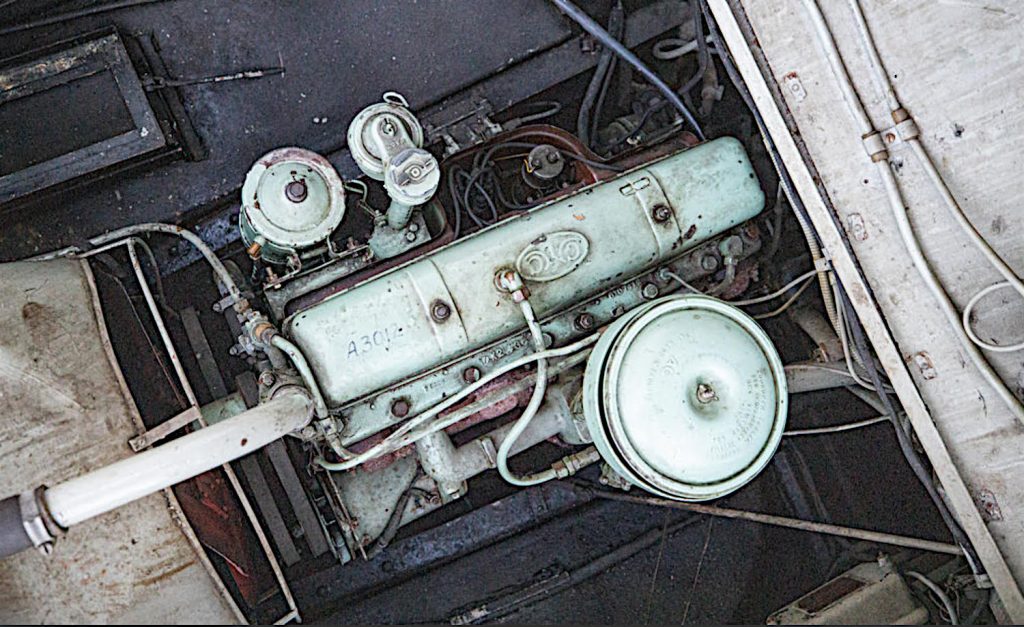 The vehicle shown here was delivered to the British armed forces in June of 1943 and could therefore have been used at the D-Day landings in Normandy, France, one year later, though there is no record of this. It was then transferred to a series of museums in the U.K. At some point, it was drained of fuel and became a non-runner, and it remains in this condition today. 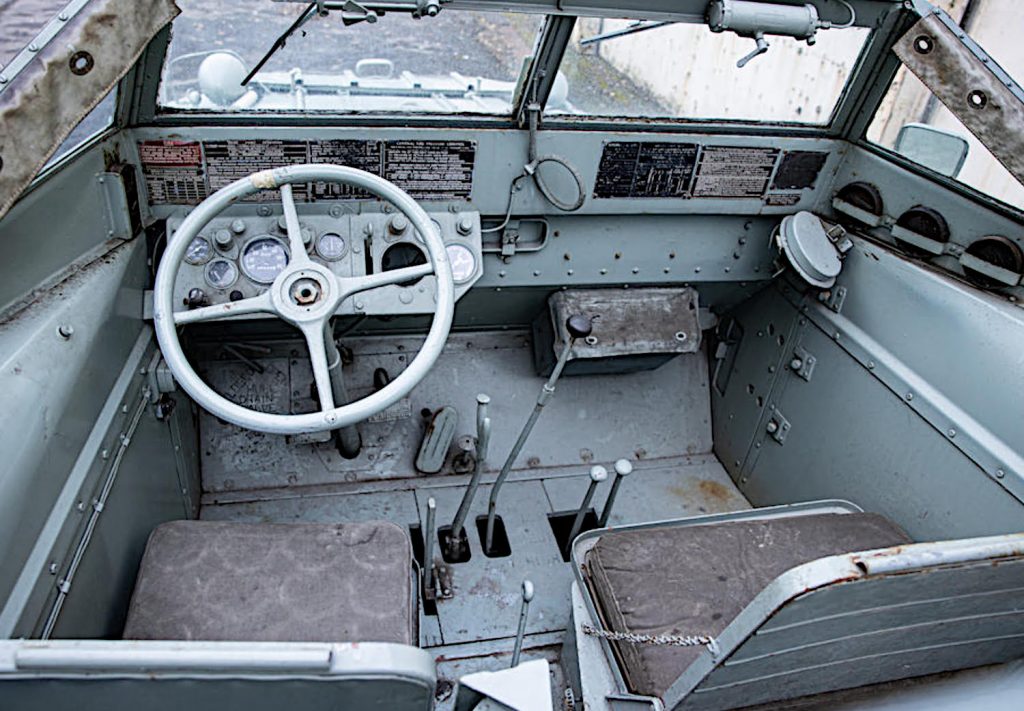 It will be auctioned by Bonhams at Bicester (pronounced biss-ter) Heritage in Oxfordshire, U.K. The seller has provided a fair assessment, giving the DUKW 353 between one and three points out of five in various categories, for a total score of 53 out of 100. From this, and the available photos, it is clear that a lot of work will be required to make it fully serviceable. However, it would be a very interesting project for anyone enthusiastic about keeping U.S. military vehicles in running condition. 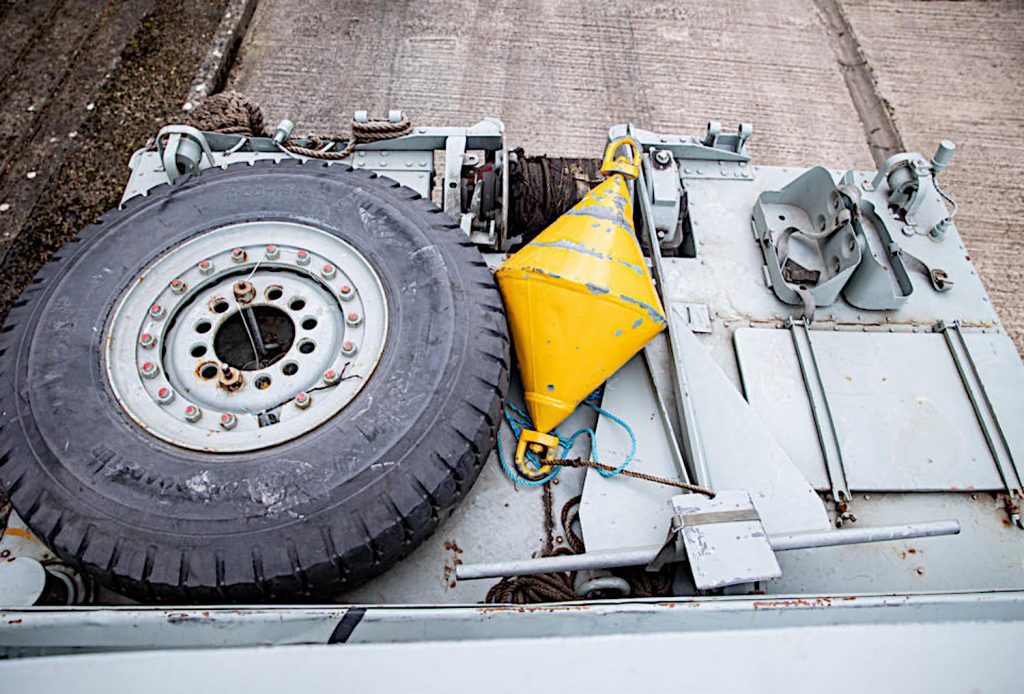 Be sure to subscribe to GM Authority for more ancient and modern GMC brand news and GM news coverage.