2020 was a milestone year for Wuling, as General Motors’ best-selling brand in China ushered in a new era of strategic positioning with the launch of the new Wuling Global Silver logo and the all-new Wuling Victory MPV. Now, after updating the corporate image and introducing the first model of the new global strategy, SAIC-GM-Wuling announced that the Chinese brand will inaugurate 300 next-generation stores during the 2021 calendar year. 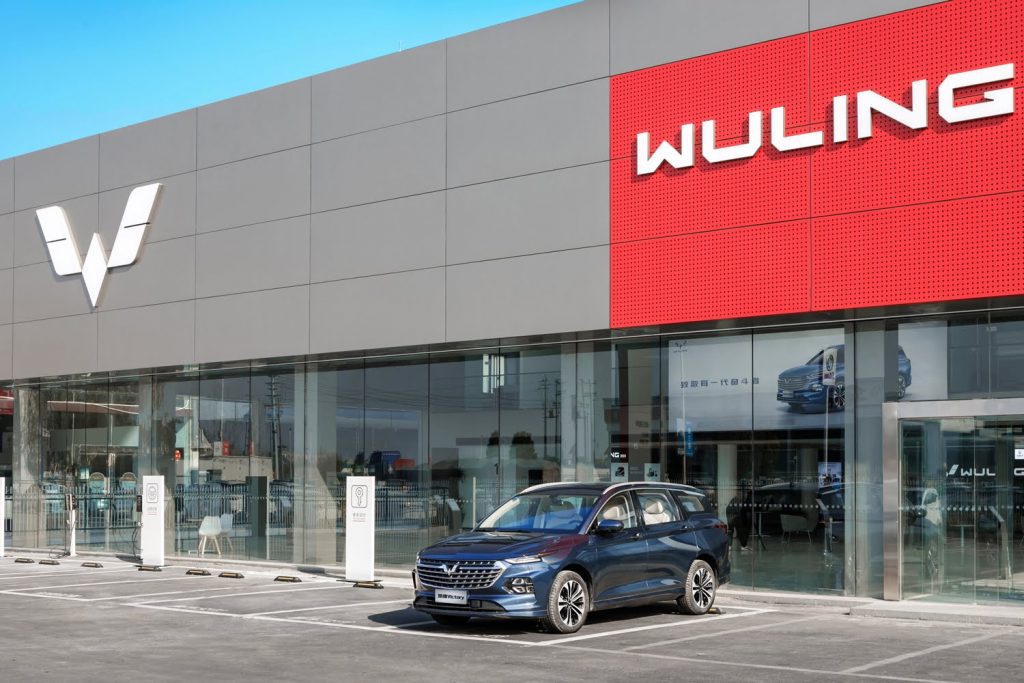 The opening of the next-generation Wuling stores is part of the plan by GM and its Chinese market partners to drive brand development towards the passenger-car segment, with a special focus on youth and international audiences. In addition, this step sets the table for marketing the new portfolio of next-generation vehicles with the new logo, along with the announced expansion of the brand to other regions of the world. 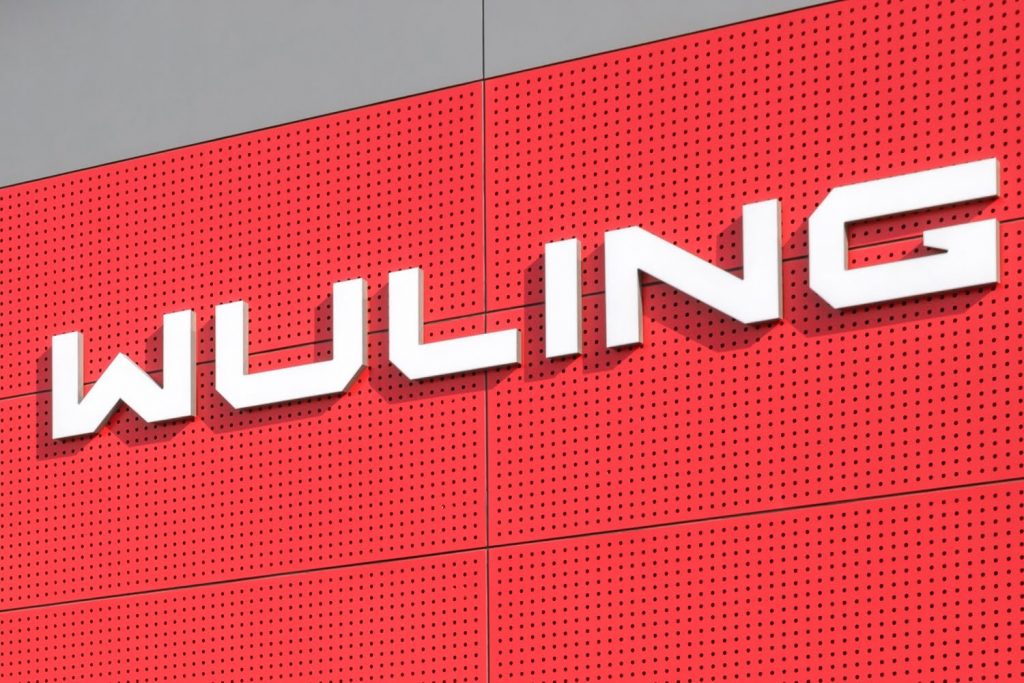 Aesthetically, the exterior of the next generation of Wuling stores uses lines and surfaces that form a simple geometric appearance, combined with some elements of the brand’s classic design. The facade is fairly standard, characterized by including a rectangular pattern at the top with a gray background, the “W” logo in white, and a contrasting section in red with the Wuling name. 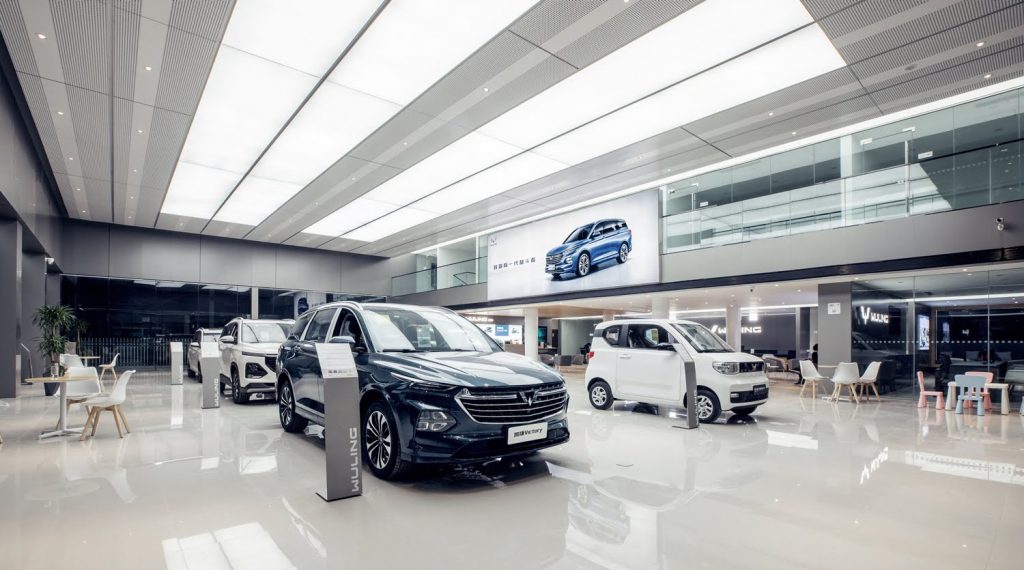 In conjunction with a generous glass area that favors natural lighting inside, the design of the new Wuling stores is fresh and has a slight accent of modernity that is in keeping with the brand’s new business strategy. In addition, the joint venture claims that they were designed to effectively market both the next range of newer vehicles as well as the latest models with the classic red logo. 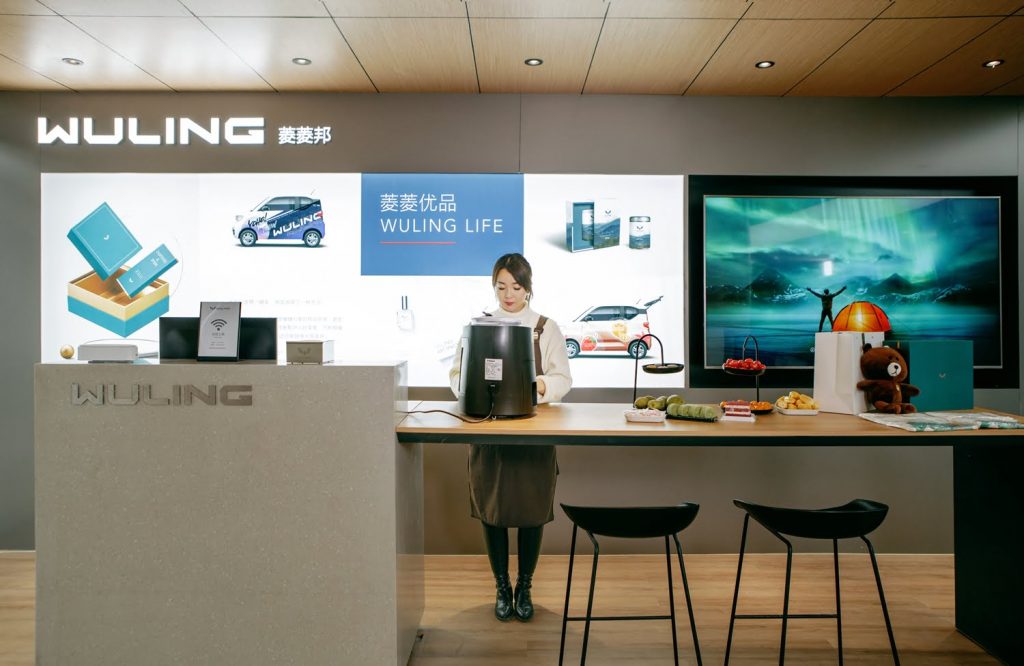 Meanwhile, official images show that the inside of the new Wuling stores has a modern, minimalist design. The showroom is brightly lit with a color scheme of gray and white. It also includes waiting rooms with personalized attention and an exclusive delivery space for customers, where the staff will meet and communicate with them personally to deliver the car. 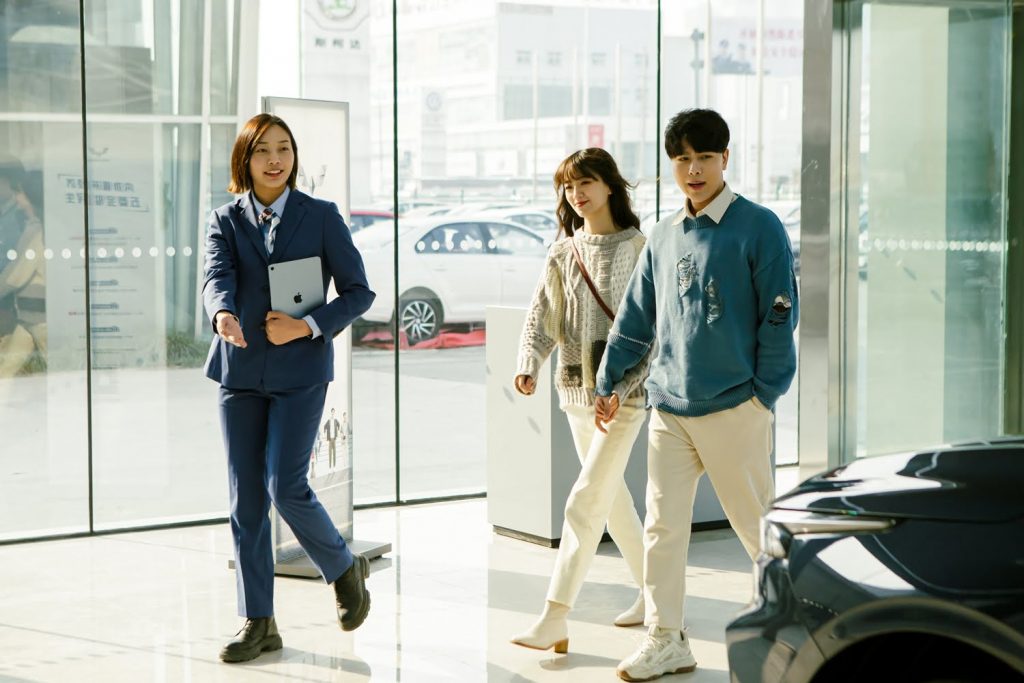 The first 300 next-generation Wuling stores will gradually open during the 2021 calendar year, as part of the strategic plan seeking to raise the image of the brand and project its broad success in China to other international markets. These will join the extensive existing dealer network to strengthen the brand’s commercial reach and adequately market vehicles with the global logo.

Subscribe to GM Authority as we bring you the latest Wuling news, GM China news and ongoing GM news coverage.