The GMT400-generation Chevy Silverado 1500 had a maximum towing capacity of around 7,000 lbs when properly equipped, which is a respectable towing figure even today and especially so in the late 1990s. 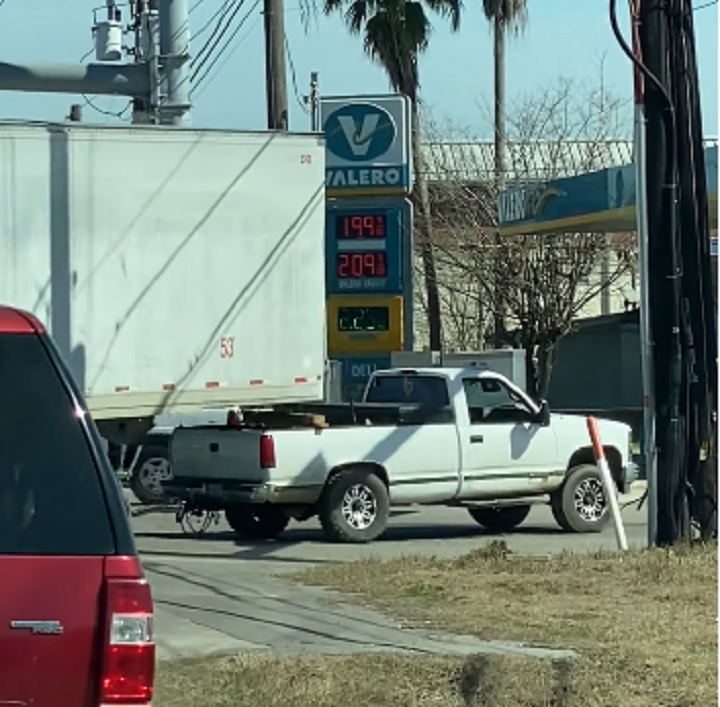 Despite the impressive towing performance of the GMT 400 Chevy Silverado, we wouldn’t suggest pushing the pickup beyond its factory-rated limit. We do know that it is capable of towing a lot more than 7,000 lbs, though, thanks to a Texas motorist that was filmed pulling a 53-foot semi-trailer with his GMT 400-generation single cab Chevy earlier this month. 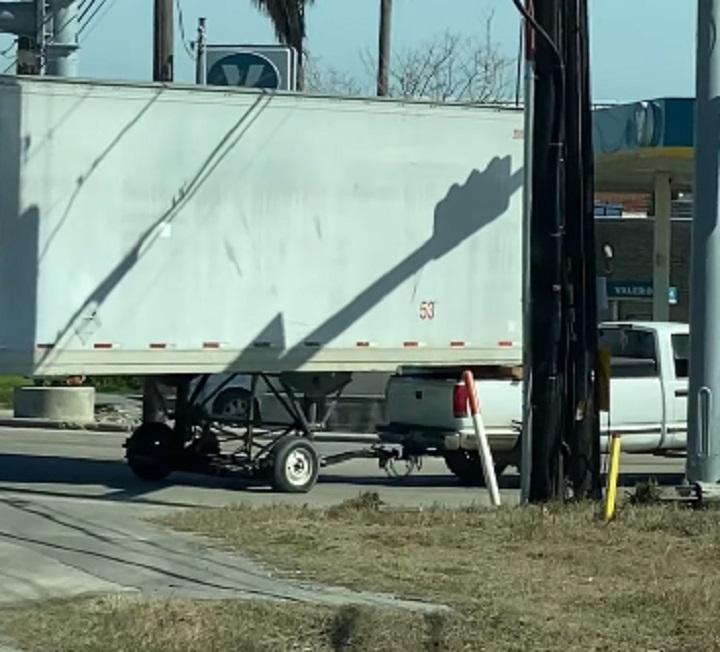 The video, which was posted to the ViralHog YouTube channel this week, shows the Chevy Silverado driver pulling into a parking lot at a low rate of speed with the huge (and presumably empty) 53-foot semi-trailer in tow. An empty semi-trailer like this can weigh anywhere from 14,000 to 16,000 lbs, roughly speaking, so it’s safe to say this driver has far exceeded General Motors’ recommended towing capacity for a light-duty GMT 400 truck such as this. 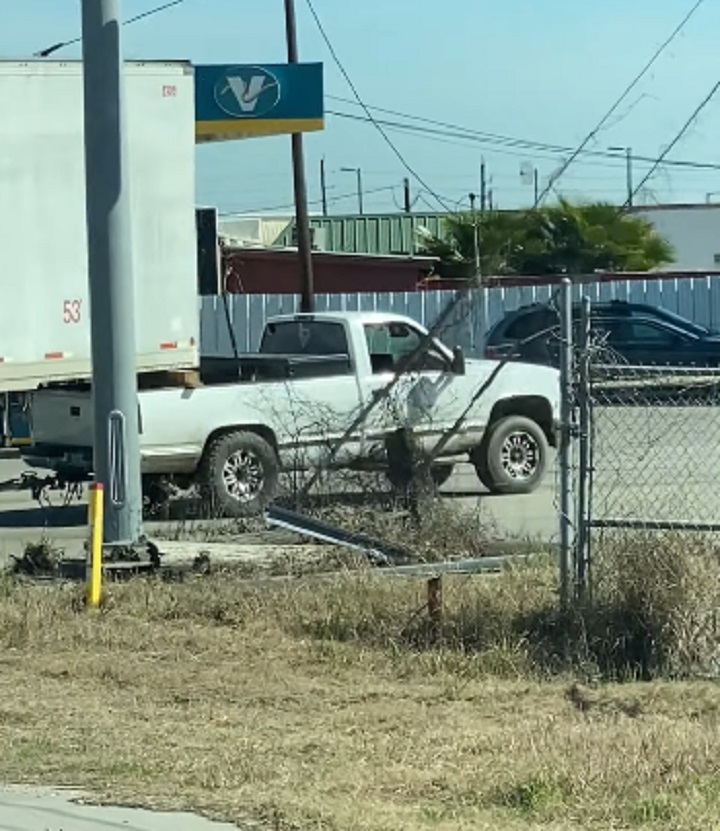 The front portion of the semi-trailer appears to be position on two-wheeled trailer dolly that is hitched to the rear of the pickup truck. This allows the trailer to pivot as the truck turns, similar to a traditional semi-trailer hookup. This little setup may not be entirely safe, but the driver appears to know what they are doing, so we get the feeling this isn’t the first time they’ve done this. We’re assuming (and hoping) they only do this to move trailers a short distance and don’t venture very far from their workplace with a 53-foot trailer hooked up to their light duty truck, but who knows? We’ve certainly seen more egregious road violations in our time.