Forget the shiny paint job, and forget the blinged-out interior – this 1980 Chevy Monte Carlo is focused on one thing, and one thing only – going fast. 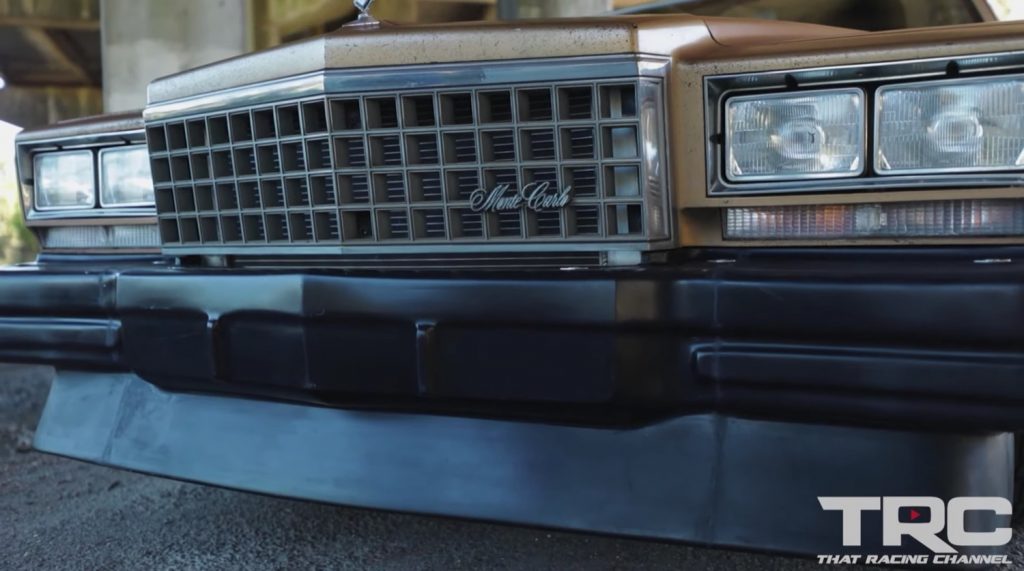 The original owner purchased the Monte for his mother. Once she stopped driving it, the car was transportation to and from work for the son, after which the current owner’s friend picked it up. It was at this point that the two gearheads decided to throw a few spare parts at it to turn it into a fun daily driver, but now, this Chevy Monte Carlo is a whole lot more. 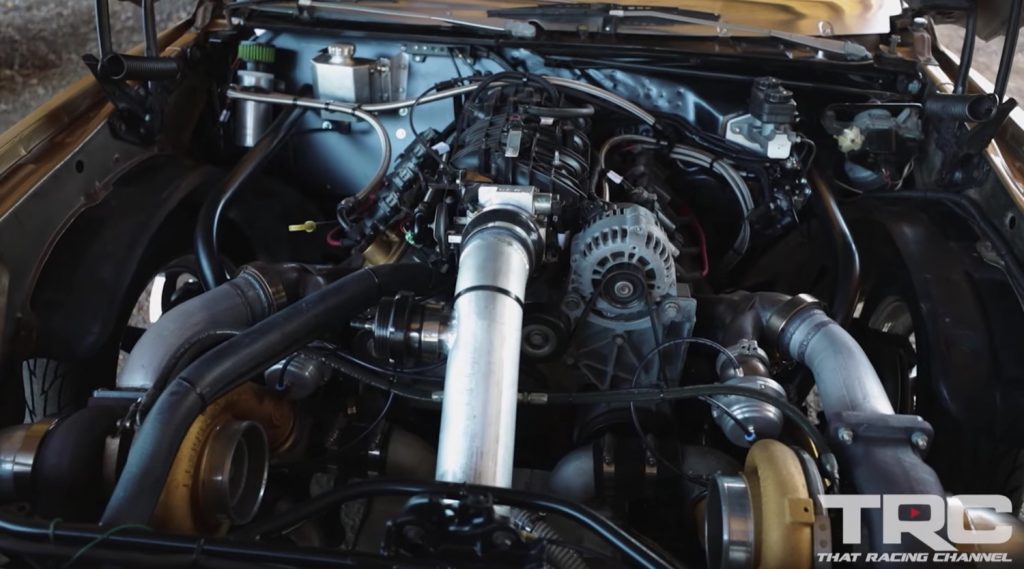 Let’s start under the hood, where the Monte now rocks a twin-turbo 5.7L V8. Upgrades include a new camshaft, pushrods and valve springs, plus a custom twin-turbo setup. The snails in question are GT42s plucked from a pair of diesel trucks. As it turns out, the owner is a diesel mechanic, so he leveraged some of his knowledge for the custom build. 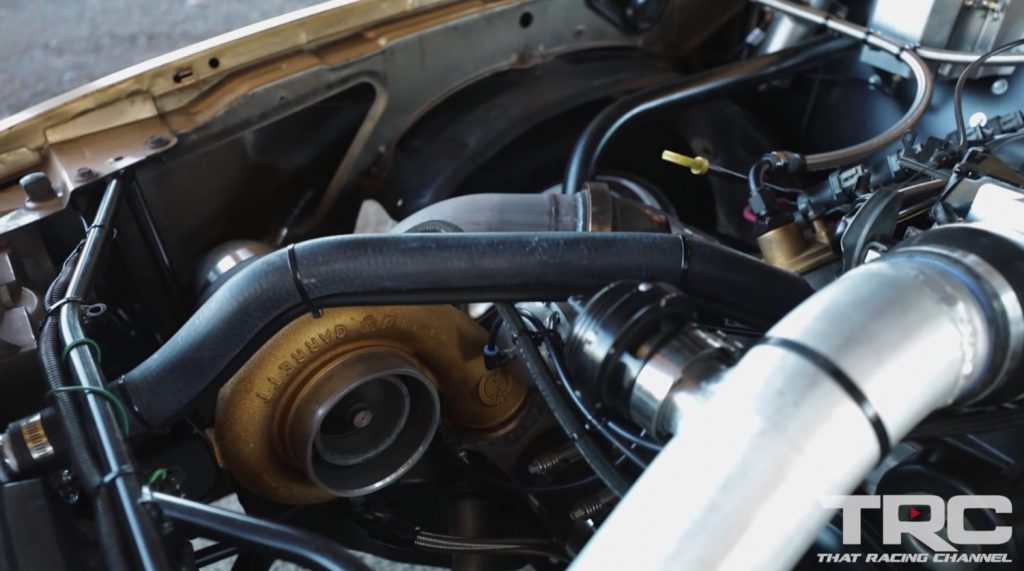 CX Racing was tapped for components like the waste gates and headers, while the rest was fabricated using aluminum piping. The owner also modified a CX Racing water-to-air intercooler to fit between the radiator and engine, placing the water reservoir in the trunk. Holley Terminator EFI keeps it running smooth. Max boost is set at roughly 19 psi, with an estimated 900 wheel horsepower on tap when it’s all said and done. 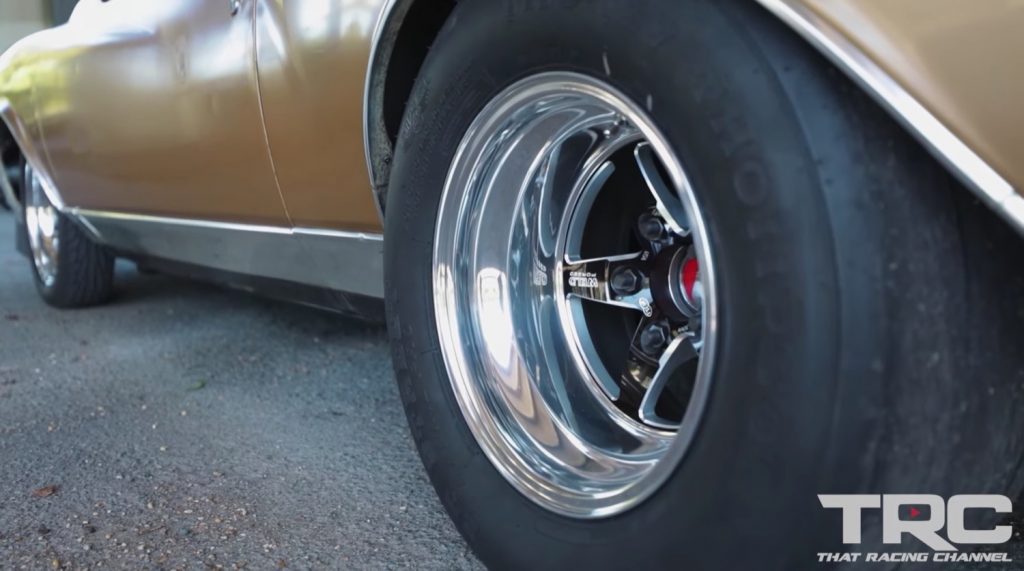 Sending the power rearwards is a Turbo 400 transmission, which feeds a narrowed 12-bolt rear end and 12-inch wide rear wheels. The setup is good for 5.6 in the eighth mile on low boost, but there are still some lingering issues left to iron out. 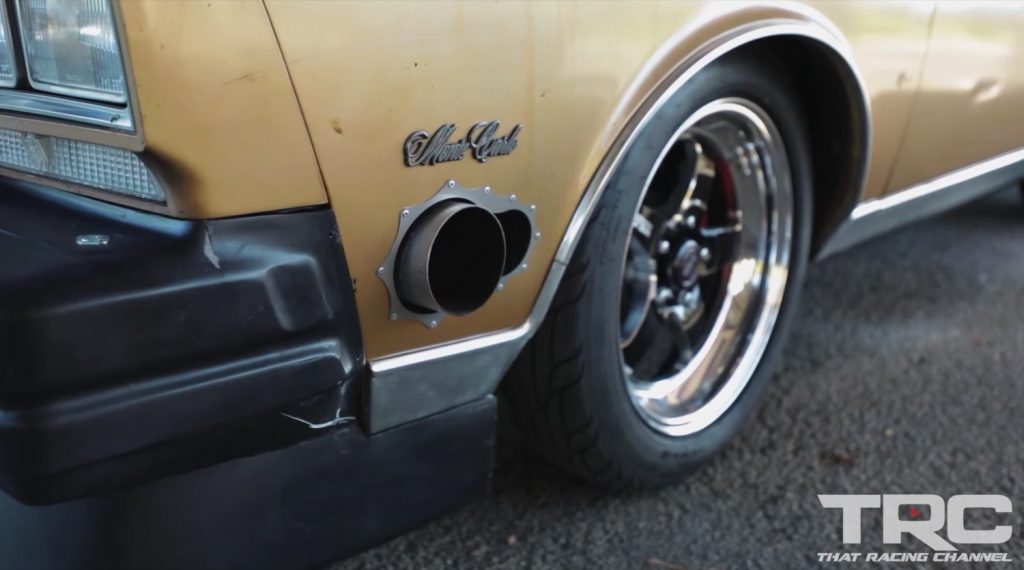 All told, this 1980 Chevy Monte Carlo absolutely slays the rubber, and hearing it dig into the loud pedal is a real treat. Hit play and revel in all the details.