A stock Chevrolet Corvette is a magnificent performance machine right from the jump. As the basis for a racetrack weapon that is still able to be street driven, it has few equals. That is why our feature C6 Corvette was selected by its owner, Lanell. 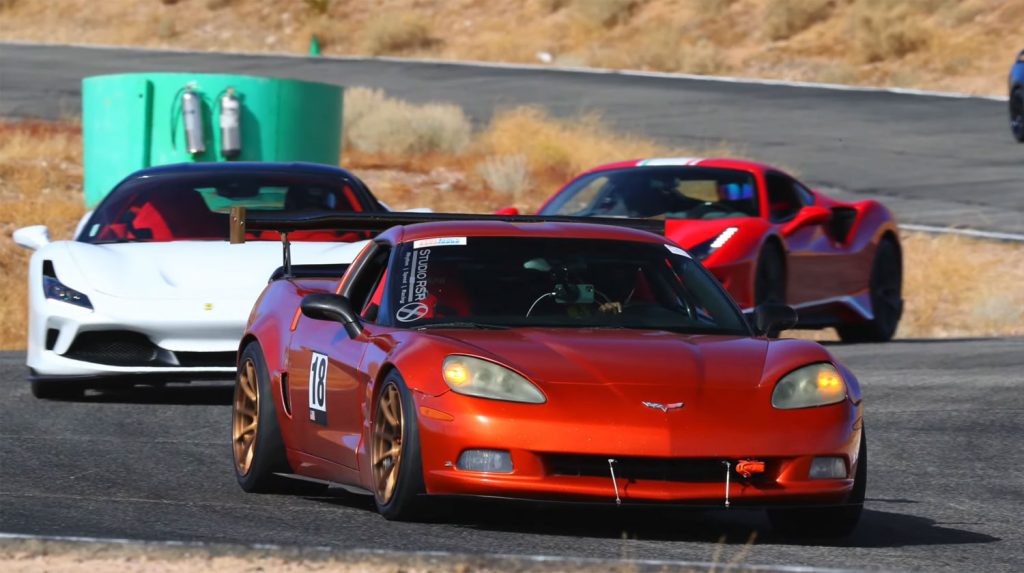 Lanell had begun tracking his Chevrolet Corvette with its original drivetrain, and was likely pushing it a bit too hard. The original C6 Corvette engine grenaded, breaking three of the rods and making a barn door-sized hole in the block. While most of us would have committed ritual Seppuku at the sight of a porthole in our ‘Vette motor, our intrepid owner chose to step up his game by replacing the stocker with a cammed LSX motor cranking out 500 wheel horsepower and 480 foot-pounds of torque. Spent gasses are now sent through a set of American Racing 1 7/8-inch headers, X-pipe, and straight out the back. There are no mufflers. It is as loud as you think. The original six-speed trans is still backing the new motor, but it now has a Z06 clutch. 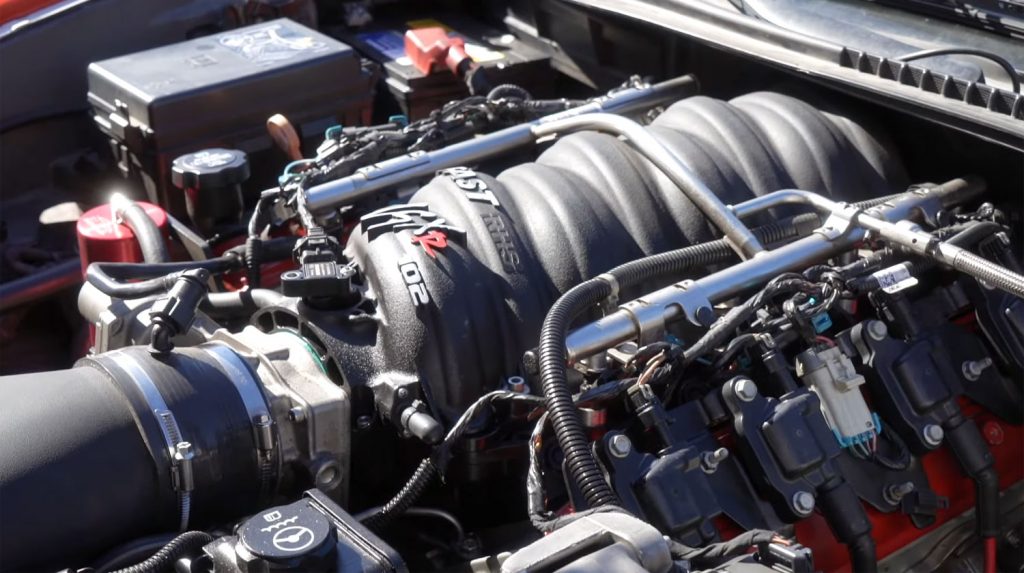 The exterior of the C6 Corvette has seen some modifications as well. An MFR front splitter, side skirts, and rear diffuser have all been fitted. The fenders have been swapped for ZR1 spec units from Battle Aero. A large APR Performance carbon fiber wing is mounted on the tail. Originally a silver car, the C6 Corvette has been wrapped a burnt orange color. This is no garage queen or show car, this thing is used as a track tool, and it has rash on the nose associated with those endeavors. 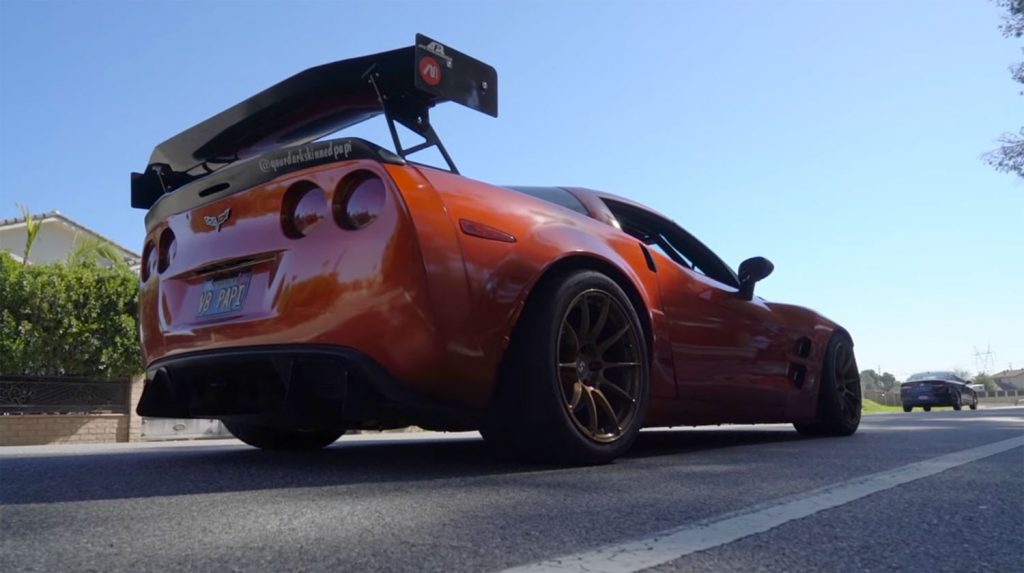 Suspension duties are handled by a largely stock suspension with the exception of replacement shocks and sway bars. Stock wheels are long gone, having been replaced with 18-inch Signature wheels in an orange-ish hue. The wheels are shod in sticky Toyo Proxes R888R performance tires. 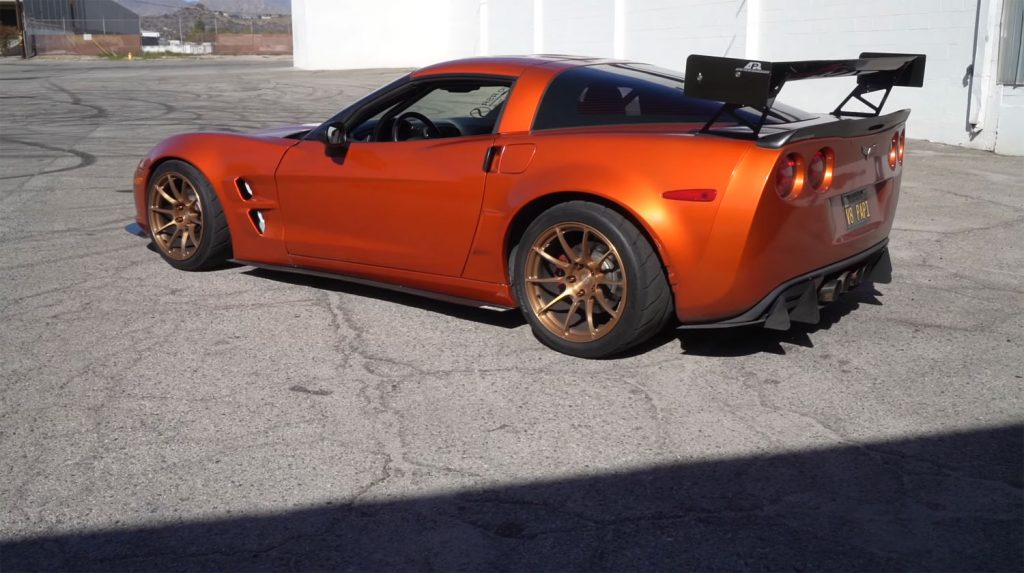 A robust roll cage has been installed in the spartan interior. Factory seats have been swapped in favor of Corbeau race spec units. Multi-point harnesses hold occupants firmly in place. Carpets and all of the cargo area trim have been removed to shed weight. 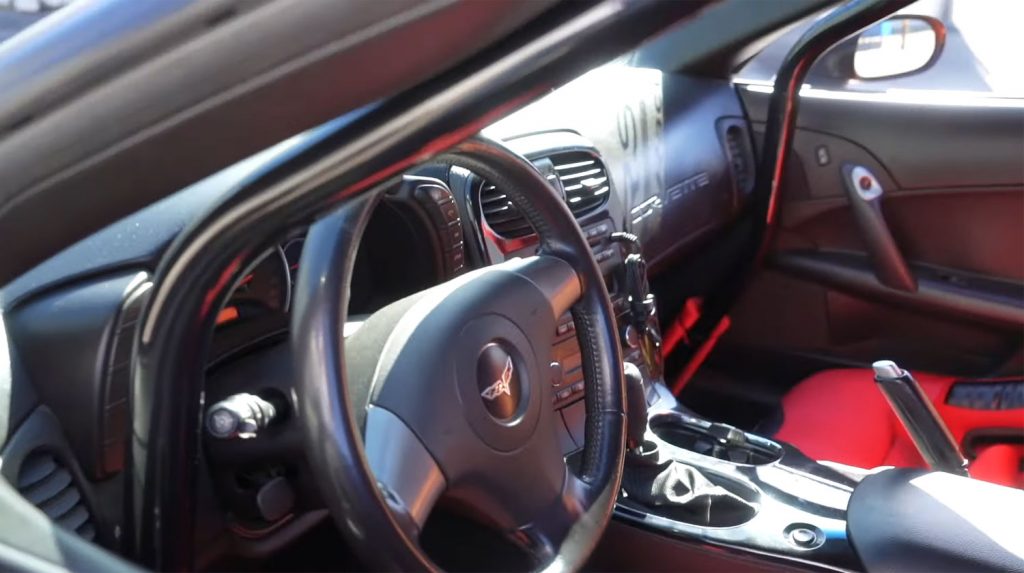 On the test ride, the transformed C6 Corvette has that unmistakably nasty LS howl, made more pronounced by the lack of muffles. Traction is compromised despite the massive 335-series sticky meats under the rear end. One has to wonder how much Lanell’s neighbors dislike his car. On the other hand, it would be a hoot to take it for a drive. You can see this mean C6 Corvette in action in this video from AutotopiaLA. 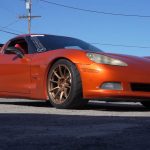 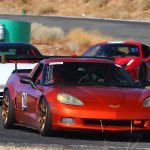 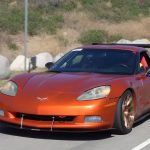 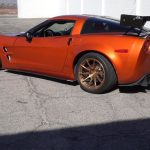 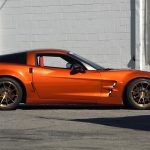 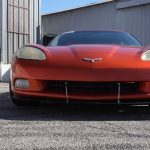 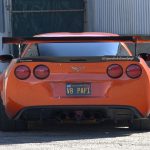 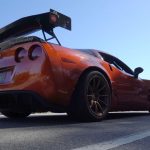 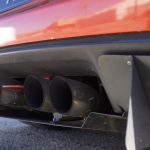 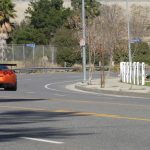 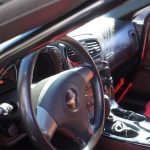 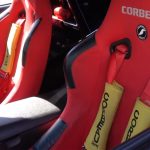 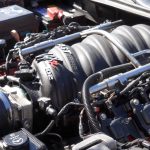