Several Cadillac crossovers were badly damaged recently while sitting on a dealer lot in Tampa Bay, Florida, after being hit by a wayward Nissan 350Z. 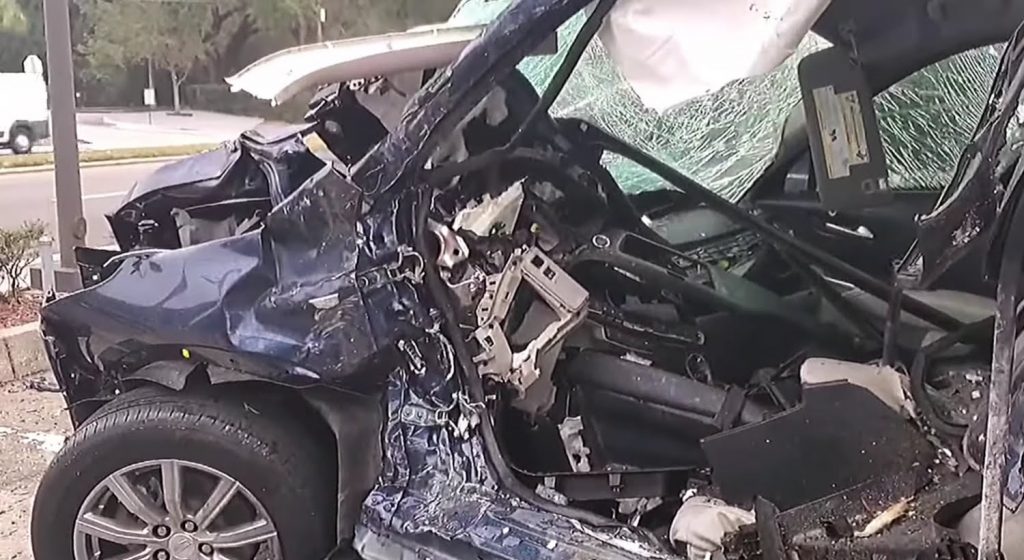 It’s difficult to estimate what speed the Nissan might have been doing when its driver lost control, reportedly at around 3:30 am on the day in question, but the momentum was sufficient to rip open some of the Cadillac crossovers, making it look as if they had been rammed by a tank. Others remained structurally intact, but are nonetheless fit only for salvage. The total value lost must run well into six figures.

Although the damage was in some cases immense, and surely not survivable, there is plenty of evidence that the Cadillac XT4 and Cadillac XT5 models involved reacted in the way that they should. Airbags went off, crumple zones crumpled, and energy was transferred away from the cabins to the greatest extent possible. The vehicles may not ultimately have coped well with a Nissan hitting them high up at what may have been well over the posted speed limit, but what other vehicles could? 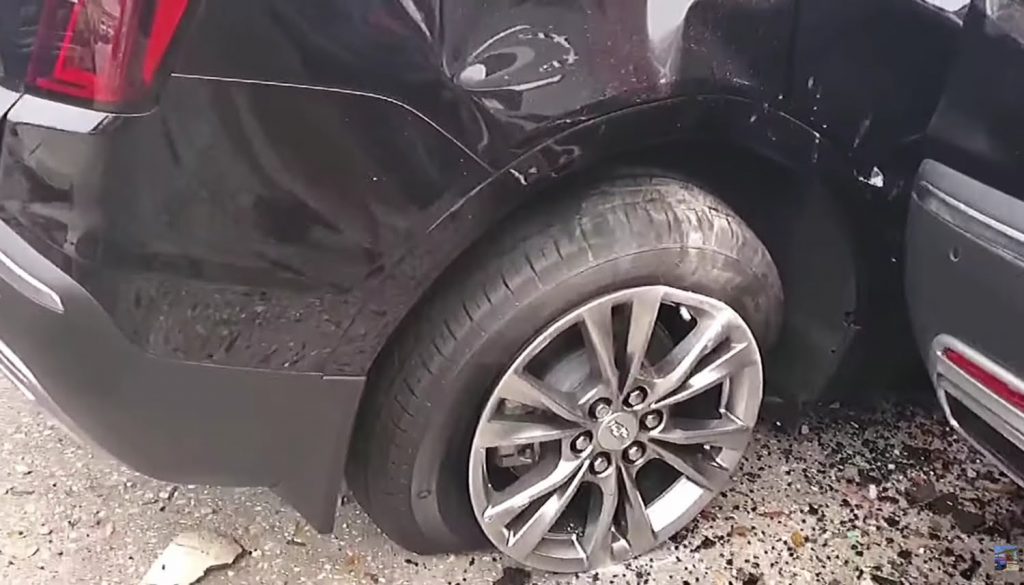 Having had most of its kinetic energy absorbed by the Cadillac crossovers, the Nissan landed upside down and eventually burst into flames. It has been said that the driver emerged unhurt, apart from some minor scratches, though we have so far found no reports to confirm this.

But it’s possible. The fact that there were clearly so many impacts excludes the possibility that there was a single, catastrophic impact capable of causing a fatality. The structure of the Nissan remained intact even though the car was damaged beyond repair. And the fire might have started after the driver scrambled out of the vehicle. “Minor scratches” could easily be all that he (or she) suffered. 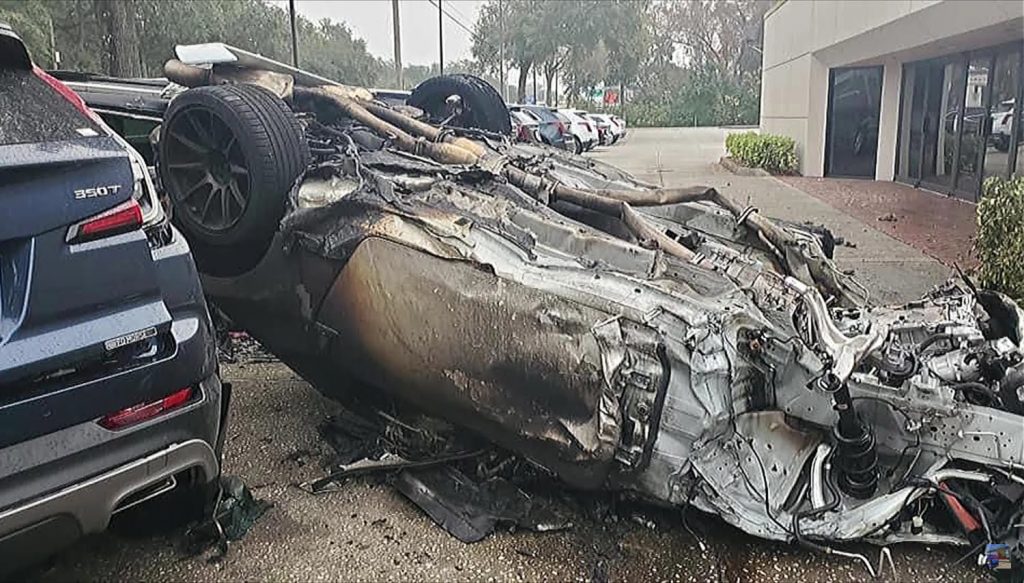 No footage appears to exist of the incident taking place, but a video of its aftermath has been uploaded to YouTube. Check it out below, secure in the knowledge that nothing more distressing than badly damaged autos appears at any point.