It’s important to never let your guard down while operating a motor vehicle. The highway is full of dangers, some of which you can’t even see. Luckily for the Chevy Malibu featured in the following video, the outcome of this near-miss is about as good as one could hope for after a semi-truck very nearly collides with the sedan head-on. 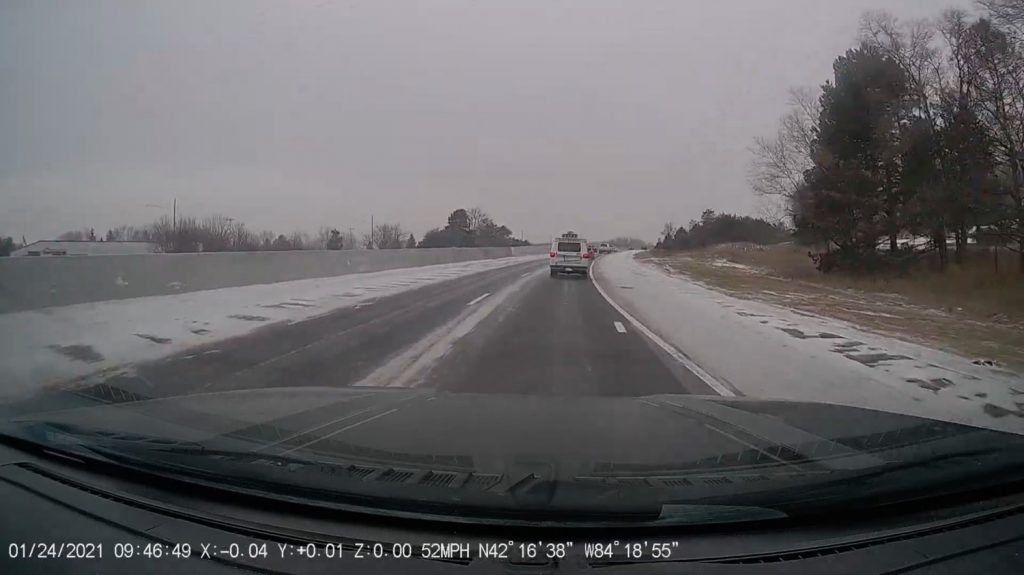 The video clocks in at about 30 seconds, and comes to us from Romulus, Michigan. The video is shot from the dash of another vehicle as it cruises down the highway at about 55 mph. According to the timestamp along the lower edge of the video, local time is about 9:45 a.m., on January 24th, 2021.

The highway shoulders are covered in snow, and with overcast skies, it looks like it’s a cold day in Michigan. Definitely less than ideal as far as conditions are concerned. 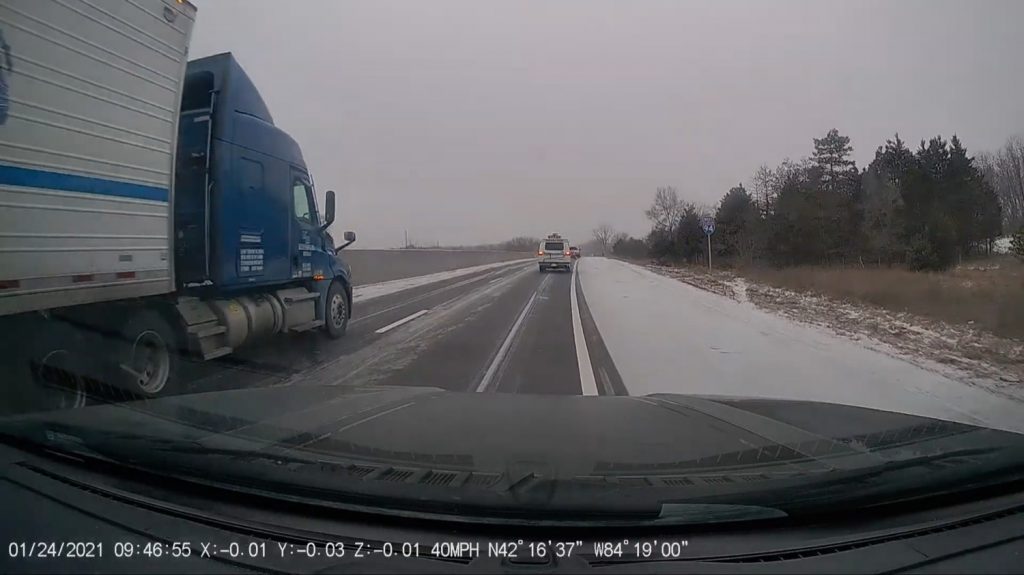 As the camera car tools along, a semi-truck suddenly appears in the right lane, speeding ahead of the camera vehicle.

All the vehicles in the right lane slow down, with some even moving over onto the shoulder. It looks as though the semi-truck realizes that there’s something in the lane at the very last moment, slamming on the brakes as it careens towards a Chevy Malibu parked in the leftmost lane. 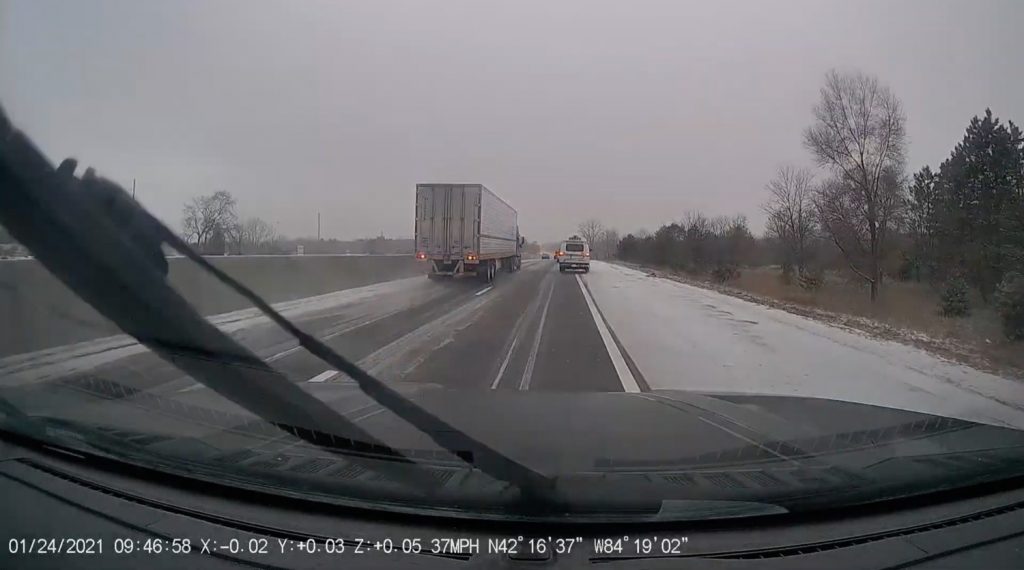 Miraculously, the driver manages to stop the big rig mere feet in front of the Chevy Malibu, narrowly avoiding a very scary accident. Along the right-hand shoulder, a man is seen running away from the highway, presumably the driver who abandoned the Chevy Malibu.

“I was on I-94 when I noticed all cars ahead of me slowing down,” reads the video caption. “I slowed down and the truck behind me decided to try to pass me. Ahead of me was a car that was spun-out facing the truck. The truck almost plowed into the car head-on. The truck slammed on the brakes and stopped about two feet from the car.”

Stay vigilant out there, folks.