Axalta will continue as a main backer of William Byron’s No. 24 Chevy Camaro ZL1 1LE for the 2021 NASCAR Cup Series season, the paints and coatings company confirmed in January. As part of this partnership, Axalta has set up a new Chevrolet SS display car outside of the Daytona International Speedway, which will feature Byron’s No. 24 and wears a unique green, white and black paint scheme.

There’s a new look featured on the No. 24 @Axalta Chevrolet displayed at the @DISupdates Axalta Injector! This special paint scheme showcases Axalta’s new solvent-borne basecoat, Cromax XP, and the 2021 Color of the Year, ElectroLight!

The Chevrolet SS display car will greet fans as they enter the so-called “World Center of Racing” for this month’s running of the Daytona 500. The car is placed just outside of the Axalta Injector at the speedway and wears a special paint scheme made up of Axalta’s new Cromax XP basecoat paint and Axalta’s 2021 Color of the Year, ElectroLight. Axalta says ElectroLight “is a refreshing green-yellow hue that has been formulated with mobility-sensing technology,” that allows the color to appear slightly different depending on how the light hits it. 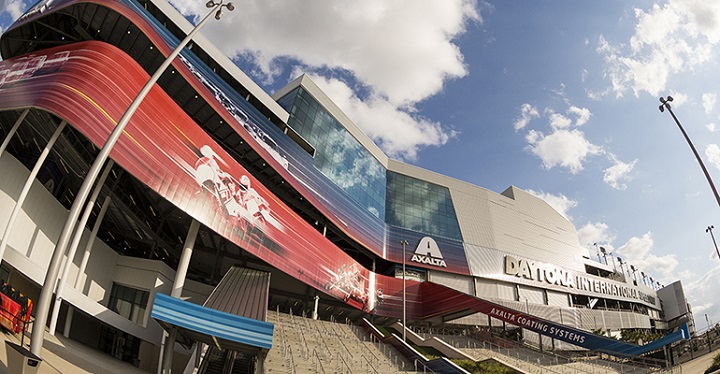 “We are very proud to have Cromax XP and ElectroLight on the show car outside the Axalta Injector at Daytona International Speedway,” Patricia Morschel, VP of marketing at Axalta Global Refinish, said in a prepared statement. “The outstanding quality and performance of Cromax XP makes it the perfect basecoat for this distinctive paint scheme, and we look forward to DIS visitors enjoying the finish and design as much as we do.” 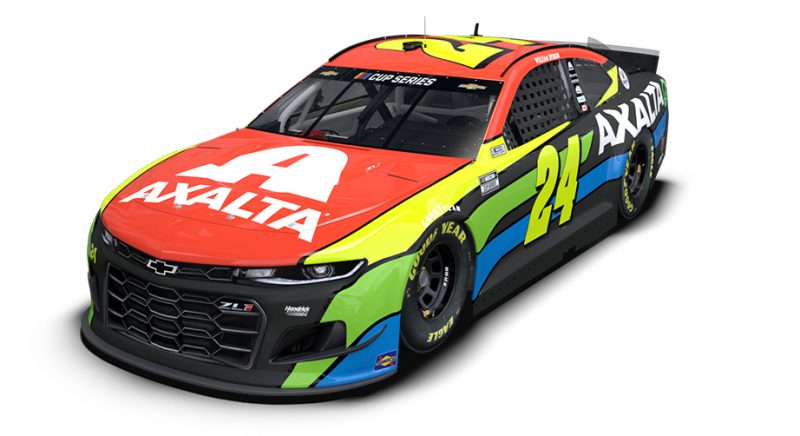 On track, meanwhile, Byron will be driving around in a bright-colored, Axalta-sponsored Chevy Camaro ZL1 1LE that is reminiscent of the “Rainbow Warrior” that NASCAR legend Jeff Gordon made famous in the 1990s and 2000s. Axalta will sponsor the Hendrick-run No 24 Camaro for 16 races throughout the 2021 NASCAR Cup Series season. The 23-year old’s car will also feature backing from Liberty University for select NASCAR Cup Series events this year.