If you were in high school in the mid-1980s to about the mid-1990s, a Chevy Camaro IROC-Z (International Race Of Champions) was one of the cars to have. The kids that did usually had parents with considerable disposable income and lavished such gifts upon their children. Those of us who could not afford such lofty transportation were forced to wait until we could more easily foot the bill. Now, Chevy Camaro IROC-Zs are seeing a resurgence in popularity, as those who were of driving age when these cars were new, now have disposable income of their own. 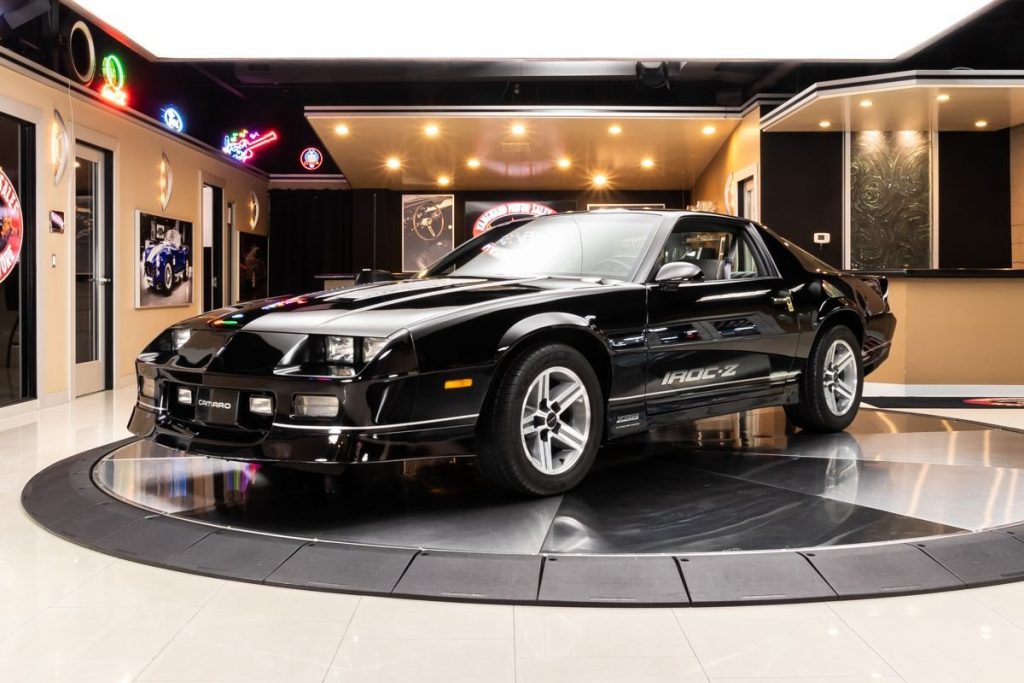 If you are searching for one of these ’80s icons, this may be the one to have. This unrestored Chevy Camaro IROC-Z coupe has travelled only 28,500 miles from new, fewer than 900 per year.  This time capsule has never been driven in foul weather. Delivered on New Year’s Eve in 1986, it is equipped with the optional RPO B2L Tuned Port Injection 5.7-liter, or 350 cubic-inch, V8 producing 220 horsepower. The 5.7 was only available in IROC-Z trim, and only with the 700R4 four-speed automatic transmission. 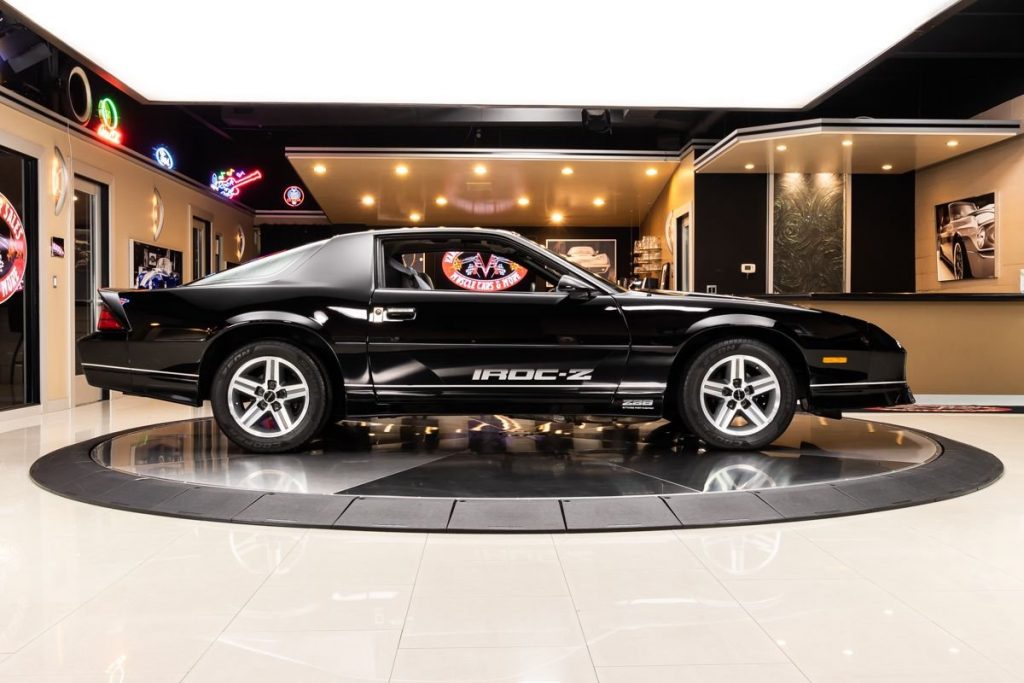 The exterior finish is Darth Vader black. Every surface is glossy and shined to perfection. The wheels are free from rash, so often a trait of these pony cars. There are no signs of abuse, another characteristic so common to these. Glass is free of nicks or chips, and the weatherstrip presents well. 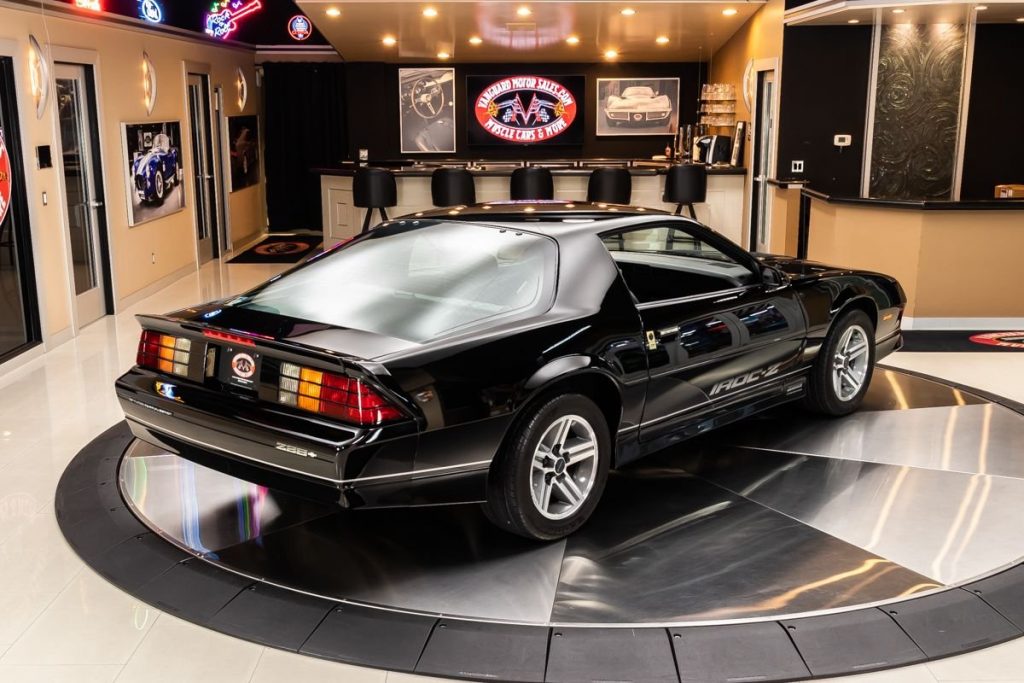 The interior looks showroom fresh. Carpets are free from appreciable wear or stains. The leather-wrapped steering wheel is still in fine fettle. Gray cloth seats show no bolster wear. The warping and twisting that was so common to GM cars of this era is nowhere to be found. This Chevy Camaro IROC-Z is well equipped with the top-of-the-line IROC option package #3 including power steering, power disc brakes, A/C, tilt wheel, power locks, intermittent wipers, cruise, power driver seat, power mirrors, AM-FM/cassette with equalizer, and a host of other goodies. 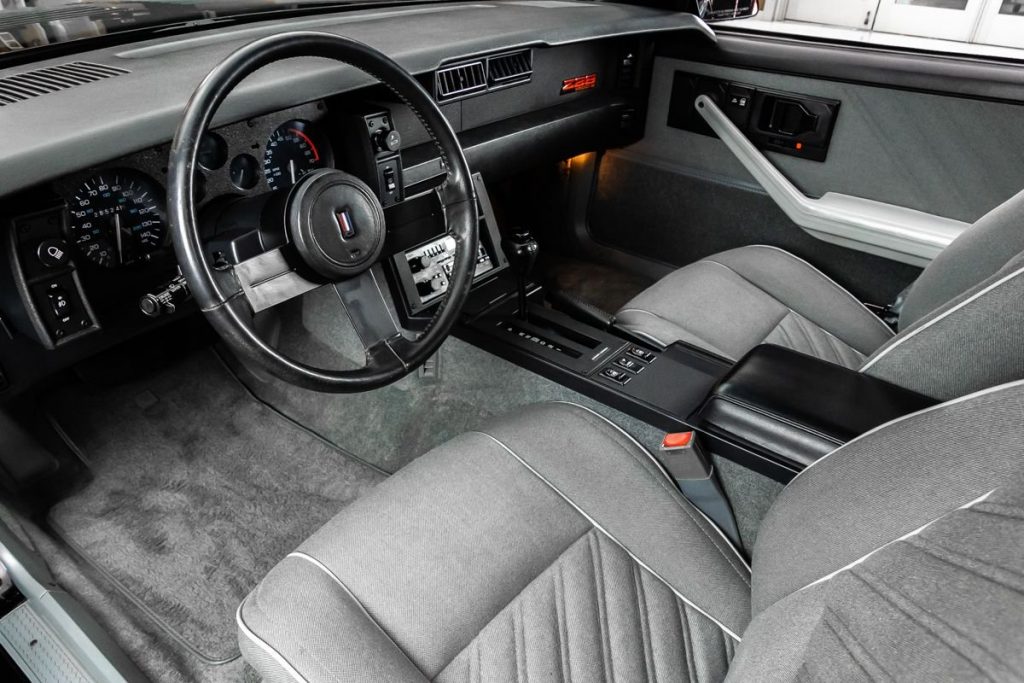 Spotless is the word for the engine bay of this Chevy Camaro IROC. The Tuned Port Injection 350 is clean and correct, appearing to have had a thorough detailing. Everything just looks new. The same can be said for the undercarriage, as the appearance is close to showroom. Newer Cooper radial tires have been fitted. 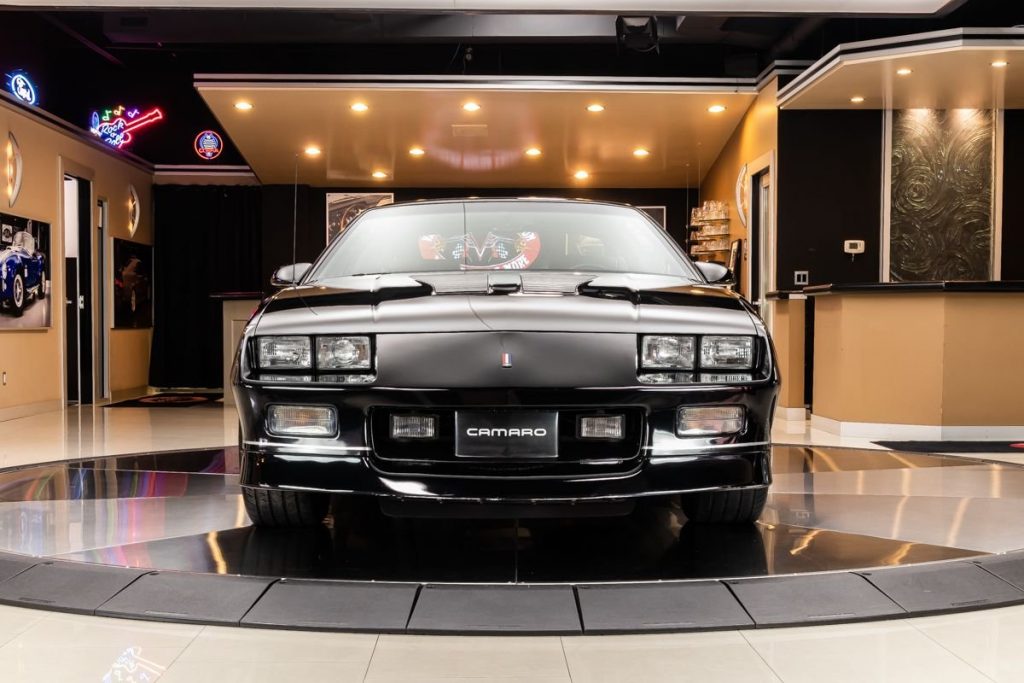 This remarkable Chevy Camaro IROC-Z is for sale here at Vanguard Motor Sales. 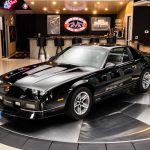 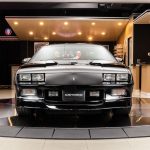 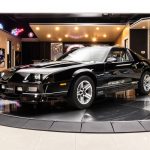 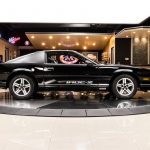 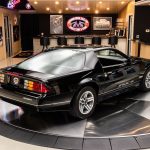 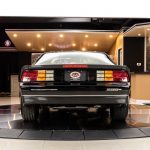 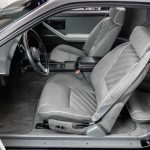 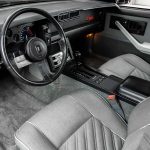 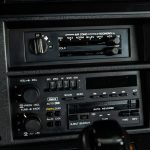 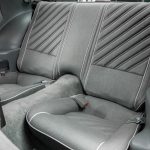