The new Hyundai Ioniq 5 battery-electric crossover has made its official debut prior to its market launch later this year.

The Hyundai Ioniq 5 is the first production vehicle to utilize the Korean automaker’s new E-GMP dedicated electric vehicle platform. While this retro-futuristic EV may look small, it’s actually fairly large, boasting a sizable 118.1-inch long wheelbase. The subcompact Chevy Bolt EUV, by comparison, has a 105.2-inch wheelbase. That means the Ioniq 5 will compete with future GM electric crossovers that are a bit larger than the comparatively tiny Bolt EUV. 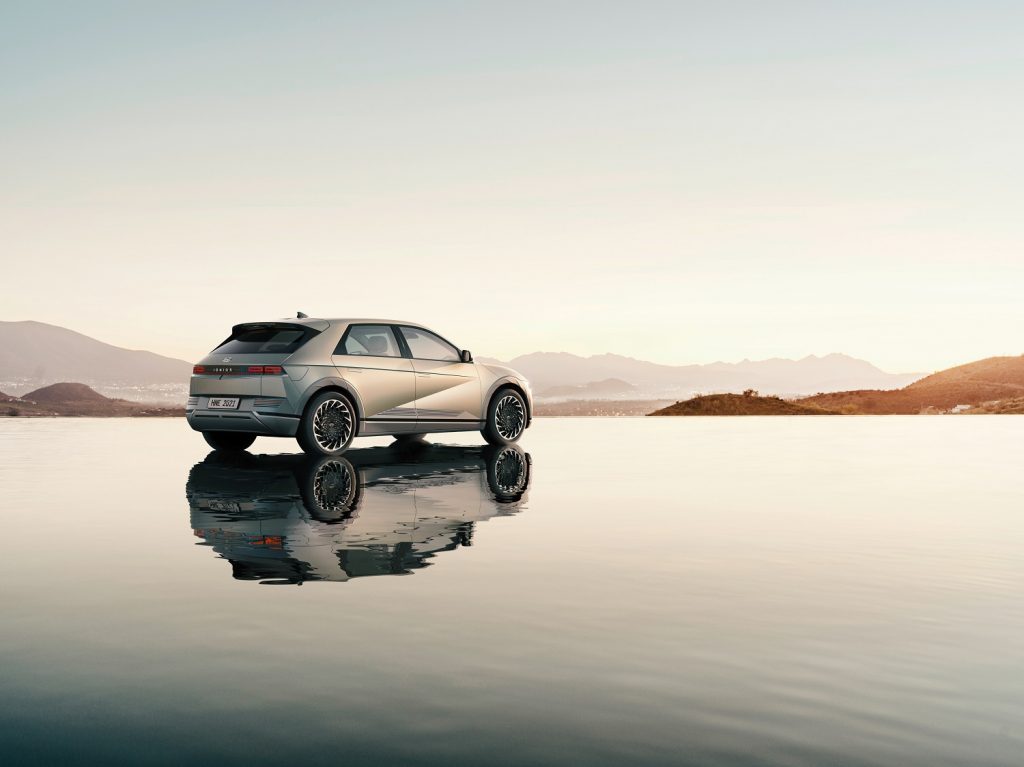 Motivating the Ioniq 5 is a single rear-mounted electric motor producing 215 horsepower and 258 pound-feet of torque. There will also be a dual-motor all-wheel-drive model, which produces 302 horsepower and 446 pound-feet of torque. A 58 kWh lithium-ion battery is standard, while a larger 72.6 kWh battery pack can also be equipped. Hyundai has so far only provided a range estimate for the RWD model with the larger battery pack, which will be able to travel 298 miles on a charge according to the generous WLTP cycle. 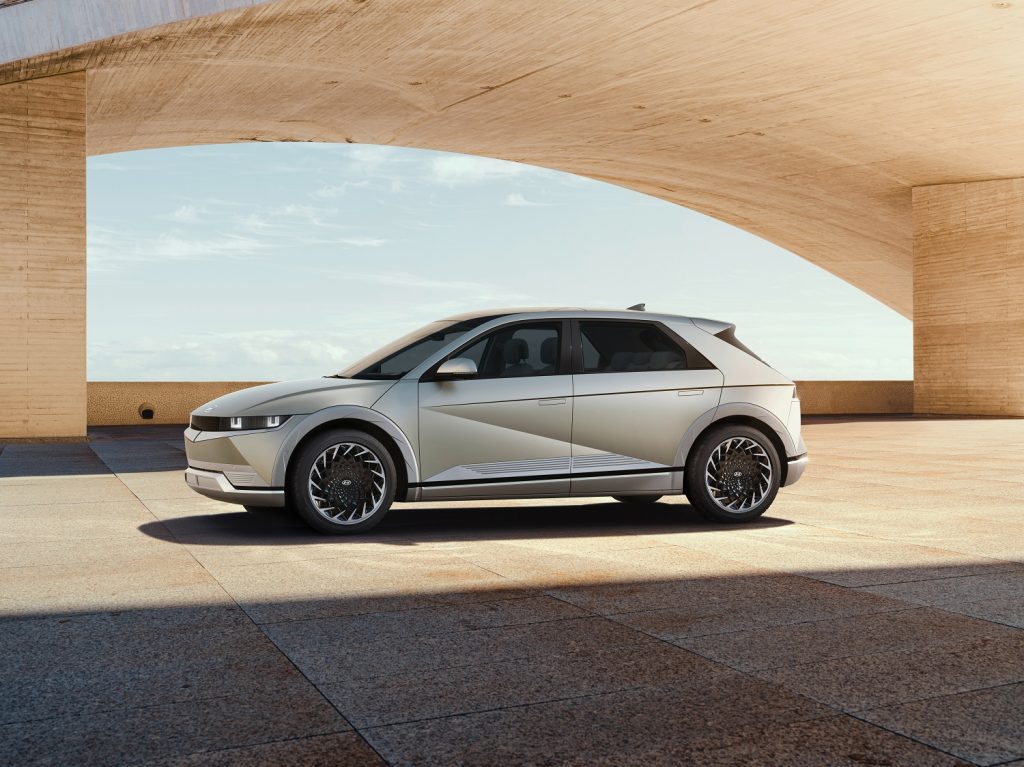 The EV comes standard with 800V charging capability, though it will also come with support 400V charging infrastructures. When hooked up to a 350 kW DC fast charging station, the Ioniq 5 will be able to charge its battery from 10 percent to 80 percent capacity in less than 20 minutes. A five-minute charge will net the user 100 km of range, as well. 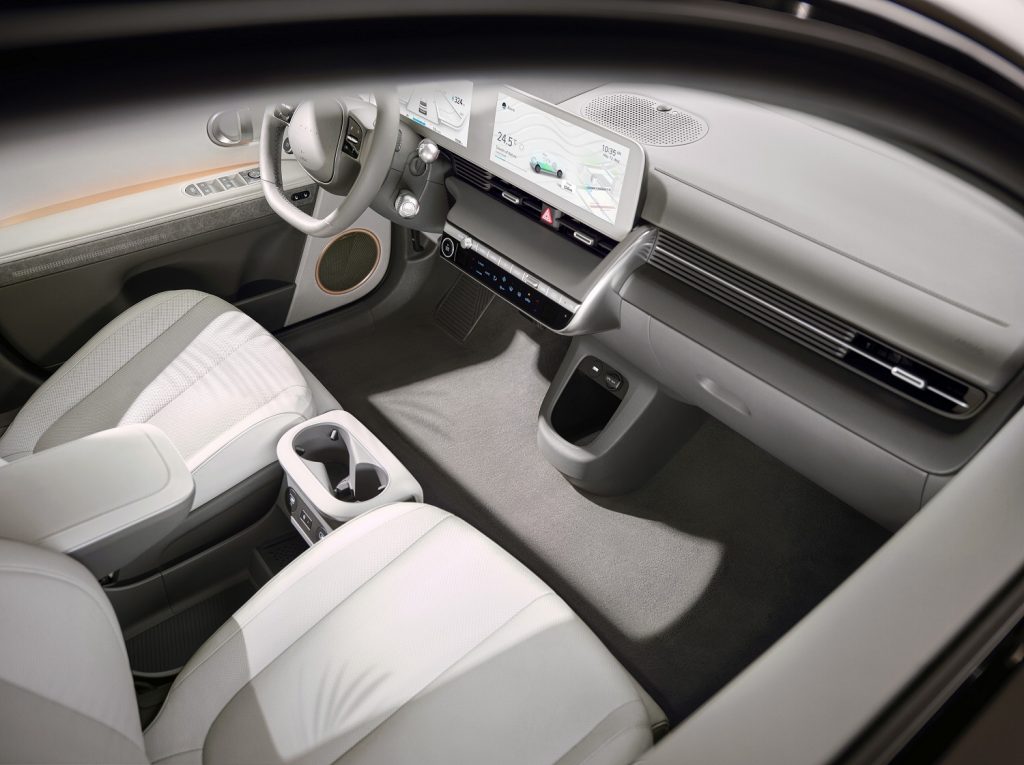 Inside, the Ioniq 5 features a light and airy interior with upholstery and trim made from eco-friendly materials like recycled water bottles, plant-based leather, plant-based yarns and natural wool. A 12-inch driver’s display comes standard and is joined by a 12-inch widescreen infotainment display. There’s also an available Augmented Reality Head-Up Display that can project digitally-rendered graphics onto the windshield, essentially turning it into yet another display screen for the driver. 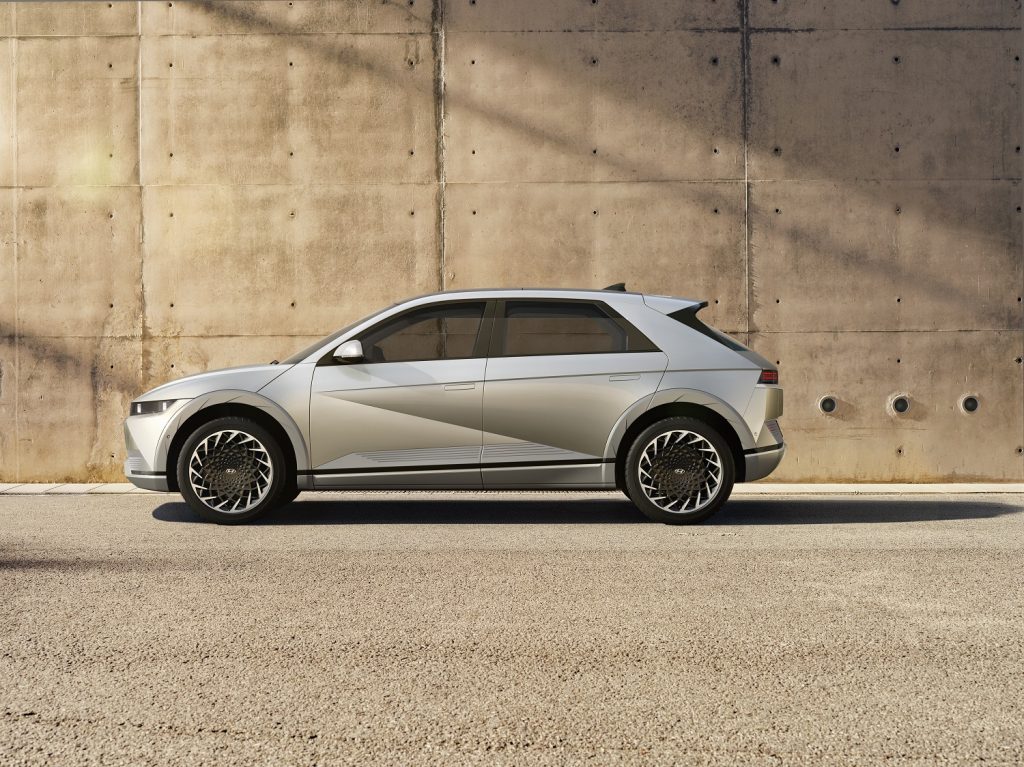 Hyundai says the Ioniq 5 will be available in “selected regions” starting in the first half of 2021. That likely means it will launch in Korea sometime in the coming months before arriving stateside later this year as a 2022 model year vehicle. Details on availability and pricing should be available closer to its U.S. market launch.

Be sure to subscribe to GM Authority for more GM-related Hyundai news and ongoing GM news coverage.