The 2022 Cadillac CT4-V Blackwing colors will include ten exterior hues. Eight of the ten colors are extra-charge options, six are metallic, one is a tintcoat, and one is a matte finish.

The anticipated additional cost for premium paint options is $625 for metallic options, $1,250 for the tintcoat option, and likely even more for the matte option, though pricing has yet to be officially confirmed. The matte hue is officially called Dark Emerald Matte, and while it is the first-ever matte option for any CT4 model, it’s in fact the third matte finish to be offered by Cadillac within the last decade. Crystal White Frost was offered in 2016, and was exclusive to the ATS-V and CTS-V Crystal White Frost Edition models. In 2013, a special run of 100 CTS-V coupes were finished in Silver Frost matte, and the collector-edition models were only offered through select dealers. 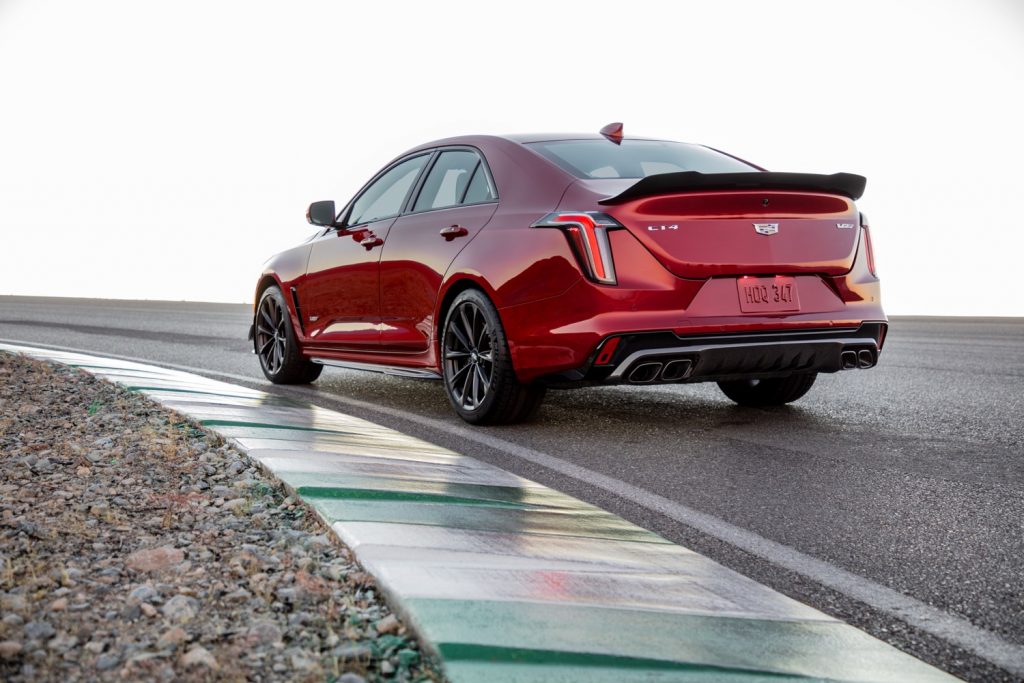 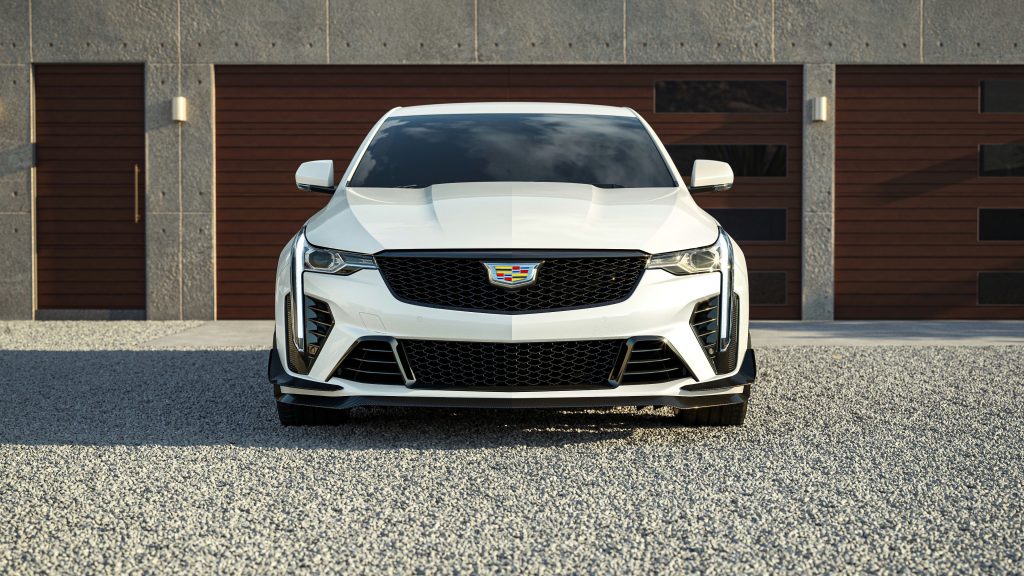 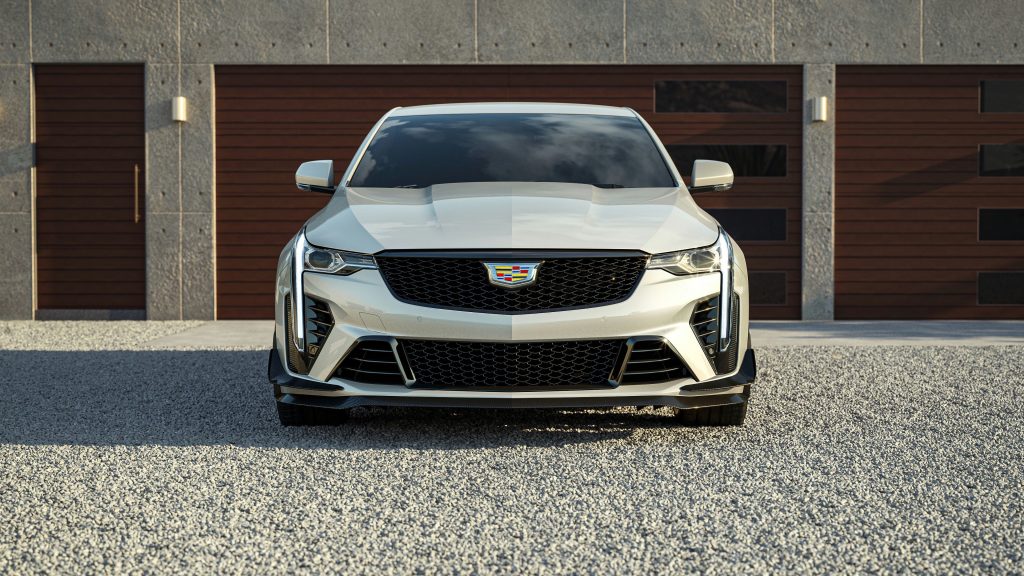 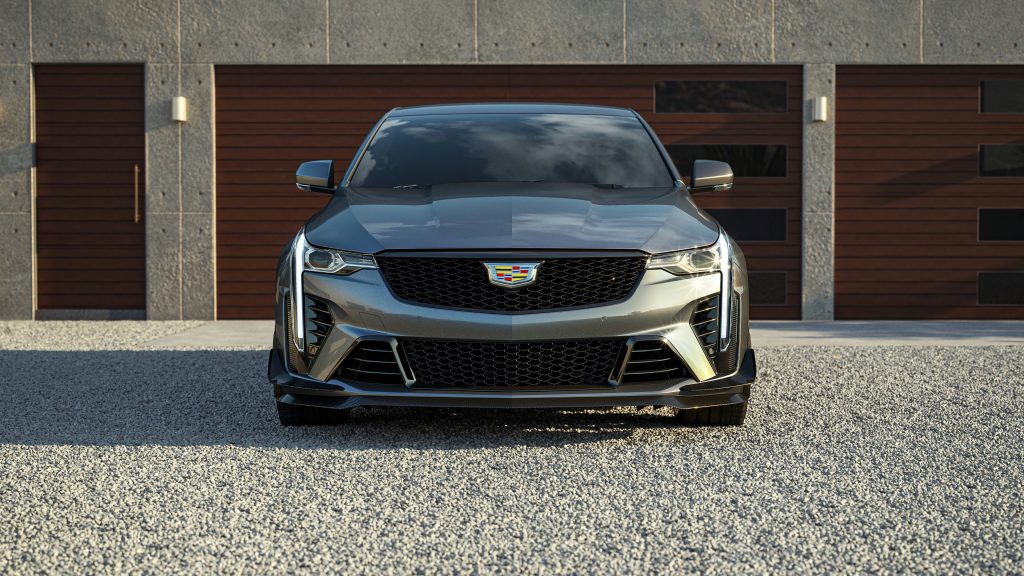 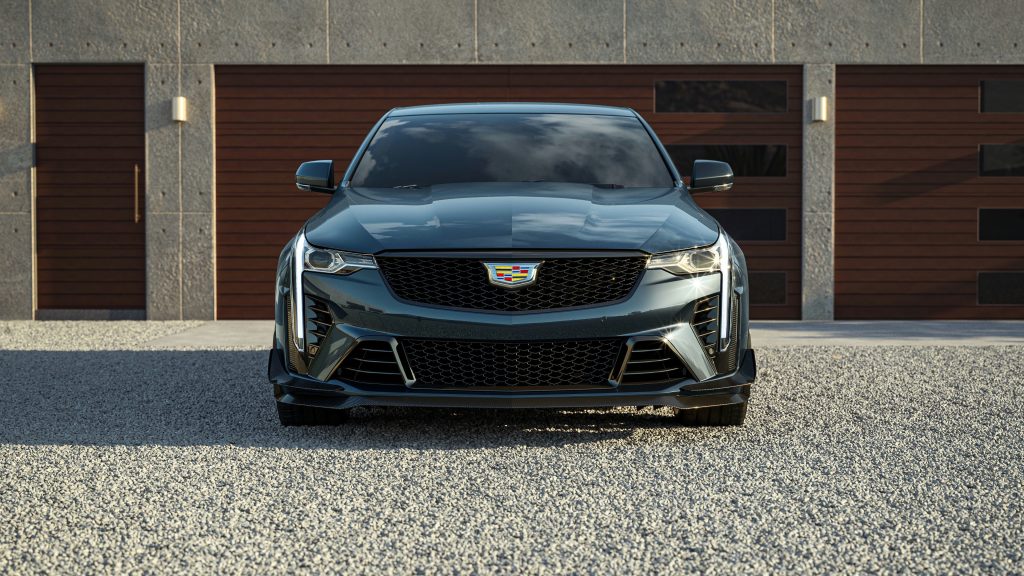 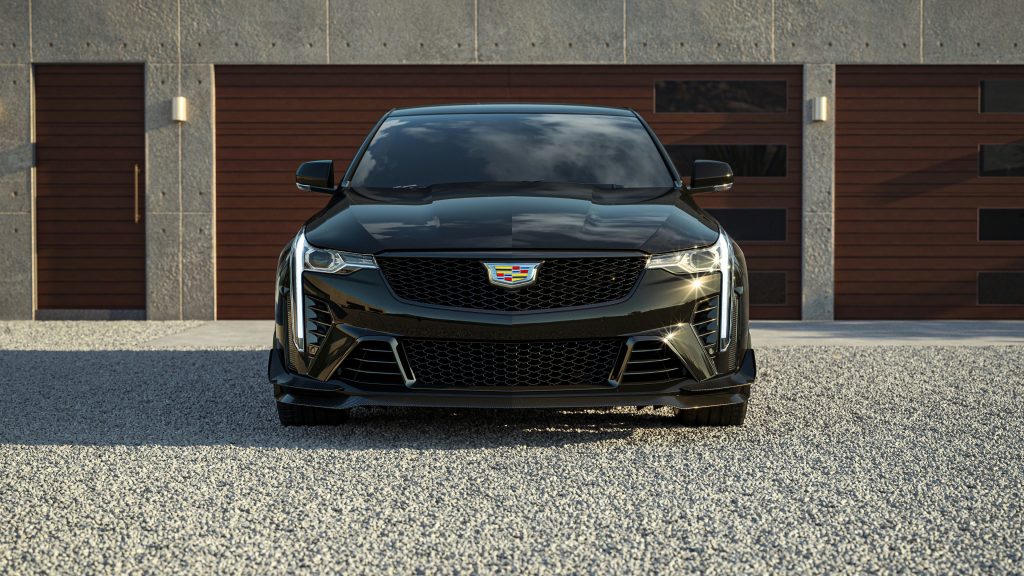 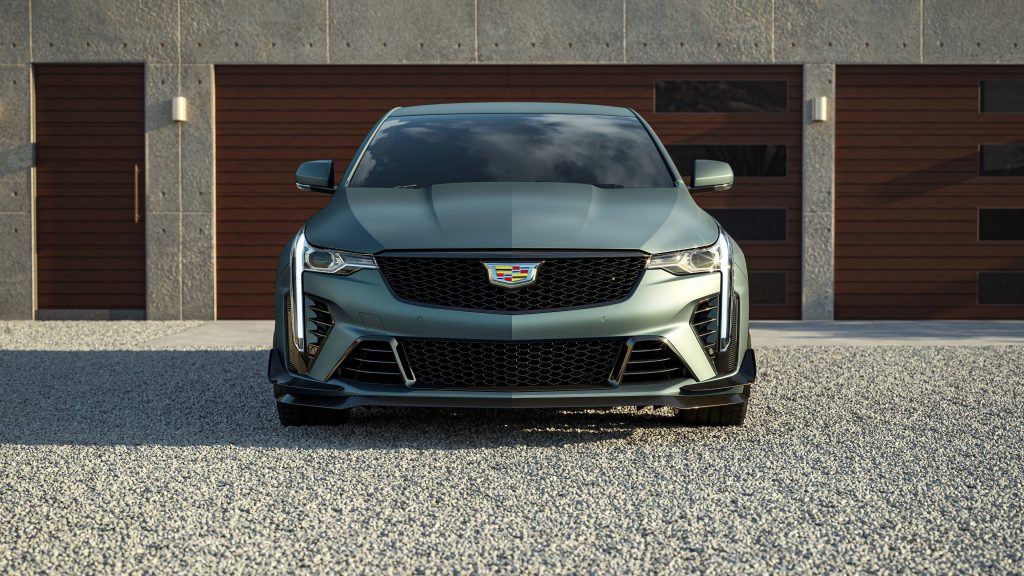 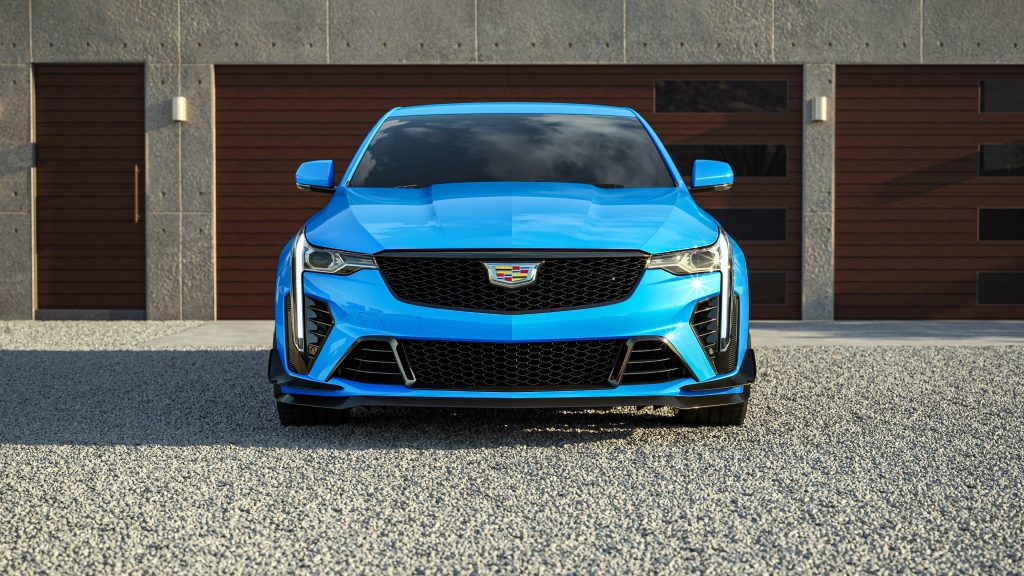 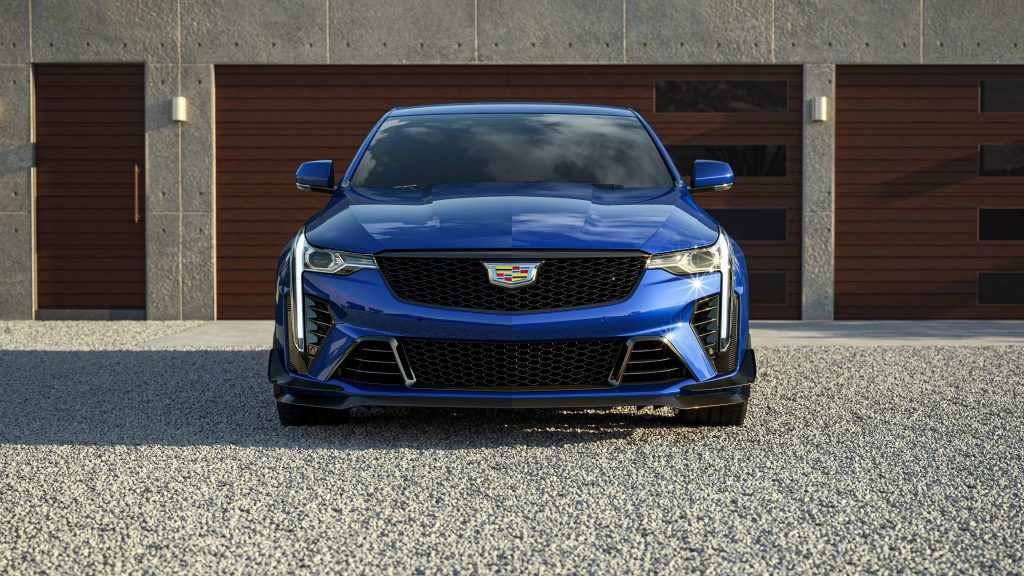 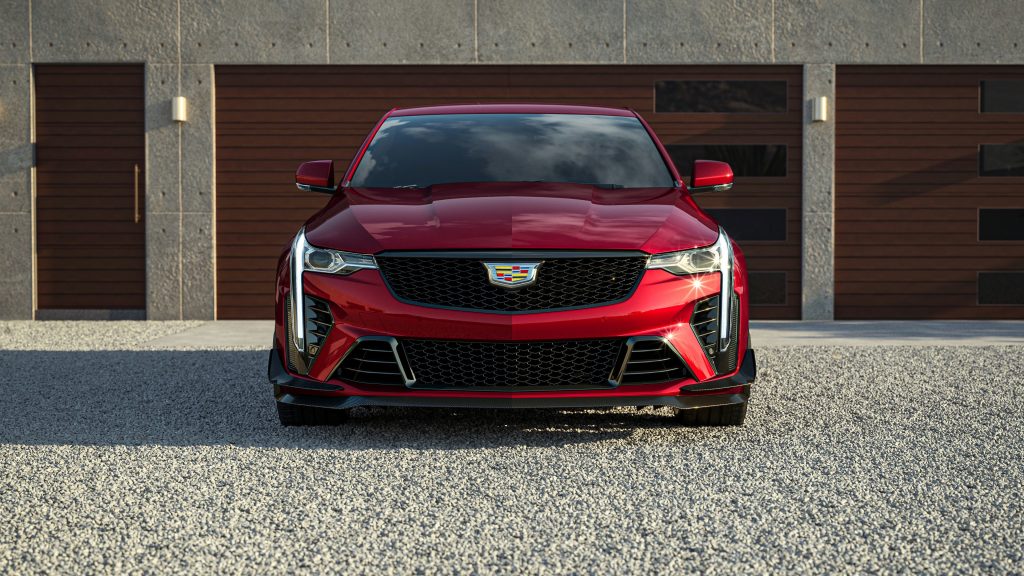 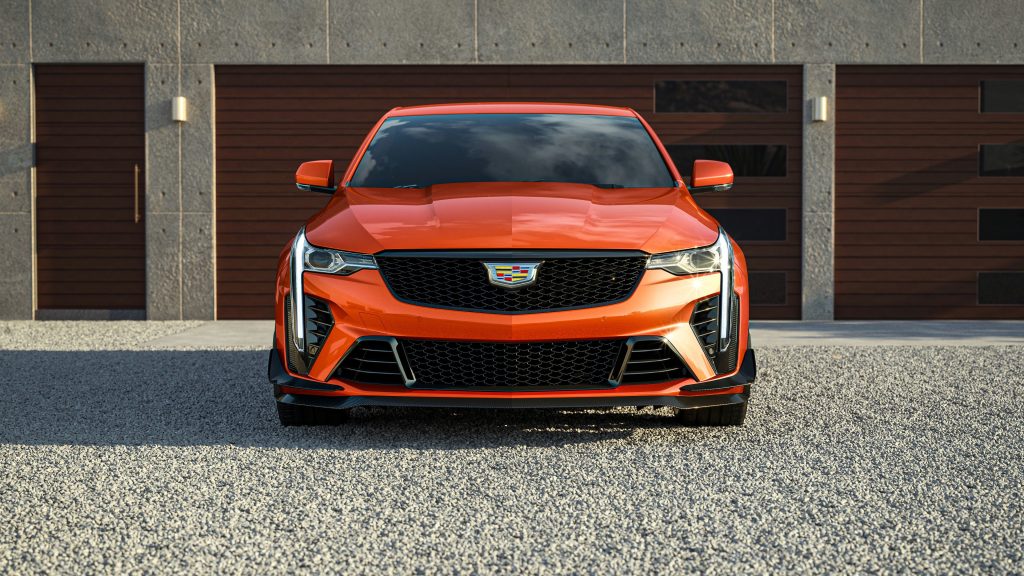 Notably, any exterior color option may be coupled with any interior color combination. Additionally, customers who opt for standard front bucket seats (RPO code AQ9) will only have Jet Black as an interior option choice. Upgrading to leather seating surfaces with a sueded back panel (RPO code AQJ) opens up the Sky Cool Gray color. Upgrading to the most expensive seat option – semi-aniline leather with custom quilting and carbon fiber back panels – is the only way to open up all three interior color options.

To clarify, there are six interior colorways available, designated by six different RPO codes. However, those six break out into three different colors in three different combinations, as shown above. Notably, some of the configurations include a tertiary accent in the form of red piping or stitching, though Cadillac does not use this aspect to identify the color combination, as the identity is based on the primary and secondary interior hues.

For those who might’ve missed it, the Cadillac CT4-V Blackwing made its official debut on February 1st via an online streaming event (alongside its larger brother, the CT5-V Blackwing), with the first 250 pre-orders opening up shortly after and selling out within roughly a day. The very first units of the ultra-high-performance, luxury sedans are set to arrive this summer as 2022 models, though it’s worth highlighting the fact that the Dark Emerald Matte finish is set to become available later on in the model year, and in limited numbers. All other 2022 Cadillac CT4-V Blackwing colors are expected to have regular availability.