General Motors has released a series of teaser videos previewing its upcoming series of Super Bowl LV advertisements, which will star Hollywood funnyman Will Ferrell.

GM’s Super Bowl LV advertisements are an extension of the previously announced “Everybody In” ad campaign that GM detailed in early January. The Everybody In campaign promotes the automaker’s ongoing transformation into an electric vehicle maker and is described as an integral part of its “comprehensive efforts to accelerate mass adoption of electric vehicles.” 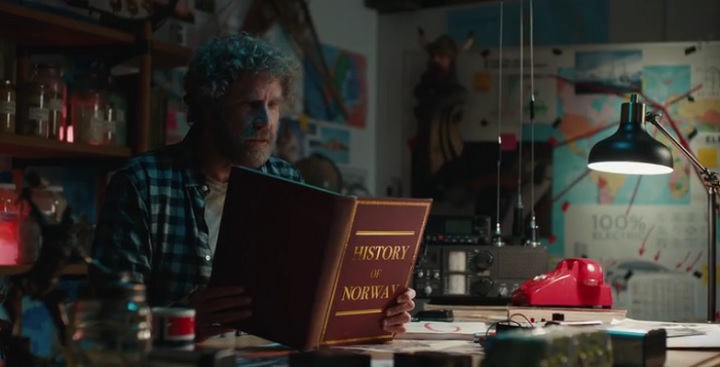 The new Super Bowl LV ad campaign will star Ferrell and will follow him as he learns more about the country of Norway. GM did not reveal why Ferrell has a fixation with the small Nordic nation in the ads, but electric cars are extremely popular in Norway, enjoying an impressive 54% market share in the country. We’ll have to tune in on game day to really find out what the deal is with Ferrell’s Norway obsession, though.

“With all the Olafs, skiing and year-round sweater weather, why is actor and EV enthusiast Will Ferrell so obsessed with Norway? The answer to the question posed in these big game teasers is coming soon, but it has something to do with Ferrell – and General Motors – wanting Everybody In on electric vehicles,” the automaker said in a press release sent out Monday. “Perhaps someone should tell him GM has 30 EV models coming by 2025.”

“Everybody In demonstrates our intent to lead, while inviting others – policymakers, partners, individuals – to play an active role in moving society forward, whether that’s helping to expand infrastructure, advocating for progress in their communities, or simply taking an EV for a test drive to learn about the benefits of EV ownership,” General Motors’ chief marketing officer, Deborah Wahl, said of the new campaign last month.

Check out the teasers for the Will Ferrell Super Bowl LV ads embedded below. The full version of these ad spots will air during television coverage for the game next Sunday.