General Motors has donated more than 1,500 feet of used fire hoses to the Potter Park Zoo in Lansing, Michigan, which will be repurposed and made into toys and other “enrichment items,” for animals.

The hoses were donated to the zoo by the GM Flint Metal Center in Michigan, which is responsible for producing sheet metal stampings for the Chevy Silverado HD and GMC Sierra HD trucks. GM says the Potter Park Zoo, which has more than 500 animals in its care, plans to turn them into toys, puzzles, rope swings and vines to help keep its animals entertained. 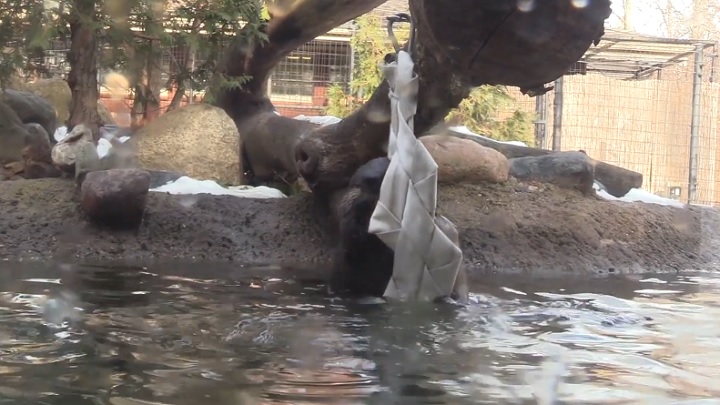 “The fire hose we get from Flint is the perfect size for us,” said Annie Marcum, the zoo’s lead zookeeper for carnivore and primate exhibits. “We often braid the fire hoses into different shapes and tuck food inside for the animals to pull out.”

“Enrichment is so vital because it gives animals a way to express natural behaviors and feel more satisfied with their environment,” she added. “It also gets the animals up and moving and gives the zookeepers a way to educate guests about an exhibit.” 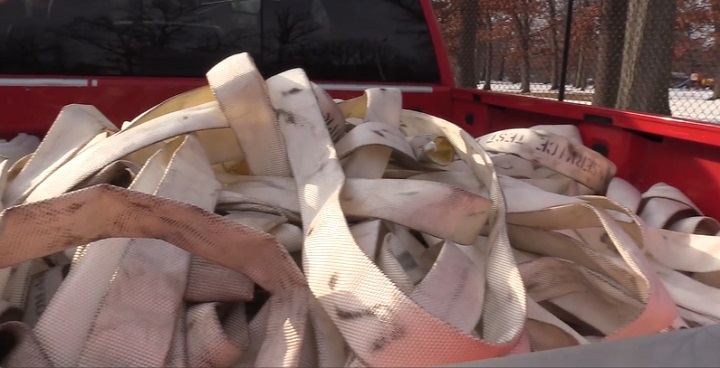 Fire hoses at industrial facilities must be replaced every five years if water is not run through them. Monica Walker, an environmental engineer at the GM Flint Metal Center, recently realized it had been five years since the facility last donated fire hoses to the Potter Park Zoo – which in turn reminded her to replace the firehoses at the plant for new ones.

“I recently found a flier from our first donation to the zoo, and I realized that it had been exactly five years since then,” Walker said. “It was time for new hoses and another delivery.”

The partnership between General Motors, the Flint Metal Center and the Potter Park Zoo started in 2015. Neil McFadden, a former millwright at the plant, had a conversation with his daughter Annie Marcum about the need for fire hoses to create animal enrichment items at the zoo where she worked. Their conversation eventually resulted in the partnership, which the zoo says “provides numerous benefits for the animals as well as a sustainable way to recycle plant materials.”