Back in 2019, Arkansas-based shop Flat Out Autos unveiled its new K5 Tahoe, a custom K2XX platform Chevy Tahoe with exterior styling inspired by the iconic K5 Blazer. While the response to the K5 Tahoe was a bit divided, Flat Out Autos seems to have had no problem selling them, as it just delivered four of the pricy custom SUVs to one single buyer. 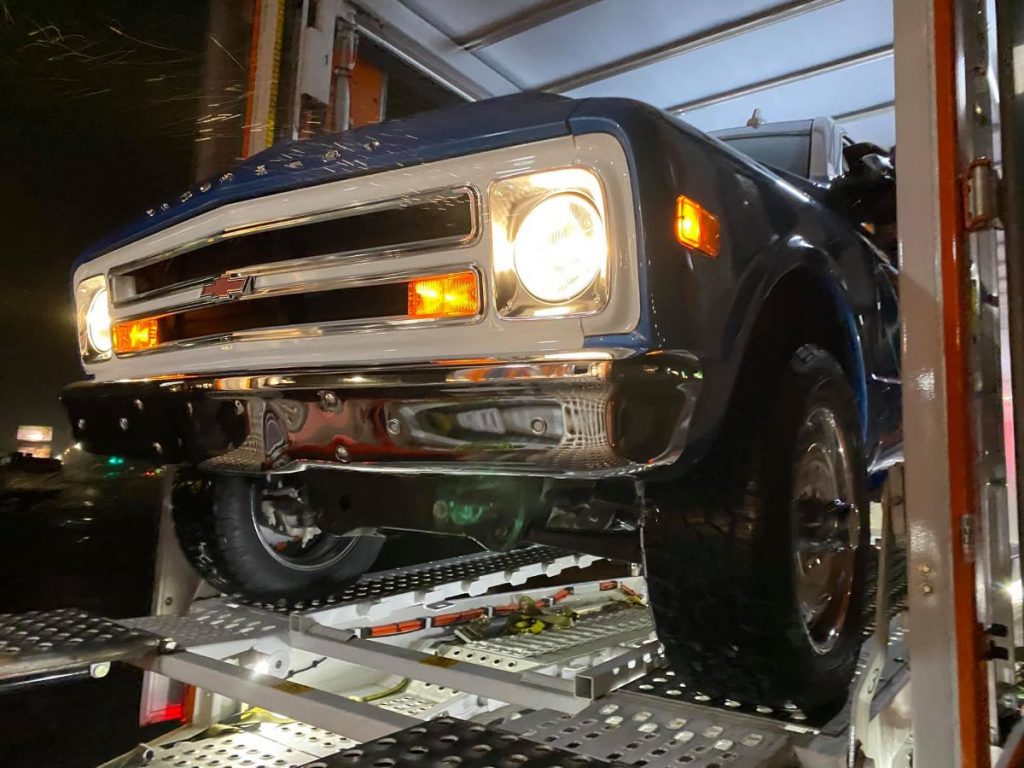 In a Facebook post shared this week, Flat Out Autos said it had just wrapped up a massive order for four blue 2020 K5 Tahoe units and attached a video of the vehicles driving single file near its shop. It later shared a photo of them lined up outside of the shop, which was followed by a third showing the vehicles being loaded onto a Reliable Carrier truck early Thursday morning before the vehicles were shipped out to the proud new owner. 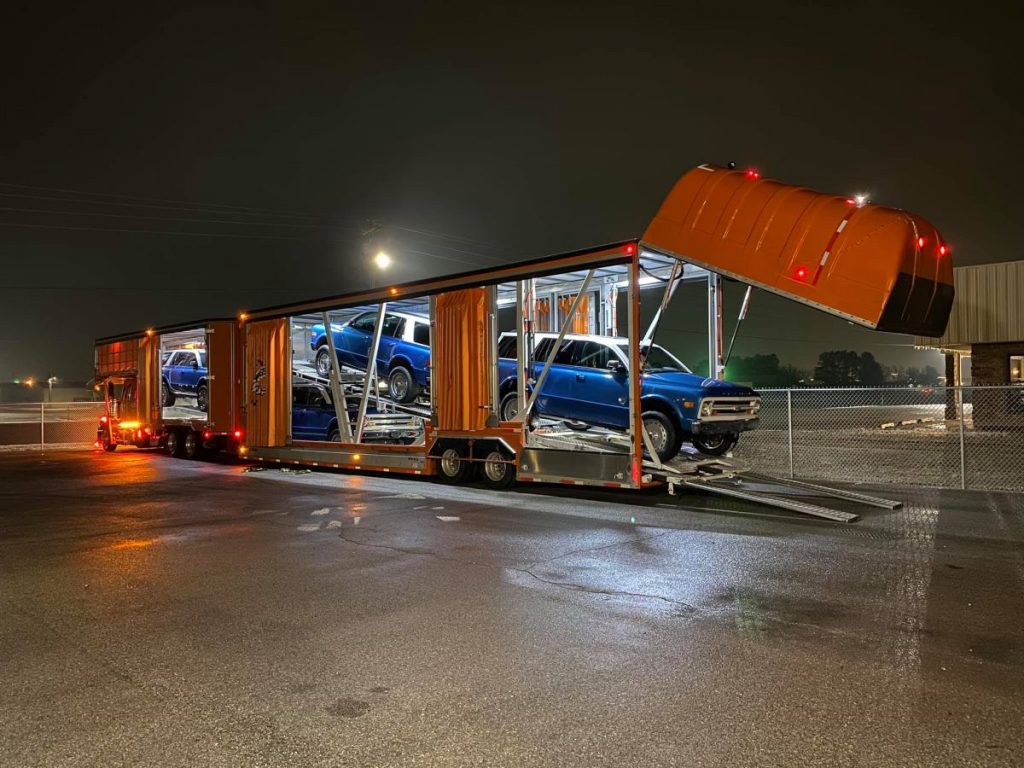 This buyer seems to have chosen to stay private, but they probably aren’t hurting for cash, as even buying one K5 Tahoe is a big expense – let alone four. Flat Out Autos doesn’t list the base price on its website, but one of these retro-inspired Chevys sold for an eye-popping $110,000 USD at a Mecum auction last summer, which gives us a pretty good ballpark. One of these custom SUVs can be based on most K2XX Tahoe donor vehicles, but the one Flat Out Autos showed at SEMA last year was a range-topping LTZ trim level. 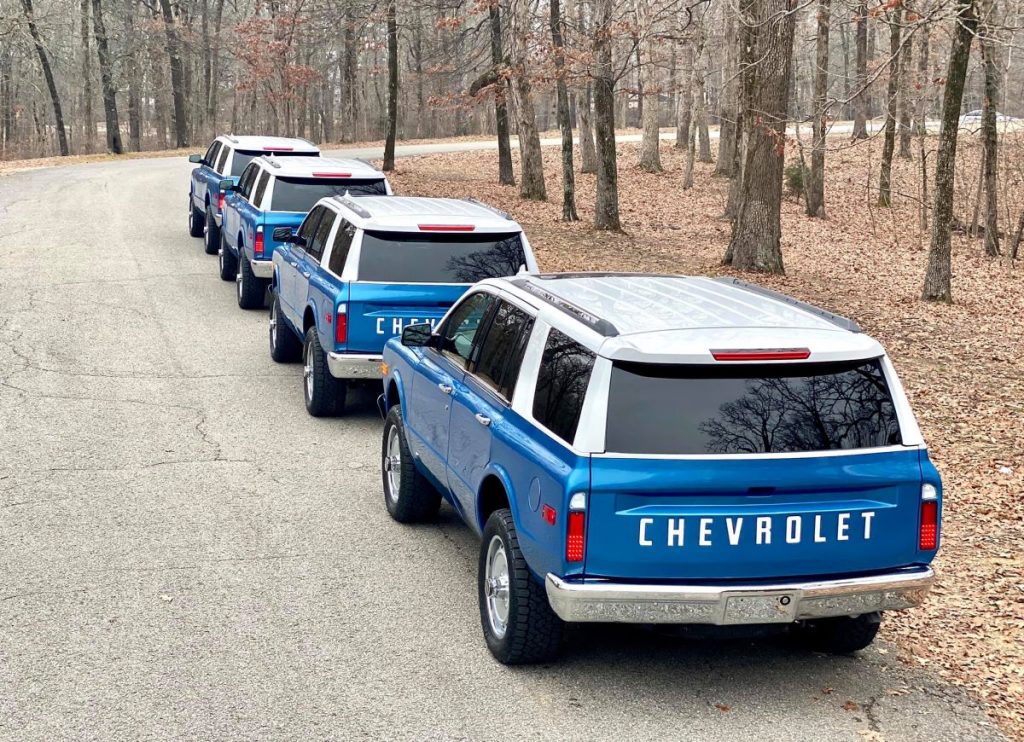 Unlike the original K5 Blazer, the K5 Tahoe is a four-door with a fixed, non-removable roof. What it lacks in authenticity it makes up for with modern-day creature comforts and performance, though, giving buyers the retro looks of a classic with the comfort of a regular daily driver. It may not be for everyone, but judging by this large four-unit order, those who like it, like it a lot.